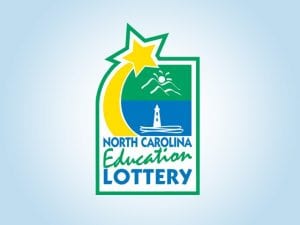 With the North Carolina General Assembly back together for the short session, the ongoing debate about lottery funds could once again be up for a vote. Let over from last year’s session and examined by legislative study committees, raising the cap on advertising spending by the North Carolina Education Lottery could be up for discussion this session, opening the door on the percent of lottery funds being returned to local districts.

“Lottery funds are important to our district and district’s across the state,” said Macon County Schools Superintendent Dr. Chris Baldwin. “These funds go toward debt service on school capital projects in Macon County. This allows us to use local funding for other important items and services that benefit the classroom.”

The North Carolina Education Lottery generated $2 billion last year, and of that, after prizes are paid out, retailers for commissions, administrative costs, advertising costs and incentives are paid out, only a little more than 17 percent of the money generated through the lottery is given to public education.

When the lottery law was passed in 2005, it was established to create funding that would be divided between three areas of concern in education. Fifty percent was said to be allocated to reduce class size in the early grades by hiring more teachers and for pre-k programs, 40 percent was to go to school construction and 10 percent was to go 10 scholarships for students in need. Since inception, the school construction portion of the law has been decreasing, with only abound 17 of that 40 percent being given back to counties. In 2013, the law was amended and wording was adjusted to say the money just had to go to education-related needs.

Macon County Board of Education Chairman Jim Breedlove says the decreasing in funding is a trend that local districts want to see end and something that a lot of school systems can’t continue to sustain.

NCACC Board President Glen Webb noted that the funding the lottery provides school districts is crucial to the success of public education in North Carolina. “The reinstatement of the 40 percent language in the lottery statute is very important to counties,” said Webb. “As county budgets continue to struggle, funds for school capital needs remain scarce.  Counties have asked for a reinstatement of the language willing to  compromise and have an incremental increase with the understanding that our partners in the legislature face tough budget constraints as well.  Currently, the appreciated 100 million dollar disbursement to counties makes up only about 12 percent of the proceeds. Just in my county that leaves our disbursement approximately 2 million dollars short annually. The bedrock of growth for our state is a robust public education system and counties are the tip of the spear in making that happen. I look forward to cooperating with our legislators to track this in the right direction with the recognition that this will be a marathon, not a sprint.”

Seniors relive kindergarten memories with the opening of a time capsule