Petitions to clean up litter in Macon County have been placed around town by one local businessman who is tired of seeing community roadways covered in trash. Jerry Anselmo, owner of Great Smokey Mountain Fish Camp and Safaris, has taken the initiative to launch an “Assault on Litter” campaign in hopes of stirring local support to clean up roadways in Macon County.

“I moved to Macon County 22 years ago, and it seems like litter has continued to get worse and worse,” said Anselmo. “I do everything I can to keep the road around my business cleared, but as soon as I get it picked up, it seems to get covered right back up.”

Anselmo’s business is centered around Macon County’s tourism industry and after having several of his out of town clients write letters complaining about the litter and debating about vacationing elsewhere, Anselmo decided to petition local governments and the community in hopes of igniting a campaign to clean up Macon County roadways.

“Tourism is what my business is built on,” he said. “And the litter on our roads and in our rivers is detrimental to all businesses in Macon County and something needs to be done.”

To get the campaign started, Anselmo contacted businesses in Highlands and Franklin that have tourism-centered business models such as Outdoor 76 on Main Street and local realtors who operate throughout Macon County. The businesses have helped place petitions to collect signatures in support of a litter pick up. Rob Gasbarro with Outdoor 76 said Anselmo’s petition hangs on the community board in the shop for people to read over and has since gained signatures from a few Franklin residents.

The petition outlines the litter problem and urges county and town leaders throughout Macon County to work to increase awareness through signage and penalties incurred as a consequence for littering.

At the Franklin Board of Aldermen retreat on Saturday, Mayor Bob Scott introduced the issue of litter around Franklin and urged the board to consider options on how to address the issue. Town officials agreed that while a lot of the litter appears on state maintained roads, when town employees who are driving town vehicles come across a heavily littered area, they should and can start working to help clean up the roads.

Franklin Alderman Brandon McMahan also encouraged the board to consider helping to lead the charge in establishing a Spring festival in downtown Franklin that celebrates the season, gets people downtown shopping and encourages them to help clean up Franklin as a possible way to address the litter problem. Board members supported the idea and suggested a festival and litter initiative could be something that not just Franklin, but all of Macon County could benefit from. 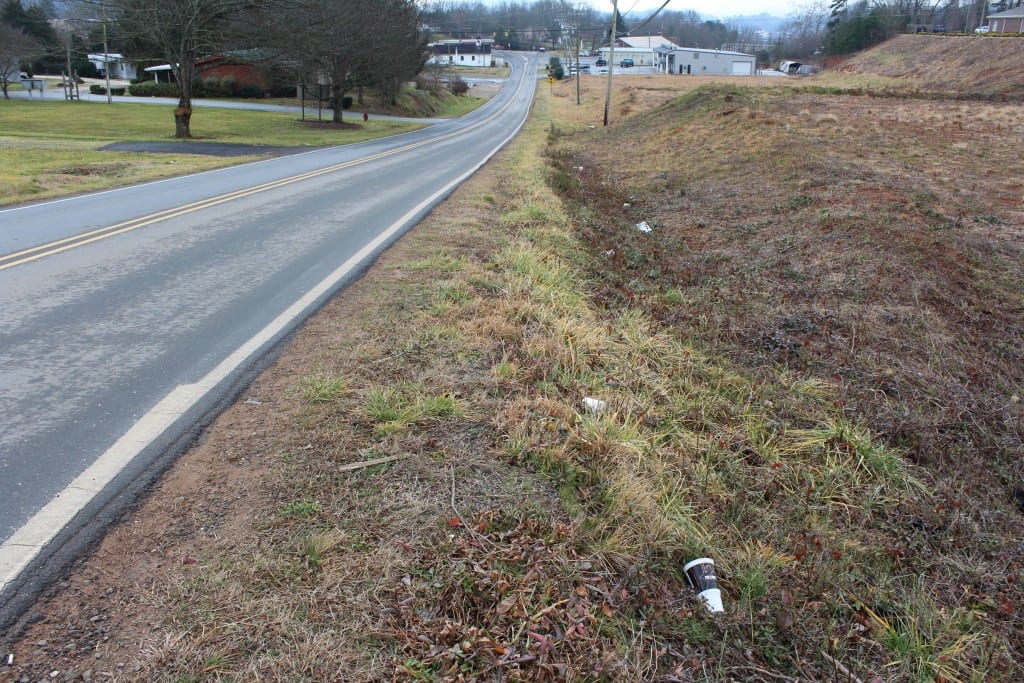