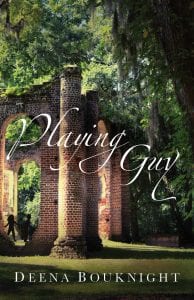 Besides the area’s celebrated authors, such as Ron Rash and Charles Frazier, an abundance of noteworthy writing talent exists in Western North Carolina. Reading actual books is up significantly across the country, despite continued access to technology. And books written by local authors present distinct vernacular language, history, and sense-of-place nature descriptions that bind readers to stories.

Bordeaux, a native of Franklin and a retired middle school teacher, was inspired by the beauty of the mountains to write, “A Song of Life and other Poems.” Chamber’s book, “Tunnel of Time,” published in 2017, is a “fantastic journey across time.”

Collier, a native of Franklin and graduate of Western Carolina University, is the author of four novels, as well as the new owner of Franklin Office Supply. Her adventure romance novels are “Unwritten,” “Unbecoming,” “Kissing Hollywood,” and “Pink.”

“Frankie – A Life Cut Short: Her Life and Unsolved Mystery,” written by Evans, delves into the unsolved murder mystery of Frances S. Bullock, a 40-year-old widow who was brutally stabbed to death July 26, 1963, at her home in Franklin.

McDonald’s “Windy Garden” is shared expression of her imagination over the years and stories that had been captured in her diaries growing up. And another first-person account is that of Plott’s: “When Living on a Farm: An Appalachian Memoir.”

Claire Suminski, along with her family, publishes the Cowee Sam children’s book series, which have as their central character a loveable Great Pyrenees dog.

Willis, who graduated from Franklin High School and WCU, shared a poignant account of local 1960s rural culture in “The Life of Mikey, a memoir.”

Woodford authored “When All God’s Children Get Together: A Celebration of the Lives and Music of African American People in Far Western North Carolina,” which is a well-researched account of a distinct aspect of the area’s history.

Shope’s “Tales from Skeenah Creek,” published in March 2019, is set in the Civil War time period and spotlights a soldier’s adventures and struggles.

Baker captured oral history in his non-fiction books: “My Mountain Heroes: Stories of Inspiration & Courage From Macon County’s Greatest Generation,” and “My Mountain Granny: The Story of Evelyn Howell Beck in the Mountain Town of Whittier, N.C.”

Shook, who is curator at Macon County Historical Museum, captured his family’s local legacy in a book he accomplished with Carol Schere titled “A Journey in Courage: Based on the True Story of one American Family.”

Lyons, of Highlands, unveiled her novel last year, titled “Southern Shamrock,” about a journey to Ireland to learn family history discovered in letters. McPhail, also in Highlands, garnered much attention with her novel, “The Abolitionist Daughter,” based on true events about stereotypes of the Civil War South. Lyons and Highlands-based Sharpe, as well as many others in Macon and even Jackson County, attend a weekly writers group at The Bascom: A Center for Visual Art. Sharpe’s two books, “The Seers” and “Next Earth” explore futuristic questions regarding creation, science and humanity.

Last July, author and poet Brent Martin, who owns Alarka Expeditions with his wife, Angela,  unveiled his book “The Changing Blue Ridge Mountains: Essays on Journeys Past & Present.” The Martins host a monthly N.C. Writer’s Network meeting of local published and unpublished writers at Cowee School Arts and Heritage Center. (Meetings will resume in the future.)

Kirkland has written several books. “Europe in Low” is about two college graduates bicycling across Europe post World War I. “Ride the Sea” explores the tragedy of the sinking of the Titanic taking it in a whole new direction.

And of course, although he has long been deceased, William Bartram is perhaps Macon County’s most well-known and well-read author. An American naturalist who traversed the Western North Carolina mountain in the 1700s, Bartram wrote in detail of his findings and observations regarding Cherokee, plants, animals, trees, etc. His poetic prose takes readers to an Edenesque landscape: “At the return of the morning, by the powerful influence of light, the pulse of nature becomes more active, and the universal vibrations of life insensibly and irresistibly moves the wondrous machines. How cheerful and gay all nature appears! Hark!” And, it is because of Bartram that Macon County offers miles of hiking trails that bear his name.

Most locally authored books are available for purchase at Books Unlimited, as well as online. “Local authors provide plenty of topics for all interests,” said Harouff, which shared that hours for the store, located on Main Street in Franklin, have changed – because of COVID-19 – to Wednesday through Saturday, from 11 a.m. to 5 p.m. Employees at Books Unlimited offer curbside service, for customer who do not want to enter the store.

Potential economic boost in Franklin to be sold to the highest...