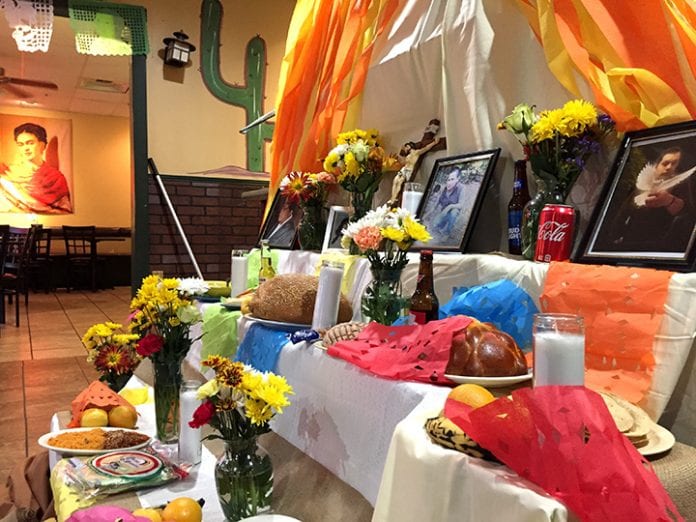 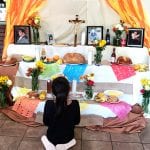 For those not with us anymore, sometimes a photo and a candle is all that can be done to honor their memory. Two young Mexican men died in Franklin in the past four years. Like many local Mexicans, their remains were repatriated to their home country for burial.

That leaves family members and friends at a loss for how to honor their memory each year on the Mexican holiday of Día de los Muertos, Day of the Dead, when they cannot light a candle and sit at their tombstone to eat sweet bread on Nov. 2.

Luis Guillermo Saavedra was just 34 and Jose Montero Luna was 32 when they died in 2014 and 2016, respectively. Both young men made Franklin their home for a decade or more. When Saavedra died, his friends and family took up a collection at St. Francis Roman Catholic Church to raise the $10,000 required to repatriate his body to Mexico for burial.

Alex Hernandez, manager at Los Tamalitos Mexican restaurant on Highlands Road, decided to deviate from Halloween décor this year at the restaurant, and instead embrace the three-day Mexican holiday that runs from Oct. 31 to Nov. 2. While most area Mexican families create their own altars for loved ones at their homes, Hernandez made a public altar at the restaurant and invited Mexicans and non-Mexicans to view the tradition of laying flowers, candles and photos of loved ones on different layers, along with the things they liked to eat.

“Guillermo arrived in 2005, and like everyone, he wanted to achieve the American dream,” said Hernandez in a Spanish-language interview. “He worked hard, like everyone.”

Montero left behind a wife and two daughters. Sofia, 3, and Valentina, 6, visited the altar along with friends to observe the things their father liked: Cacahuates, or Mexican nuts, a Bud Light beer and concha de chocolate, a sweet bread shaped like a shell with a layer of chocolate. 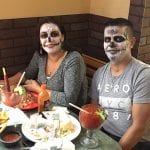 “I thought of how much he would like to come and eat it again,” reflected Jolanda Montero, Jose Montero’s sister and owner of the nearby Mexican store La Guadalupana, where Montero worked for some time. “That’s part of the tradition. That [their spirits] will come down and enjoy the things they liked to eat.”

Hernandez said the two young men were active in church and the community and had perished suddenly. While their bodies were in Mexico, he believes on Day of the Dead, their spirits returned to Franklin.