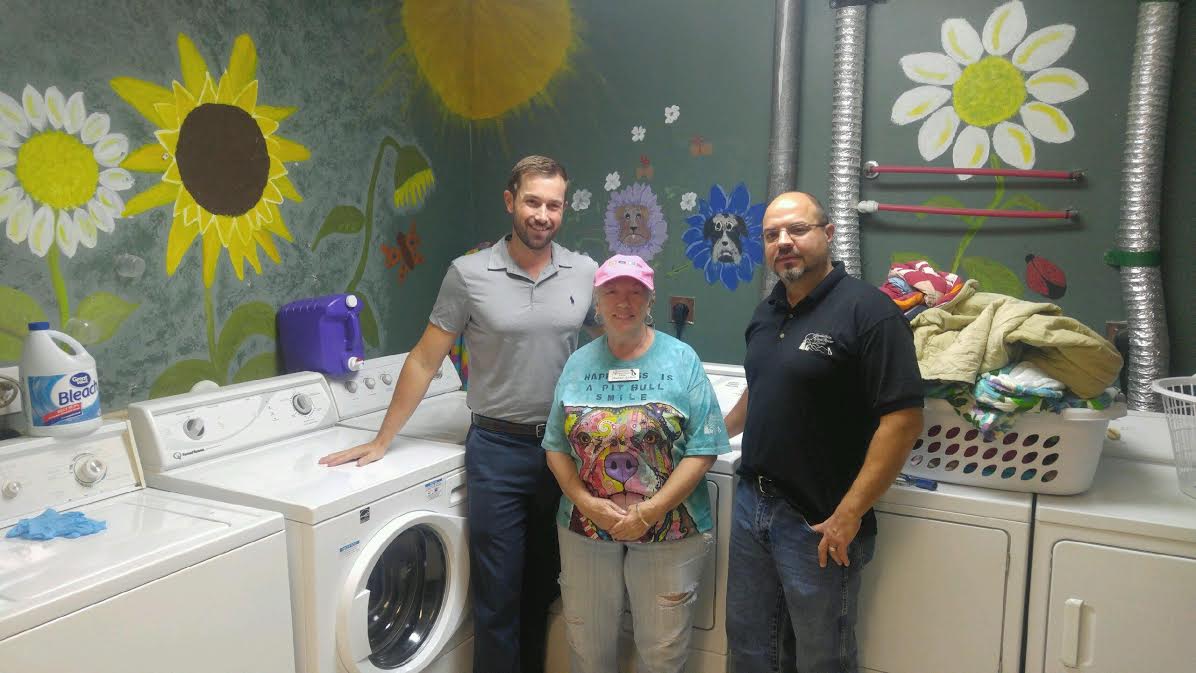 At any given time, Appalachian Animal Rescue Center has three sets of washer and dryers running to clean the blankets, towels, and bedding needed to keep the shelter running. Because AARC is a non-profit organization, they operate on donations and constant community fundraisers. Every time a washer and dryer has broken down at the center, the shelter has been fortunate to have another one donated, but because of the heavy use the shelter puts on the washer and dryer they would often wear out the appliances, which were always intended for residential use.

“We would go through washers and dryers pretty frequently because we just depend on them so much,” said AARC board member Sharon Archer. “We knew we needed a commercial set, but weren’t really sure how we would afford it.”

Over the years, Lt Gilbreath, owner of Macon Appliance Mart, would either donate used washers and dryers to the center or would sell the appliances at cost to help support the center and their efforts. Knowing how often they went through the appliances, Gilbreath decided to donate a commercial set to help.

“We have always admired what the folks at Appalachian Animal Rescue do for our community and have helped in every way we can over the years,” said Gilbreath. “When we heard they were having trouble with their washer and dryer again we knew we had to find a way to get them the commercial appliances they need because residential washers and dryers just weren’t doing the trick.”

“We are so appreciative of Macon Appliance Mart and their donation,” said Archer. “Having the commercial appliances, which are specially wired for residential outlets, is something we never thought would happen. Most of the time commercial appliances have to have special outlets, and we would never be able to afford making that happen, but the Speed Queens are wired for residential outlets and are going to be perfect for us.”

Appalachian Animal Rescue Center held a Chillin’ and Grillin’ fundraiser on Saturday to raise funds for the shelter and with the support of the community, were able to raise nearly $500.