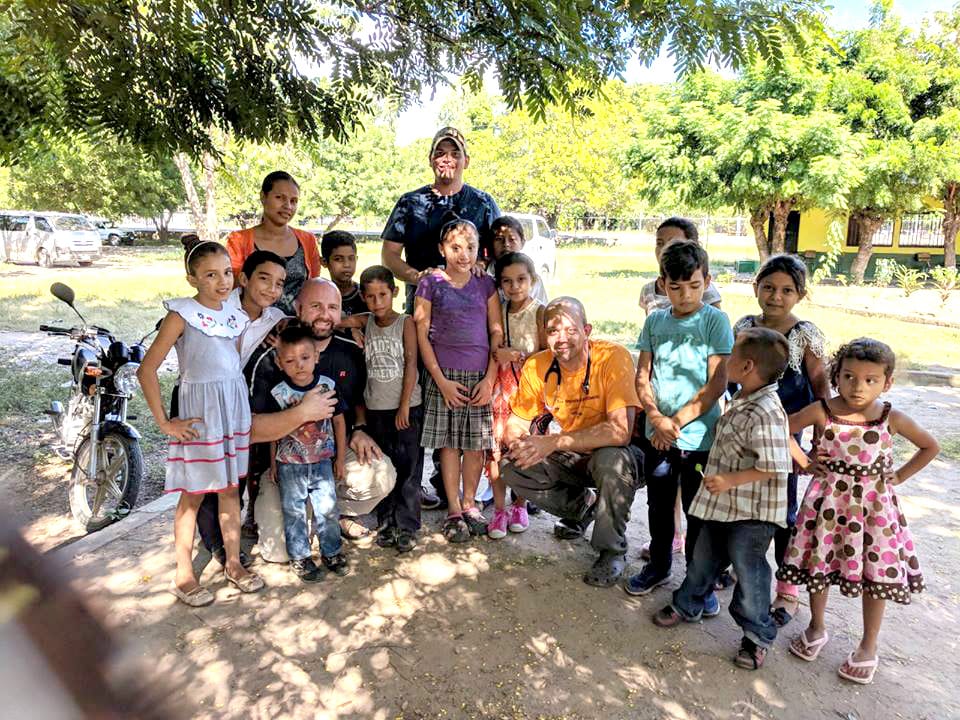 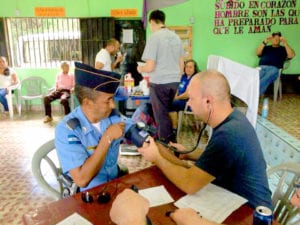 Several firefighters, police officers, and paramedics were part of a group of Macon County residents who travelled 2,917 miles to Choluteca, Honduras with New Beginnings Baptist Mission last week to provide medical care and ministry to the people of the region.

“Larry Nash from Bryson City started the mission,” said Joey Gibson, a paramedic from Macon County. “We went to share the love of Jesus Christ and provide medical care to the people of Honduras.  We did four different medical clinics while in Honduras. Each day we went to a different village to provide care. We take all of our own medications with us; some of these medications are donated and some are bought with the help of donations. We are able to provide medications for many different health problems, including diabetes, hypertension, rashes, and antibiotics for infections.”

Gibson was joined by Matt Pruett, a fireman with Franklin Fire Department 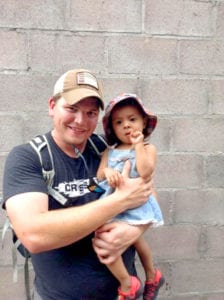 and Timothy Lynn, an officer with the Franklin Police Department.

“The trip was important because  the people we served are in need of basic medical care and medicine,” said Lynn. “By providing this care we are providing basic human needs and establishing relationships, which then opens the door to present the gospel to them.”

“The people of Honduras are in need of major help and the message of God needs to be delivered to that country,” said Pruett. 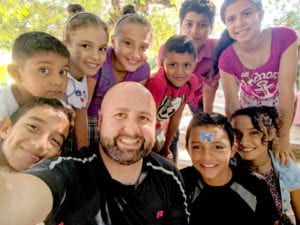 In each village the group visited, the school in the village would close for the day to allow the medical clinics to be conducted in the school which also allowed the group to do mini Vacation Bible Schools with the children.

Gibson, who has participated in similar missions in the past said that his favorite part was getting to meet the people.

“The people often wait for hours in the sun to be seen,” said Gibson. “They are always so thankful. The language barrier is always hard to overcome if an interpreter is not near, but the huge smile they give you says it all.”

Lynn recalls one interaction specifically that will stay with him long after the trip’s end.

“One thing that sticks out was an elderly lady who appeared to be blind since she was guided by what I assume was a family member,” said Lynn. “She was bent over and had a stick as a cane. We happened to have one cane in our medical supplies to give out. A team member got the cane, which had a soft handle on it and placed it in the lady’s hand. She immediately started beaming and although we don’t speak the same language, her face and demeanor said how grateful she was.”

Pruett said that while the clinics averaged 500 patients a day, the hardest 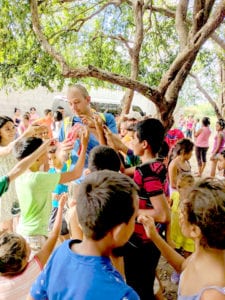 part was knowing that the group’s reach would be limited.

“The hardest part is knowing that even though we served about 2,000 people, there are many more that need help,’ he said.

Gibson said help from the outside is so crucial for the people of Honduras because the government does very little to help.

“The government will do nothing to help their people,” said Gibson. “If it wasn’t for groups like ours that go and help the people of Honduras, many would go without any type of medical care and their minor health problems would turn into much greater issues.”

Among the group who travelled to Honduras was one physician and two advanced practitioners. They teamed up with two doctors from Honduras to help see the patients.

Gibson said continuing mission trips like this one are crucial in building relationships with the people they serve.

“It’s important to build relationships with the people we are working with,’ Gibson said. “They may only see you once a year but they will always remember your name.” 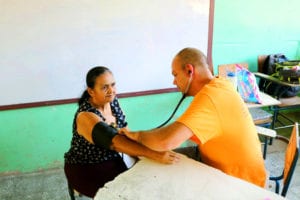 As the end of the trip, Pruett said that leaving the smiling faces of the children, knowing how much help they need, made the trip extremely hard, but spoke to its importance.

When Lynn was serving in the triage portion of the clinic, taking blood pressures and heart rates, he spent time with the children, playing games and even became a professional fingernail painter.

“The annual trips are important because it allows for relationship building,” said Lynn. “It shows that our care and love for them isn’t just a one time thing, it’s ongoing. Additionally, for many of the people we serve, this is probably the only time they receive any medical care and medicine.”

Choluteca is a municipality and the capital city of the Honduran department of the same name. Situated in southern Honduras between El Salvador and Nicaragua, the city is generally considered the regional centre of southern Honduras and is a major transit point on the Pan-American Highway. It has a major bus station and is home to the regional light (ENEE) and water (SANAA) utilities. The city is located on the Choluteca River, near the centre of the department. An arching silver bridge crosses the river into the city.

Choluteca’s population of around 100,000 makes either the fourth- or fifth-largest city in the country, depending on the source. It is the only major Honduran city on the Pan-American Highway. It is considered to be the second-hottest city in Honduras after Nacaome.

Locals at the ready for disaster relief

Home for the Holidays — Macon leaders reflect on their favorite...