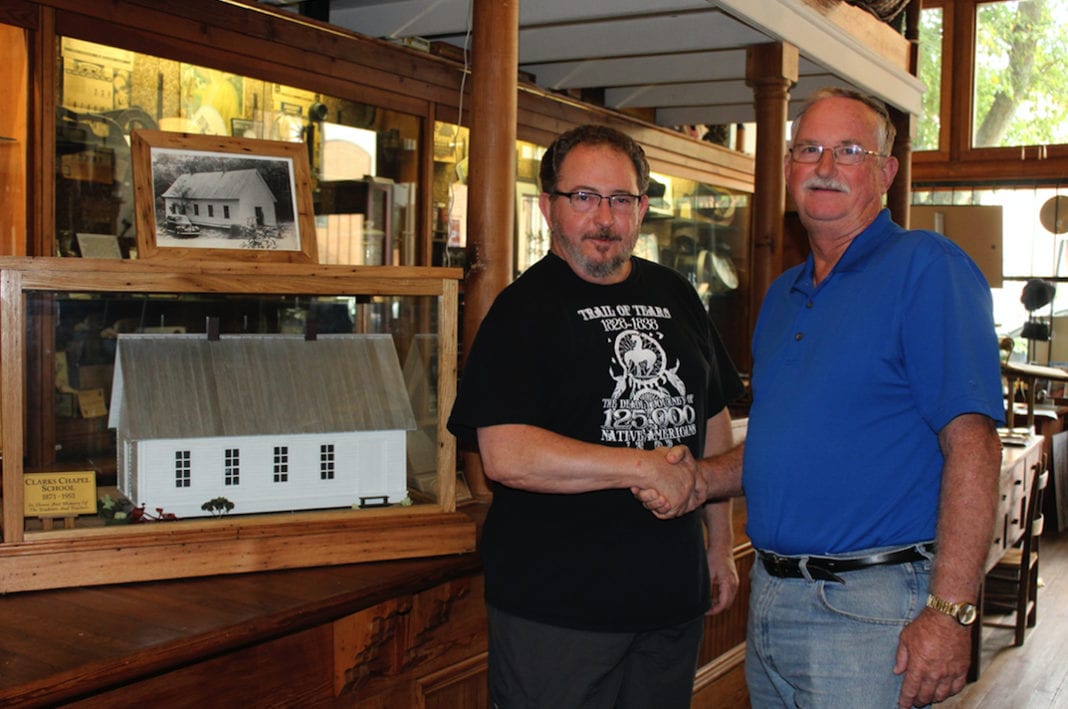 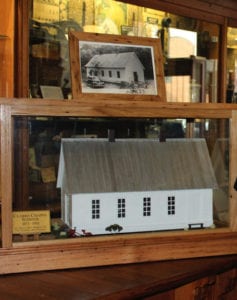 On Saturday, members of the Clarks Chapel Community helped dedicate a replica of the schoolhouse that was build by Bruce Wooten. There were 17 former students present for the dedication ceremony. While Wooten didn’t attend the school, he is from the Clarks Chapel community and wanted to help preserve the history. According to Wooten, when the schoolhouse was torn down, his father used some of the wood from the building to build on to their home. The schoolhouse display was donated to the Macon County Historical Society on Monday afternoon.

As a result of the action of the committee and school district in 1868, planning the first official county school, Clarks Chapel School, began in 1871. Before 1871, school was held in church buildings around the county. While planning started in 1871, it wasn’t until 1883 that land was donated by Lucius Cabe for the school building.

Around 1891, a new school building was constructed on the Billy Penland Estate. The first teacher in the new building was Jeff McConnell. Eventually, because of crowded conditions, a new building was erected just across the road. This building was a one room frame building paid for with county tax funds. The school year was five months long and sometimes was extended by subscriptions paid by parents to fund the teacher’s salary for extra months. There were 39 students, 21 males and 18 females and teachers were paid $25 a month. The school’s first teachers from 1871 to 1873 included D.H Sanders & B.M Angel, Charles R. Kimsey, John B. Arnold, Charles R. Kimsey, who finished the 1973 school year out and taught the school until 1889.

The building was expanded in early 1900s with the addition of another room, and a second teacher was added. The first, second, and third grades occupied a small room. The fourth, fifth, sixth, and seventh grades occupied a larger room.  The two-teacher system began about 1925 when Joe Daves and Ruth Callahan were hired. From 1925 until 1951 when the school was closed, Clarks Chapel had 15 different teachers. In the school’s last eight years, four teachers ran the school, Hazel Sutton, Joyce Cagle, Lucille Cabe, and Lucille K. Wurst.

Clarks Chapel School is listed as a North Carolina Historical School and while the building is no longer standing, there is a marker where it once stood. Visitors can view the replica schoolhouse at the Macon County Historical Society.

Harvest ramps responsibly to enjoy for many years to come