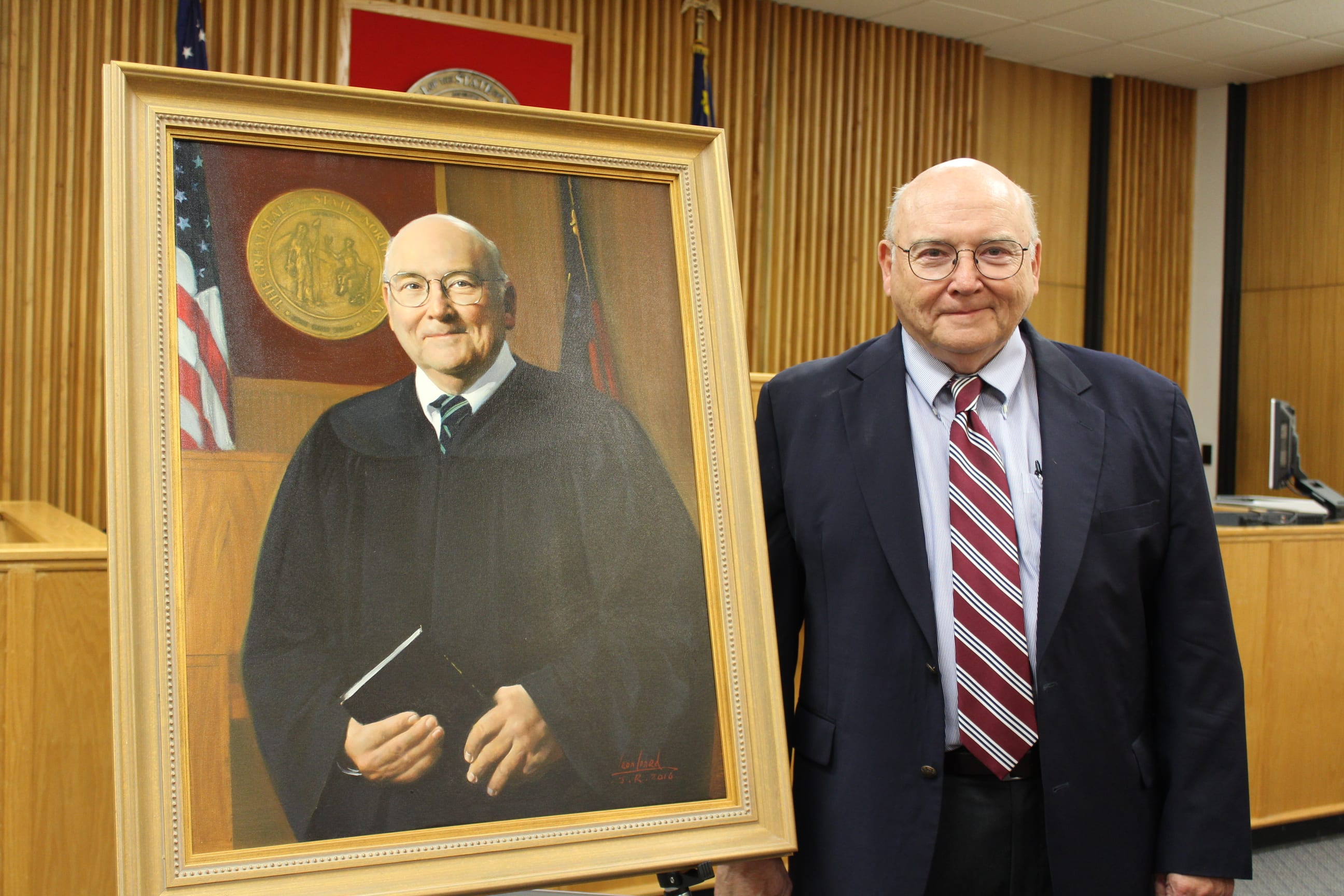 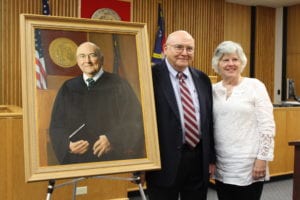 Macon County recognized the career of James Uriah Downs last week, unveiling his portrait in the halls of the Macon County Courthouse. Judge “Jud” Downs is a retired senior resident superior court judge whose jurisdiction included five counties of District 30A in the 8th Judicial Division of western North Carolina.

“Judge Downs has been a true public servant and for him to receive such an honor is well deserving,” said Macon County Sheriff Robert Holland.  “I have known and worked with him my entire career and while we have great judges in our District, there is no judge I respect more.  While his portrait will be displayed in our courtroom to serve as a reminder of his dedicated service I will have no problem remembering what he meant to the judicial process in our community for my lifetime.”

A Democrat, Downs was appointed to the court in 1983 by then Gov. James B. Hunt, the 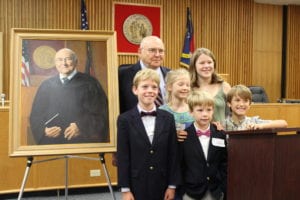 year before Hunt temporarily left the governorship in an unsuccessful campaign against Republican U.S. Senator Jesse Helms. After Downs retired from the bench in 2013, he returned to the private practice of law, working out of an office in Franklin. After his original appointment to the court, Judge Downs was elected to the bench four times without opposition. He presided over numerous capital murder trials and many complex civil trials.

Judge Downs retired when he reached the mandatory age of 72 on Sept. 1, 2013. In the spring of 2014, he joined the law firm of Sigmon, Clark, Mackie, Hanvey, and Ferrell in Hickory in Catawba County. His practice concentrates on eminent domain, wills, trusts, property disputes, and employment matters.