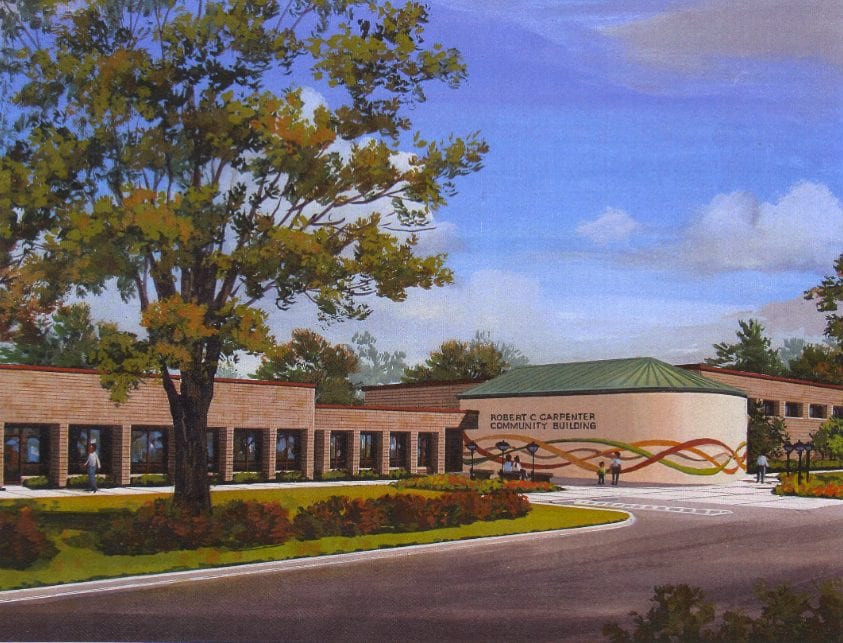 From transportation to the school system to public safety to health services and more, tax dollars in Macon County cover an array of services for citizens in the community. At just shy of $50 million, and with the third lowest tax rate in North Carolina, leaders in Macon County work diligently year-round to be good stewards of the taxpayers’ dollars, while providing award-winning levels of services across all county departments.

While planning for the upcoming fiscal year, County Manager Derek Roland highlighted the budget accomplishment from the current fiscal year, which aimed above and beyond the general operations of government.

This year, the county completed a pay plan implementation, which was a primary objective by county leaders. The pay plan study began in 2012 and in 2013, Macon County partially adopted recommendations which adjusted the county pay-scale to a regionally competitive level and raised the salaries of those entry level employees earning below newly established, regionally competitive, minimum salary levels up to the new minimum levels. The portion of the study implemented however contained no mechanism for adjusting the salaries of longer serving employees who were earning at or above the newly established minimum salary levels.  Thus, pay compression within the organization was enhanced dramatically creating a decline in morale for those longer serving employees.

“The FY ’16-’17 pay study alleviated this compression by compensating employees for the enhanced skills and experience gained through time served in the organization,” Roland noted during his budget presentation to county commissioners last week. “Following implementation, the salaries of those longer serving employees were adjusted to regionally competitive levels, thereby alleviating compression within the organization. Pay study implementation had an impact on the general fund of approximately $621,613.”

The county allocated funding for a complete overhaul of the Robert C. Carpenter Building.  All demolition work was performed in-house by maintenance staff, which resulted in a significant project savings.  As of April 2017, the Macon County Board of Commissioners had appropriated $620,664 from fund balance to complete this renovation project.  The projected completion date is July 1, 2017.

Under the direction of outgoing commissioner and now member of the House of Representatives Kevin Corbin, the county voted to pay off the loan on the Parker Meadows recreation park, freeing up funds in the county budget for other projects.

“In November 2016, the Board of Commissioners voted unanimously to appropriate $1.35 million from the fund balance to pay off the loan that was secured to fund the Parker Meadows Recreational Complex,” said Roland. “This decision came following substantial increases in sales tax revenues particularly during those months that travel ball tournaments were hosted at Parker Meadows.  The annual principal and interest payment on this loan was approximately $215,000 over a 10-year term.”

Led by Macon County Solid Waste Director Chris Stahl, the county was able to move forward with a necessary expansion of the county landfill. The $9.8 million landfill expansion project was completed on schedule and under budget in April 2017. Macon County financed this project for a period of 10 years at a rate of 2.14 percent through Entegra Bank. This expansion project will generate approximately 60 years of solid waste disposal capacity for Macon County.

Within county departments, Macon County leaders were able to begin an entirely new Phone System Installation. The replacement of the current phone system, which was 20 years old, will be completed in June 2017. The new technologically advanced phone system was acquired on a five-year, all-inclusive, lease agreement at approximately $93,000 annually. Operating costs associated with the current phone system are approximately $224,000 annually which includes local bills, long distance bills and service charges.

Macon County’s Economic Development Commission was instrumental in aiding in the TekTone Sound and Signal Expansion. TekTone, which began at the Industrial Park in the Macon County incubator three decades ago, was able to move buildings and expand this year. Macon County appropriated $30,000 from fund balance in FY ’16-’17 to assist TekTone Sound and Signal with the purchase of the former SKF facility.  This $30,000 served as a cash match on the OneNC Fund grant of $90,000. TekTone will hire 35 workers over the next five years and invest $2.9 million in Macon County.

In July 2016 the Macon County Board of Commissioners also voted unanimously to provide a cash match of 5%, $9,375 on a North Carolina Department of Commerce Grant totaling $187,500.  The grant funds were used by Tektone Sound and Signal Mfg., for a building renovation project, which will create an additional 15 new jobs in Macon County.  The renovation was completed in April 2017.

Communities in Macon County benefitted in last year’s budget process. In November 2016 the Macon County Board of Commissioners voted unanimously to appropriate $85,105 from the fund balance to pay for renovation projects at the Otto and Cullasaja Community Centers. The community development centers are meeting places, fire departments, and pieces of history in each community.

In October 2016 the Macon County Board of Commissioners voted unanimously to appropriate $113,355 from the fund balance to pay for much needed improvements at Wesley’s Park.  Renovations included resurfacing of the playground floor covering and repair and replacement of equipment.  The renovations were completed in April 2017.

The county included $42,000  in the FY ’16-’17 operating budget for the addition of expansion “shelves” within the computer system at the Primary Recovery and Disaster Recovery data centers.  The shelves will provide additional storage capability on the network. This project was completed in-house by IT in October 2016.

Macon County approved an Increase to the Schools Capital Outlay for a total of $500,000;  $200,000 of that amount was earmarked for the Highlands Gym Roof Replacement Project.  An additional $31,828 was needed to complete this project and was provided to the school system by the Macon County Board of Commissioners from contingency funds.  The roof replacement project was completed in FY ’16-’17.

The Macon County Board of Commissioners voted unanimously to appropriate $23,415 from the fund balance to cover an increase in teacher supplements which was brought about by state mandated pay increases in FY ’16-’17.

The Golden Leaf STEM (Science, Technology, Engineering and Math) Learning Initiative represents a partnership between Macon County, Macon County School System, Southwestern Community College and private businesses in Macon County.  This local partnership with Discovery Education will afford local students with the latest in STEM learning opportunities.  The Macon County Board of Commissioners voted unanimously to appropriate $24,277 in matching funds from contingency funds in FY ’16-’17 as a match for the Golden Leaf Grant.