Home Features Macon County magistrates: a look at the job and responsibilities 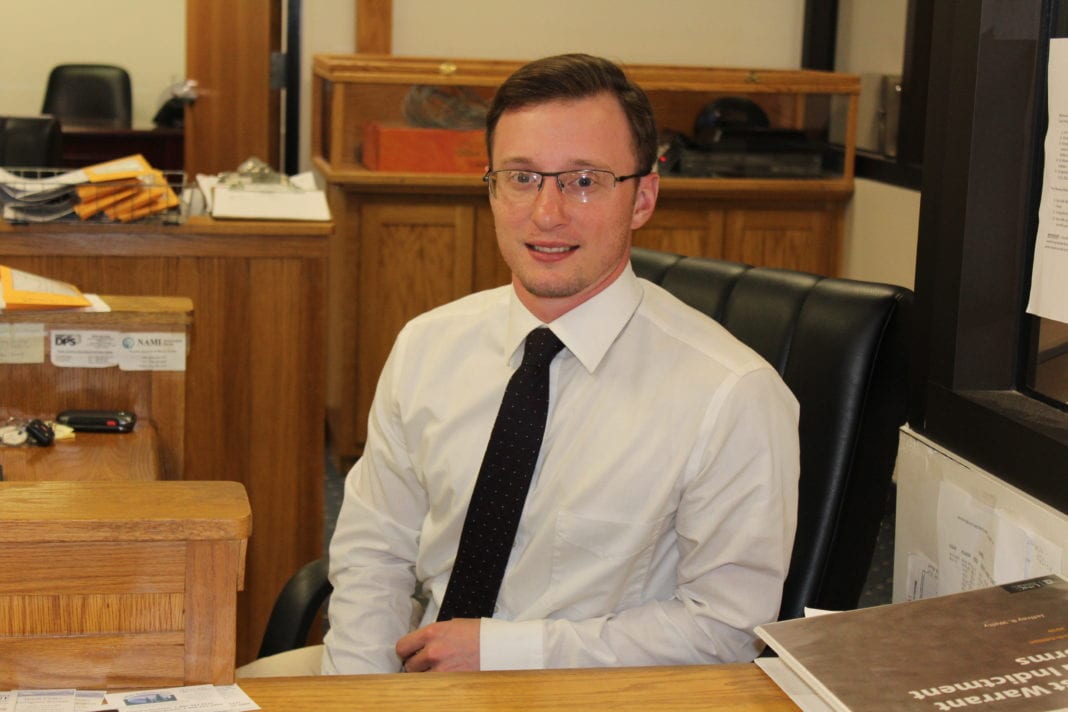 While law enforcement is responsible for making arrests, the bonds which keep criminals behind bars are ultimately recommended by the Superior Court Judge, and then assigned by local magistrates.

“While bonds are not supposed to serve as a punishment for those accused of committing crimes in our community it most certainly should serve as a means to help protect our citizens,” said Sheriff Holland. “More times than not, officers are stuck behind a desk processing evidence and completing their required paperwork only to have the offender released within minutes after being arrested.  This allows the career criminals to immediately return to their illegal activities and victimizing additional members of our community. Officers commonly complain to me that the victims of the crimes they investigate feel the system fails to protect them. I’ve often said if a magistrate or their family was the victim of the alleged crime the officer was bringing to their office I’d be willing to bet we’d see a very different bond amount placed on the same defendant previously given a low bond. We don’t ask for every bond to be high … but when it’s a repeat offender and we know they’re only going to continue the same crimes then we have an obligation to speak up and ask for higher bonds.  Standing up for victims and doing all we can to protect our community is the least we can do.”

Justin Stamey has served as a magistrate in Macon County since Dec. 9, 2013.

“Like anyone who gets the opportunity in public service, I became a magistrate to give back to my community in which I was raised,” said Stamey. “Macon County has been my home ever since I can remember and my family’s home for many generations. So it was the right decision for me when the position became available. Upon receiving this position, I set a standard for myself to work by, to uphold the laws of the State of North Carolina, to uphold the rights of the Constitution and Bills of Rights set forth by our founding fathers and do so in way that is efficient and effective for all parties involved.”

Like Macon County Sheriff Holland, Stamey also gets frustrated with the number of repeat offenders, but despite how often someone may appear in his office, his responsibility is to establish a bond that ensures someone shows up to court, not to keep someone incarcerated.

“Unfortunately the majority of the defendants that are processed in Macon County have a high recidivism rate,” said Stamey. “I personally have seen the same individuals too many times. I will reiterate ‘bonds are not punishment.’ They are a guarantee to show up to court.”

According to Stamey, when establishing a bond to assign to someone, a number of factors are considered such as:

•The nature and circumstances of the offense the defendant is charged.

•The weight of the evidence against the defendant.

•The defendant’s family ties in the county. If the defendant is not a resident of N.C., normally a secured bond is given.

•The defendant’s employment status and history.

•The defendant’s character and reputation.

•The defendant’s record of prior convictions.

•Does the defendant have any recent counts of failure to appear?

“All of these factors go into deciding if the defendant will assure their appearance in court, if the defendant will pose a threat or danger to persons or property, or if the defendant is likely to result in the destruction of evidence or intimidation to potential witnesses,” said Stamey. “It is an honor and a privilege to work and serve the citizens of Macon County. Every bond that is determined by these magistrates has the public’s safety and best interest in mind. But we also have to walk a fine line by not violating citizens’ Eighth Amendment right of setting bonds too high. I am proud of not only the work I do for this community but for the time, effort and sacrifices of my co-workers. This includes the entire judicial system employees and courthouse staff.”

Magistrates refer to the recommendations of Senior Resident Superior Court Judge William Coward when determining bond amounts. Coward sets the bond recommendations, and based on the aforementioned factors, magistrates determine what is best for each individual.

Magistrates don’t just serve the public to set bonds or issue warrants. The scope of work for which they are responsible varies day-to-day, case-by-case. “As far as a typical shift, we have to expect the unexpected,” said Stamey. “One moment we can be marrying a couple, then go right into dealing with a small claims case or processing someone with outstanding warrants. As for the night shift, magistrates work from an on-call basis. The majority of our calls are for processing on view arrests, warrants, orders for arrests and involuntary commitments. We are also available for the general public as well. This includes posting bonds for defendants either by cash or property in the state of N.C. Or if they are dealing with a civil matter that law enforcement cannot answer.”

Stamey graduated from the University of North Carolina at Charlotte in 2013 with a Bachelor’s Degree in Political Science and Minor in Criminal Justice. He was appointed magistrate of Macon County in 2013, and has since completed additional training from UNC Chapel Hill which includes: Basic School for Magistrates, DWI Training for Magistrates, Advanced Criminal Procedures and Roles of Magistrates in Involuntary Commitment Process.

The county magistrate position is operated 24 hours a day, seven days a week, 365 days a year. “We are always open,” said Stamey. “This includes snow days and holidays. There is always someone on duty in Macon County. This holds true for the all 100 counties in N.C. Here in Macon, we currently have three magistrates. Magistrate Tyler McDowell, Magistrate Joe Brogden and myself. Brogden and I cover the weekdays from 5 a.m. to 5 p.m. and vice versa. We rotate every week so one person is on days Monday through Friday with a 24-hour shift on Friday until Saturday morning at 5 a.m. The other magistrate is on nights from Tuesday to Friday morning at 5 a.m. Magistrate McDowell covers the weekend shift working 48 hours straight and also Monday nights until 5 a.m. on Tuesday morning.”

As for many magistrates in the state, a great number of them work two jobs. Stamey is no different.

“The toughest aspect of my job is the late nights,” said Stamey. “There are a lot nights that I will go in at 8 p.m. and will work right up to 5 a.m. It just depends on what is going on that particular evening. For example, if there is a major drug bust or multiple DUIs just to name a few events. This makes it difficult for my second job. I also do handyman work and mow for Norgrow International on my days off. Not only does it supplement additional income but it is just another way to give back to my community and contribute to the betterment and prosperity of this society.”

For a look into the community’s effort to address Macon County’s drug epidemic, read this week’s article on the public’s outcry to county leaders.