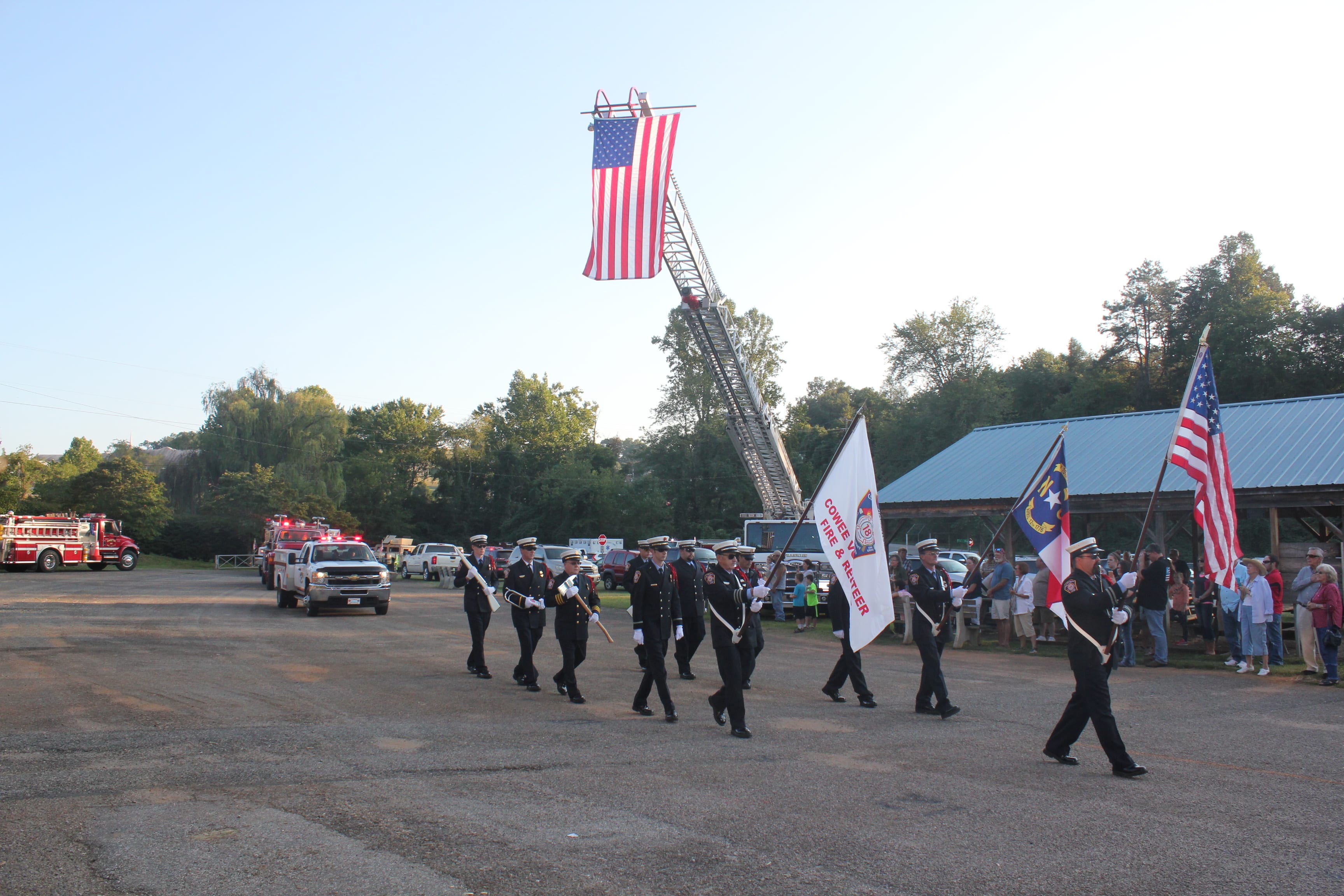 I was in the eighth grade. I was sitting in Mrs. Robinson’s eight grade class watching Channel One news. A hysterical teacher threw the classroom door open and screamed Shannon Murphy’s name. Her grandfather had built his career working in the towers. We were told it was a terrorist attack on the World Trade Center. At the time, I had never even heard the word terrorist. I had no concept of what it was. Parents grabbed their children from school, my mother included. While my mother was in tears clinging to me and my sisters, all I could do was complain about missing that day’s volleyball game. She took us to church where we prayed and hugged our neighbors. I had no idea why.

Now 15 years later, I remember the events of that day like it was yesterday even though I was only 13 years old. We all do. I remember watching as the second plane crashed into the towers. I may not have understand the magnitude of that day then, but I remember.

The Macon County community remembered the 15-year anniversary of the 9/11 attacks throughout the weekend. The American Legion Post 108 rode into the Franklin Fire Department Saturday morning, American flags adorning the back of their bikes. Veterans who have been to war and seen the unspeakable, wanted to spend their Saturday morning thanking the local law enforcement and fire fighters who serve the community. Veterans took turns shaking the hands of members of the sheriff’s office, police department, and fire department, noting that the thank you may be small and simple, but showing appreciation is important everyday of the year, especially while remembering the emergency personnel who laid their lives on the line 15 years ago.

During the 36th annual Singing in the Valley at the Cowee Fire Department, the department’s honor guard marched in remembrance of Sept. 11. Former Pennsylvania Fire Chief Don Wall spoke about his memories of that day. After ensuring his family was safe, with decades of experience as a fire fighter, Wall packed a bag and headed to ground zero.

“I had to do something,” he said. “With all the years of training I had acquired in the fire service, I had to do something. I called my Captain, we threw our gear into bags and got into my truck and we were headed to New York City to do whatever we could to help. We went to the Jacob Javis Center and were escorted to ground zero immediately.”

He slept on church floors at night and spent hours cleaning up the rubble during the day.

“What we saw and did there will stay in our souls for the rest of our lives. We will never be the same people,” Wall said. “We will never forget.”

During Cowee Fire and Rescue’s 9/11 tribute, the devastating numbers of that tragic day were read out loud:

Number of firefighters and paramedics killed: 343

Number of families who received no remains: 1,717

Number of people who lost a spouse or partner in the attacks: 1,609

Estimated number of children who lost a parent: 3,051

Days fires continued to burn after the attack: 99

Estimated number of New Yorkers suffering from post-traumatic-stress disorder as a result of 9/11: 422,000

On September 11, 2001, all of our lives were forever changed. May we never forget those who lost their lives that day and in the days since defending this country. May we never stop telling the stories of the brave men and women who ran into the crumbling building in hopes of saving lives, even if it meant losing their own. May we never forget the fear our friends and family, like Shannon, felt not knowing the fate of their loved ones who were in the city that day. And may we always, always thank God for the breaths that were spared and for the sense of unity that was gained when so many other things were lost. May we never forget.

Cowee Volunteer Fire and Rescue to host annual Singing in the...

A traveling tradition of Christmas decorating lands in Macon County

TDA looks for ways to promote Franklin during 2017 solar eclipse