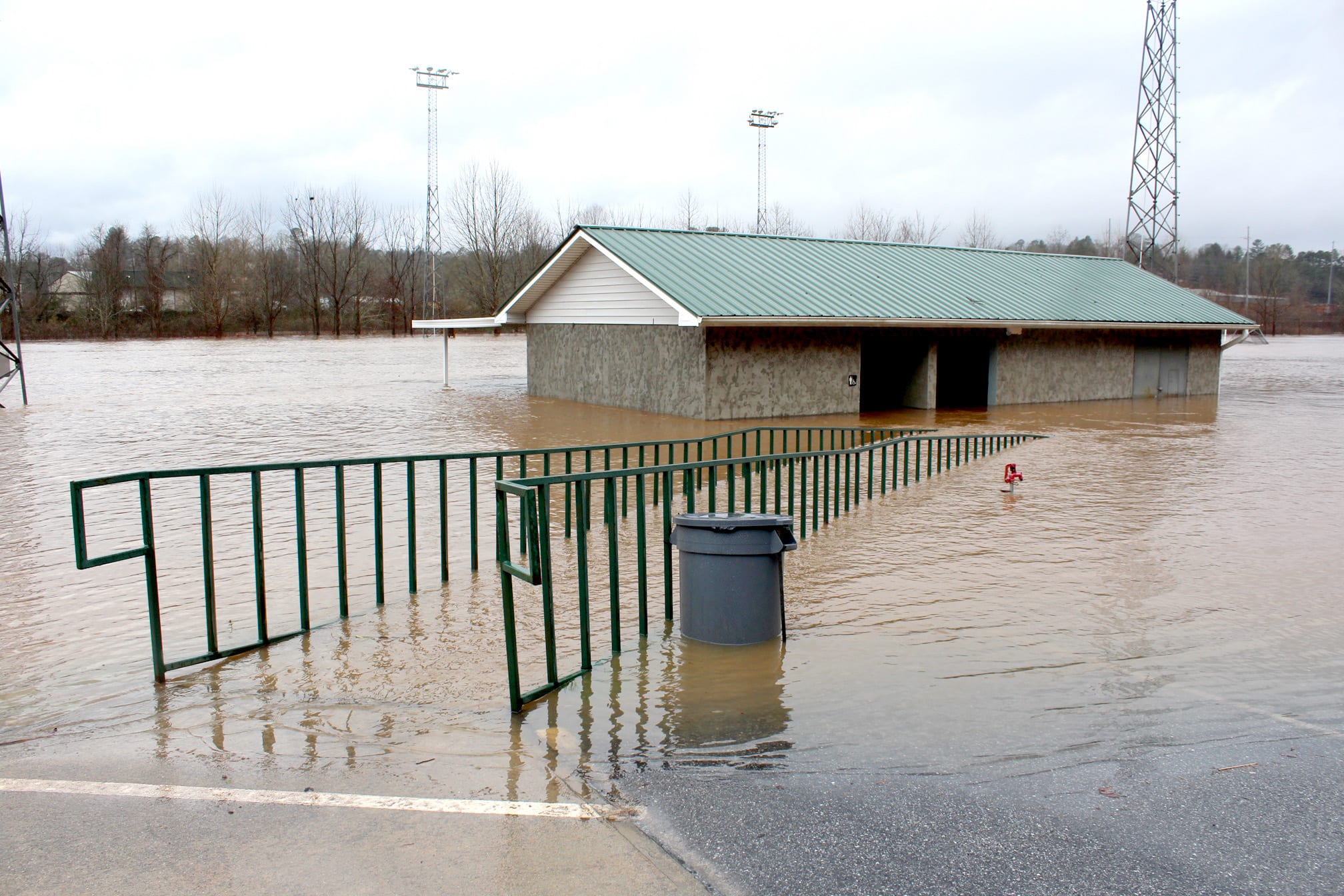 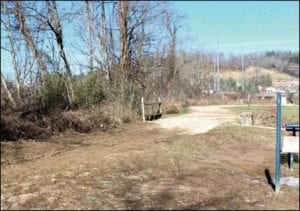 County officials spent the first few days of the New Year assessing damage caused by heavy rains that fell over Christmas. Preliminary estimates found 29 residences and 23 private roads and bridges to be damaged. Although more than $1 million in damages were recorded, the county was not eligible for state assistance, leaving the county to pay for the cleanup process.

Sheriff Robert Holland led the charge to start Safe Kids Macon County which is comprised of organizations in the community geared toward keeping kids safer. Macon County’s chapter became the westernmost in the state. Events planned throughout the year would include Buckle Up Baby to educate parents on the proper way to install a car seat; a hot car demonstration to show the dangers of leaving children in a closed vehicle;  the distribution of gun locks;  and a public safety day. Safe Kids is an international organization. 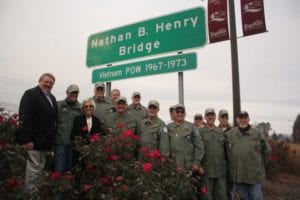 Army Sgt. Nathan Henry dedicated his life to his country and his community. Henry passed away on January 11 and the entire Macon County community mourned his death. Henry was a POW for six years during the Vietnam War and after returning home, spent the remainder of his life as a active and contributing member of his community. 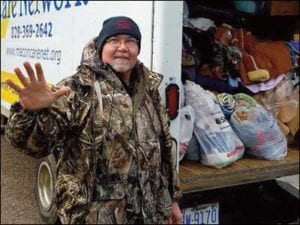 Cold for a Cause has largest collection in event’s history

In its seventh year, Farm Bureau insurance agent Patrick Jenkins’ Cold for a Cause event collected 5,000 lbs of canned food and 3,500 coats and blankets, the largest volume collected in the event’s history. Jenkins spent 48 hours in a crane high above the Highlands Road to raise awareness of the needs in the community. 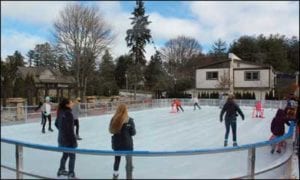 The Highlands community cut the ribbon on a new 42 x 82 foot skating rink in Kelsey-Hutchinson Park. The rink , and the mini Zambini needed to maintain the facility, cost $314,000. Art and Angela Williams, owners of Old Edwards Hospitality Group, donated the funds for the rink along with any deficit that may occur between operating costs and the fees for skating for up to five years.

Michael Gelfeld, 21, called 911 on January 22 after getting lost on the Appalachian Trail. Temperatures  dropped below freezing and when night fell, Gelfeld called for help. He was found near Coweeta Gap and Albert Mountain.

Caleb Watson spent more than 300 hours working with Boy Scout Troop 202 and Troop 235 restoring the Slagle Building, which is where the Troop meets. Watson earned his Eagle Scout project recreating a staircase that had been hidden in the Slagle Building for years.

Nonprofit organization installs In God We Trust on courthouse

The U.S. Motto Action Committee funded the installation of In God We Trust, the nation’s motto, on the outside of the courthouse and in the Macon County commissioner’s boardroom. 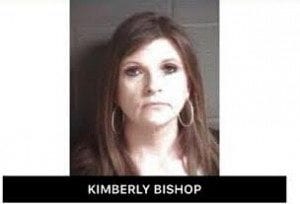 Bishop turned herself into federal court on Monday, Feb. 1, entering a guilty plea. The federal charges against Bishop state: From in or about June 2013 until January 2014, Bishop, being an agent of local government, in a continuous one-year period received benefits in excess of $10,000 under a federal program involving a grant, contract, loan, guarantee, insurance, and other form of federal assistance, did embezzle, steal, and obtain by fraud, and did without authority knowingly convert to the use of a person not the rightful owner, property, that is money, worth at least $5,000 and under the care, custody, and control of such local government. Bishop was sentenced in July to six months in prison for embezzling public funds.

Cameron O’Conner was recognized for a random act of kindness that he never gave a second thought to, yet continues to have a lasting impression on the community. After getting off the school bus, Cameron noticed a neighbor had fallen outside of her home.  Cameron instantly reacted and remained calm comforting the woman until help arrived. The Macon County Board of Commissioners presented Cameron with a Citizenship award for his act of kindness and thanked him for his bravery. 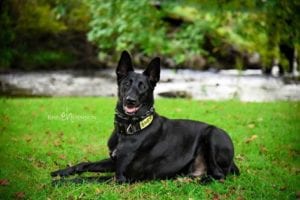 Macon County Sheriff’s Office K-9 officer Hoss successfully apprehended Anthony Guinn Underwood, 41, of Glenville, N.C., after he fled on foot during a routine traffic stop. After Hoss’ handler, Sgt. Clay Bryson directed Hoss to chase down Underwood while attempting to flee, a scuffle ensued between the K-9 and the suspect. Despite multiple blows to the head, Hoss was able to successfully subdue Underwood until Bryson was able to secure the suspect.

From the moment the Department of Transportation receives a complaint about a potholes on a state maintained road, it has 48 hours to address the issue according to new legislation that went into effect in 2016. Using a toll-free number or NCDOT’s newly revamped “Contact Us” page online, concerned citizens can report potholes and other road maintenance problems such as clogged culverts, damaged shoulders, drainage issues, highway debris and bad guardrails, traffic signals and traffic signs. 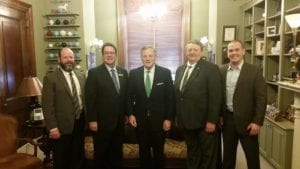 REACH held a ribbon cutting to mark the opening of the new emergency shelter which serves women and children who are survivors of domestic violence and sexual assault. Before REACH of Macon County broke ground on the new 20-bed shelter – named VanDrake Shelter – the entire $1.3 million project was fully funded, making it possible for a new facility serving Macon and Jackson counties to be constructed to completion.

Parker Meadows gets a food truck

To address the demand for concessions at Parker Meadows Recreational Complex, at the March meeting of the Macon County Board of Commissioners, county leaders voted to approve a two-year contract with Big League Chew Catering to provide concessions for the park. The catering company, owned by Tony and Cindy Christie, will offer full concessions at every weekend tournament and during league play at the new recreational complex. 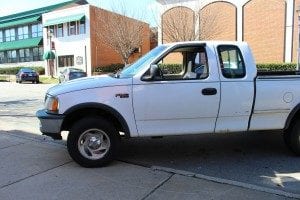 While reviewing town ordinances, local officials made a move to revive the town’s traffic code, which allows for parking citations within the city limits. The parking citations call for the Franklin Police Department to issue tickets for different traffic offenses on the local level, without having to issue state citations, which are often more expensive. 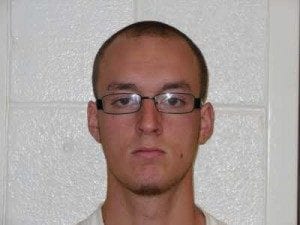 Nearly two years after Charles Andrew Cochran escaped from the Macon County Detention Center and embarked on a five-day crime spree that resulted in the death of 71-year-old Day Williamson, Cochran was sentenced to life in prison without the possibility of parole. Appearing in Macon County Superior Court in March in front of Judge Bill Coward, Cochran pled guilty to first degree murder, first degree arson, assault by strangulation, felonious breaking and entering, felonious larceny, two counts of larceny of a firearm, and two counts of possession of a firearm by a felon.

Board of Health reduces budget

After looking at budget line items such as annual capital outlay requests and the annual computer replacement rotation, Macon County Health Department Director Jim Bruckner and his staff were able to reduce the county portion of his budget by $152,693. The county’s allocation of $2,531,168 is 47 percent of the health department’s total projected expenditures of $5,367,740. The remainder comes from federal and state grants, and fees charged. 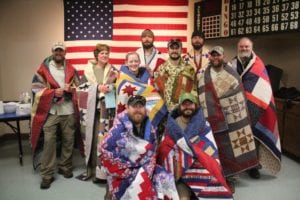 After leaving out of Springer Mountain, Ga., on March 21, a group of 10 hikers representing all branches of the United States military made their way in to Franklin as part of the 2016 Warrior Hike. The group of combat veterans were treated to a dinner at the VFW on Friday and a community lunch at the American Legion Post 108. Since 2013, hikers making the nearly 2,200-mile journey along the Appalachian Trail from Georgia to Maine with the annual Warrior Hike have been welcomed in Franklin and thanked for their service to our country. At each visit, the Smoky Mountain Quilters Guild presents the veterans with Quilts of Valor as a small token of appreciation for their service.

Over the last eight years, although operational costs have increased, Bonita Hamstra with J&B Disposal says that her service rates have remained the same. Hamstra presented the Franklin Board of Aldermen with a request in March to increase her rates. Hamstra’s request included a residential garbage pick up increase from $8 per month to $9.50 per month for roadside service. The request also included an increase for house service from $11 to $12.50 per month.

For the first time in county history, the Macon County Board of Commissioners began live streaming county meetings. Cameras were installed in the board room and meetings are streamed live and then archived for later viewing to help keep the public informed. 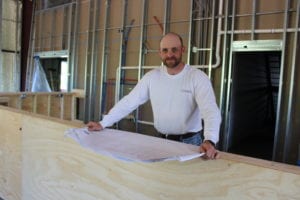 Commissioners pitch in on sound system for veterans park

County leaders showed their appreciation to the men and women who have donned a uniform by presenting Neal Riendeau, a member of the Veterans Memorial Committee with a check for $1,400 to install a new sound system at the county Veterans Memorial Park. The need for the sound system came after various events were held at the park and some veterans and people in the large crowd that gathers had trouble hearing the programs. 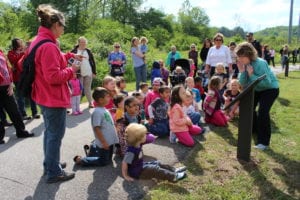 Dozens of children lined the Little Tennessee Greenway  for the unveiling of Franklin’s first Story Walk. Led by Maggie Kennedy of the Macon County Public Library, children flapped their wings like butterflies, waddled with their pinchers out, and scurried along like spiders as they read “The Bugliest Bug” along the quarter-mile loop on the Greenway located behind The Shops at Riverwalk plaza off the Highlands Road. In August, Read2Me unveiled the second Story Walk at Parker Meadows. 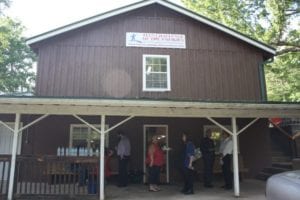 On Saturday, May 21, the staff of Men’s Teen Challenge of the Smokies united with supporters and interested citizens of Western North Carolina to celebrate and dedicate the opening of the men’s addiction recovery facility now housed in the old Camp Cullasaja Campgrounds off Highlands Road. The opening ceremony was held in the Tabernacle, followed by a reception in the cafeteria and self-guided tours of the grounds.