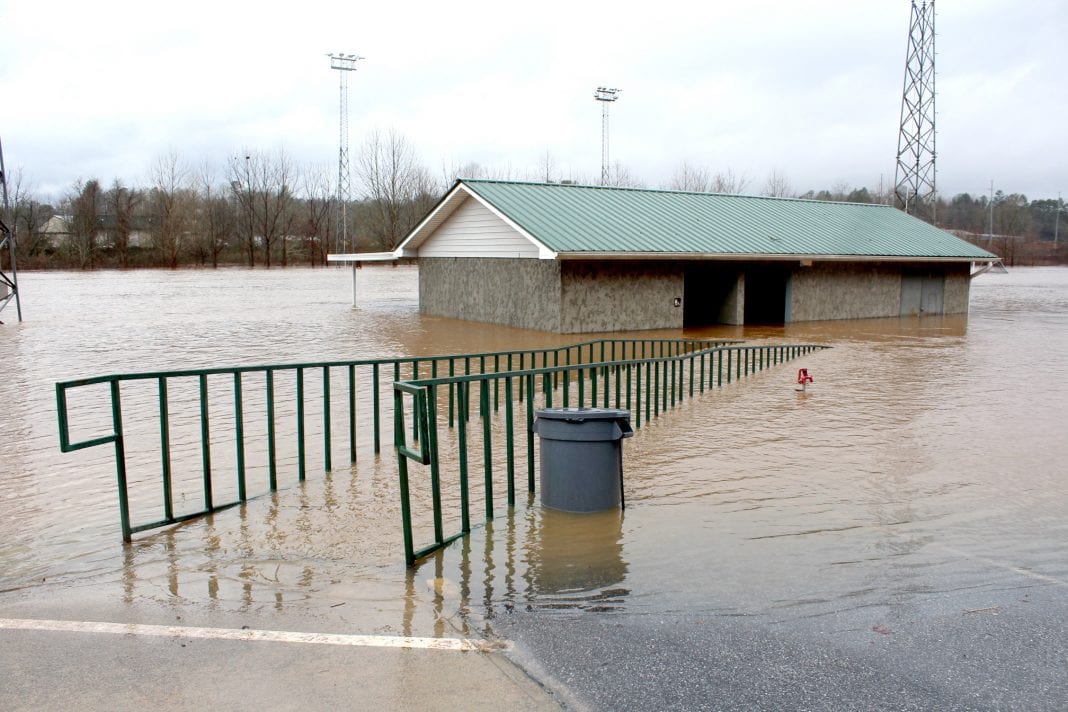 After floods wiped out all of the equipment owned by the Macon County Youth Football League, Macon County Commissioners stepped up and approved more than $40,000 to replace helmets and shoulder pads needed to ensure a 2016 season.

Commissioners approved up to $41,000 at the request of Macon County Youth Football. During the June meeting of the Macon County Board of Commissioners, representatives from the league asked commissioners for an additional $8,000 for items lost in the floods such as coffee makers, practice equipment, and other items that were damaged in the flooding.

“Macon County recognizes the importance of providing youth in Macon County with recreation opportunities and are happy to partner with Macon County Youth League Football to over come this unfortunate situation,” said County Manager Derek Roland.

According to league president Richard Shope,  the practice equipment is all necessary to have a successful program and to insure that Macon County youth are competitive with other teams. Although the league has begun light workouts, official practices for the upcoming season are scheduled to begin July 11. Currently, more than 80 youth have signed up to play football on four teams with an additional 43 youth signed up for cheerleading.

The practice equipment was not part of the original request made to county commissioners in February regarding items lost in the flood. While commissioners approved up to $41,000 to be spent to replace the equipment, Macon County Recreation Director Seth Adams volunteered to assist the league by contacting numerous vendors and approaching Franklin High School to see if the county could receive savings through using their football vendor. Through Franklin High School, the league was able to replace the equipment for $20,000. Because the equipment was less than originally anticipated, the league was also able to use the money allocated by the county to purchase practice pants and game pants, which would have otherwise been purchased by the league out of other funds.

The majority of the $8,000 in additional funds requested will be used  to replace the stand up and step over dummies at a cost of $3,940 and the sled pads at $2,560. The remaining equipment to be replaced includes agility ladders, offensive line markers, cones, helmet beanies, ball pumps, agility running ropes and rings, football tees, water bottles/ carriers and coolers.

While the flooding damaged the league’s concession stand equipment, they informed the board they would pay to replace those items if the county would cover the additional costs of the football equipment. Because the helmets and shoulder pads that were originally requested came in at less than the amount the county budgeted for the replacement, the board gave the league their approval to use an additional $8,000 in budgeted funds for the practice equipment.

CareNet branching out in the community