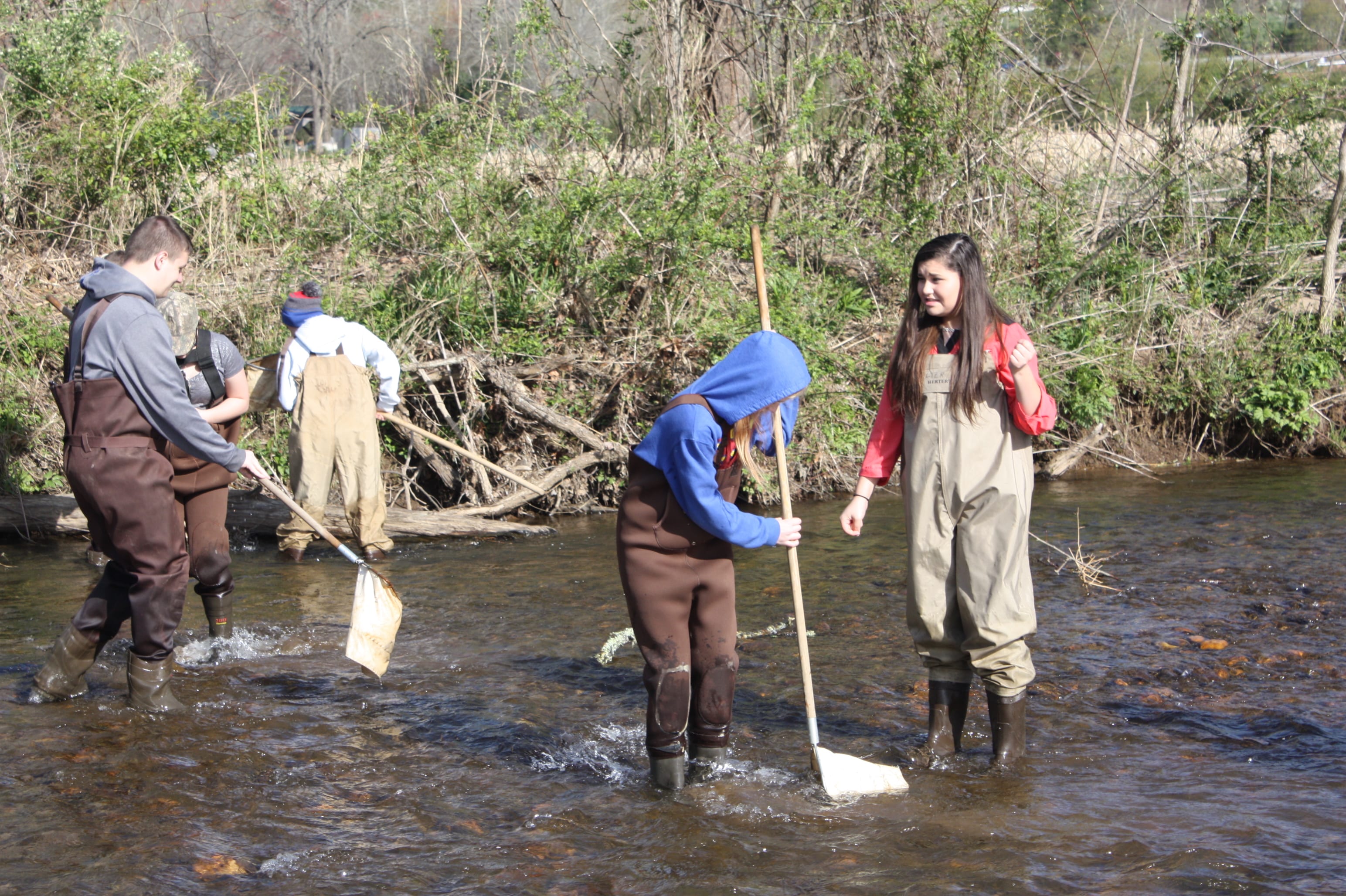 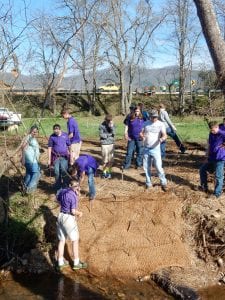 Mainspring Conservation Trust (formerly Land Trust for the Little Tennessee) is an organization dedicated to the stewardship, conservation, and restoration of the lands and waters of the Southern Blue Ridge.  The multifaceted initiatives of Mainspring include working with landowners to help conserve their properties for agricultural purposes while maintaining the ability of local streams to maintain abundant aquatic life, not only for the present generation but for future generations to maintain and enjoy.

One of the most important programs involves education of both adults and children about the importance of maintaining unpolluted, vigorous streams that will provide a strong environment to maintain a healthy co-existence of plants, animals, and human beings.   The Mainspring Citizen Science Program Manager, Jason Meador, coordinates these educational efforts along with several other local and national agencies.

Already this year, Mainspring has helped coordinate programs that give students hands-on education by getting them into the fields and streams to see the purpose of land and stream stewardship up close and personal.  The first of these projects was a part of the Shade Your Stream initiative by “livestaking the streams.”  Eighth graders from all over Macon County participated in the second project, “Kids in the Creek,” a weeklong undertaking in Cartoogechaye Creek at Parker Meadows.

In the Shade Your Stream project, seventh and eighth-grade students from Trimont Christian Academy were taken out to the Bradley Creek Stream restoration area to be trained in livestaking.  Livestaking is planting specific trees that will naturally root from cuttings taken from the parent plant.

The Bradley Creek project began in 2010, when a failing culvert was identified.  Had the culvert “blown out,” the landowners would not have been able to get onto their property and a large amount of sediment would have been released into the section of the Little Tennessee River richest in aquatic life in this area. 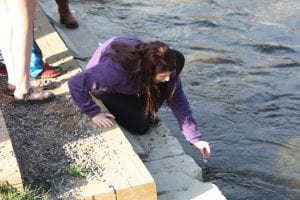 and the lower portion of Bradley Creek.  Mainspring worked with them, connecting them with funding sources to help stabilize the stream banks.  In this case, the United States Fish and Wildlife Service and Clean Water Management Trust provided funding managed through Macon County Soil and Water Conservation District.  The work progressed through several phases beginning with the construction of a bridge and removal of the deteriorating culvert.

On March 30, the students from Trimont were taken out to the project area to livestake the stream banks.  Coir fabric or matting had been laid down on the eroding stream banks.  Then the students drove 18” to 24”sections of Silky Dogwood through the matting along Bradley Creek.  According to Meador, a number of other native plants could also be used for shading.  Black willow, Button bush, Elderberry, and River Birch were some that he mentioned. 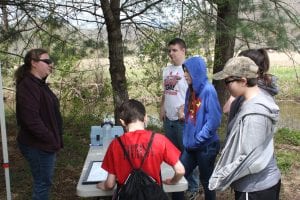 Meador noted that this project was important for cutting down on erosion, since the vegetation along the stream bank will help keep soil, pesticides and fertilizers from getting into the water.  The shade will help maintain healthy water flow, protecting, not only this property but properties further downstream.  All this helps to provide for a vibrant food chain eco-system.  The plants grow and stabilize the banks and the water, and they, in turn, drop leaves and twigs into the water, providing food sources for the macro-invertebrates (bugs, etc.) there.  To complete the chain, the fish then feed on the bugs.  It was a good day’s work and science lessons for the students.

Each day the students were afforded the opportunity to have a hands-on field day with teaching from experts in the respective sciences involved.  The activities were followed up by additional classroom work.

The students were divided into four groups which rotated between four different stations on the river.  Each section of experimentation and study were 45 minutes long.  Every instructor helped the students gather specimens, develop data and then taught them the effects that the data had on the local ecosystem. 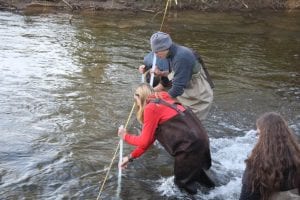 which determined the discharge water flow rate of the creek.  The students were in waders out in the creek taking measurements of water depth and flow.  When they came out to their station, Love gave them a lesson in mathematically calculating the rate of water flow in cubic meters/second.

The second station was, again, waders in the water, but this time, the object was to net some fish.  Mainspring’s Jason Meador directed this research.  Some of the students unrolled a net that stretched across the creek and plunged it down into the water.  The remainder of the students, a few yards up the creek, spread out across the creek and walked toward the net. Hopefully, as they stirred the water, it would drive fish into the net.  When the fish were taken and put into a tank, Meador presented a lesson about the water conditions were indicated by the type of fish they caught.

The US Fish and Wildlife Service representative, Gary Peeples was in charge of the macro-invertebrates.  For this station, the students were in pairs, manning nets kind of reminiscent of butterfly nets, except the net was a closely woven fabric able to catch the bugs and any other creek critters present in the water.  The lesson at station #3 was similar to station #2 except the bugs living in the water give clues about the purity of the water.

Finally, Katie Bower from Coweta Long Term Ecological Research led the fourth station in examining the stream chemistry.  For this experiment, the group did not have to go into the water, but they took samples of water to the station where they were tested for ph. and various chemicals or pollutants.  From their comments, the water was clean. 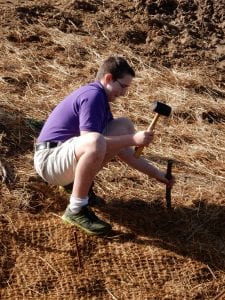 Kids in the Creek is funded by the National Science Foundation.  It is an educational activity that meets the eight-grade science curriculum standards of the North Carolina Course of Study.

Mainspring is also involved in several other undertakings involving the educational institutions in Macon County throughout the year.  There is a Butterfly Migration Celebration, Bird Monitoring, Youth Conservation Field Day and classroom visits.

Jason Meador can be contacted by email at jmeador@mainspringconserves.org.  To obtain information on-line, simply key in Mainspring Conservation Trust.