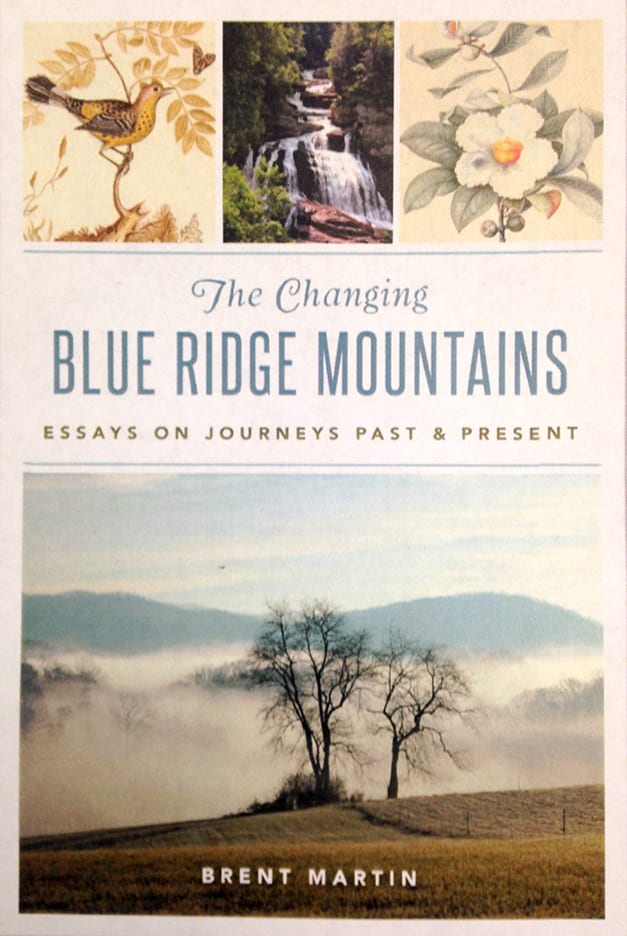 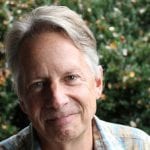 So many people packed the Meeting Room of the Macon County Public Library Friday evening, June 21 that more chairs had to be brought in to accommodate the crowd. They were there to hear Brent Martin read from his newly released book, “The Changing Blue Ridge Mountains – Essays on Journeys Past & Present.”

For most people, there is at least one historical figure they would like to travel back in time to meet, ply with questions, shadow, and maybe even share a drink or a cup of coffee. For Martin, that person is undoubtedly William Bartram. “I’d think he’d be a fascinating character to talk to, having walked the wilds of Western North Carolina before it was changed so drastically after the American Revolution.”

In the late 18th to early 19th century, Bartram chose to journey through the Southern wilderness, not to hunt or to settle land, but simply to observe. He became a well-known American naturalist, whose footsteps were all over Macon County on the eve of the Revolutionary War. In fact, Bartram meandered through the present-day Nantahala National Forest, encountering the Cherokee. His still-available book, widely known as “Bartram’s Travels,” published in 1791, describes in detail – and includes some drawings of – the abundant animal, plant, and Native Americans’ life in the South.  According to the “Columbia Electronic Encyclopedia,” Bartram’s account of the wilderness of early America inspired the writings of many sense-of-place poets and authors.

Bartram also greatly inspired Martin, who moved to Cowee Valley from Georgia in 2003. “His firsthand accounts of the landscape here are all we have of that era,” said Martin.

Always enamored with nature, Martin shared with the group that he set out on his own backpacking journey as a new high school graduate. He learned through trial and error how to navigate – and even survive – in nature. And, as an avid journal writer, he began to formulate essays. The compilation of years worth of his own modern observations in the Blue Ridge Mountains, and his noteworthy interest in what Bartram experienced more than 200 years ago, led to “The Changing Blue Ridge Mountains,” published by The History Press.

“Bartram has been the muse living in me,” said Martin. “Everyone should purchase ‘Bartram’s Travels.’ He’s definitely the prominent force in this collection of essays.”

Besides writing books, Martin is director of the N.C. Bartram Trail Society and owner, with his wife, Angela, of the N.C.-based guide service Alarka Expeditions. He has been a career conservationist and has even led outings as a historical interpretive guide representing Bartram.

He describes his book of essays as “some humor, some melancholy,” and some referencing his marriage. But all address the “wild” that Bartram experienced and that is still – to some degree – available today. In his essay, “Modern Appalachia and the Death of the Sublime,” which he read at the Macon County Public Library event, he poses the question, “What does wild mean anymore, and why trouble myself with these heady thoughts of the sublime here in the cynical 21st century?” Short answer: “… wilderness and wild nature will continue to enrich our imaginations …”

Martin even pays tribute in his book not only by mentioning Bartram many times, but also including some of Bartram’s meticulous drawings of plants and animals observed during his travels.

The first essay in the book, “It’s a Good Country Hold onto It,” mentions Bartram in the first paragraph, and Martin’s spotlight on the naturalist is evident throughout; he reminds readers that another Franklin author, Charles Frazier, references prominently “Bartram’s Travels” in his best-selling novel Cold Mountain, as well as points out much history about Bartram’s life and contributions.

“So many people come to hike the Bartram Trail and don’t know who he is,” said Martin. “I feel like the Bartram name should be even more prominent here than it is. Bartram’s a powerful presence – if you want him to be.”

“The Changing Blue Ridge Mountains – Essays on Journeys Past & Present” is available at alarkaexpeditions.com, Books Unlimited in Franklin, and City Lights Books in Sylva.