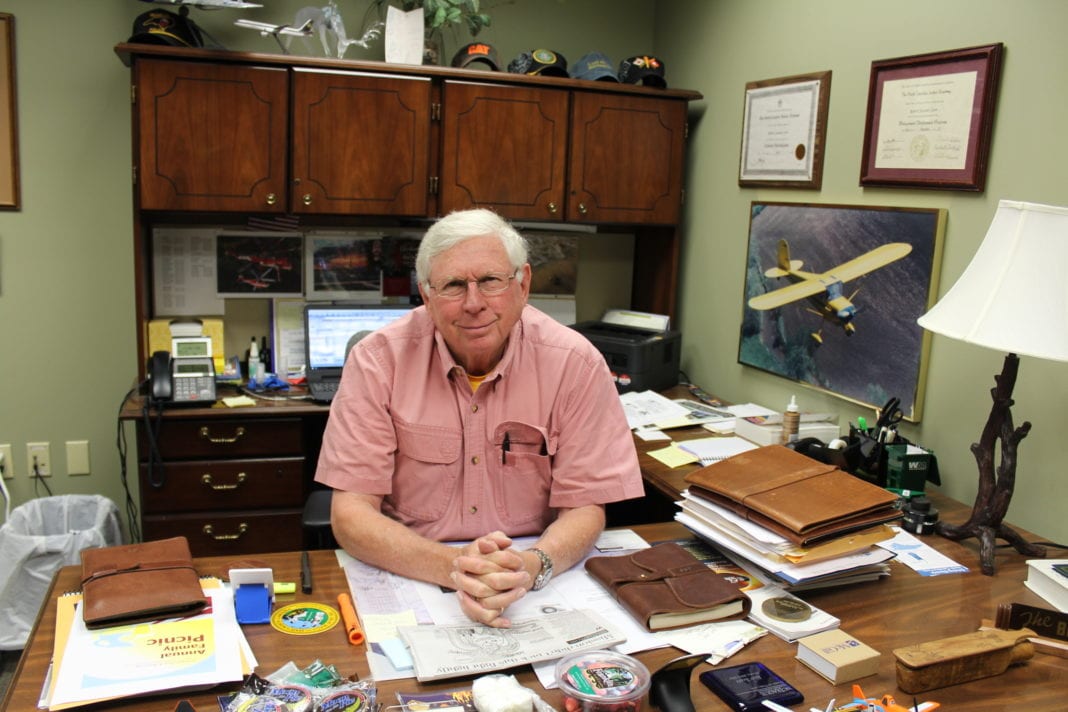 The 2017 election season has officially started, with absentee ballots now being accepted beginning on Monday for municipal elections in the state. In Franklin, three seats are up for grabs for Franklin’s Town Council as well as the mayor’s seat, which Franklin Mayor Bob Scott will once again be running for unopposed.

Scott has served as Franklin’s mayor since 2013 and prior to that, served as a town alderman for 11 years.

“I enjoy public service,” Scott said as his reasoning for seeking re-election. “Working for the public good is quite satisfying and it gives me a sense of knowing it is important. And, worthwhile.”

Scott, who was recently named one of 11 North Carolina mayors selected to serve on the new North Carolina Mayors Association Board of Directors and will serve as vice-chair of the board, said there are things he still wants to see accomplished in town.

“Making Franklin an even more inviting, warm, family-oriented town,” Scott said when asked what he hopes to get accomplished over the next two years. “Improving the local economy and working with residents and businesses to accomplish this.  Revitalization and repurposing of abandoned and empty properties to avoid urban blight.  Along these lines I will work to put the river district overlay into a reality.”

While Scott has his sights set on making Franklin even more visitor-friendly and improving the local economy, he said the greatest challenge Franklin faces as a town is housing for all residents.

“Affordable housing and the state of Angel Medical Center,” Scott said of challenges ahead. “I am worried about our health care locally and nationally.  A major challenge to towns is the lack of support from the NC Legislature and Congress.  It seems towns and cities have been completely forgotten in the partisan gridlock we have today. Our infrastructure is aging and much of it needs refurbishing and replacing and we need state and federal assistance.”

Scott said that his third term may not be his last. “That is something too early to give an answer to,” he Scott said on whether or not he will seek a fourth term. “I always keep the option open. However, I have no plans to run for any other office.”

When Mayor Scott first ran for office, he did so under the promise that he would be a one term Mayor. At the time, he said he believed one term is all politicians should do. Now heading into his third term, Mayor Scott said that sentiment has now changed.

“A lot has changed since then,” Mayor Scott said of his original promise to only serve one term. “People change their minds or their situations change. That has certainly been true for me. Careers change. Relationships change. Political climates change. Things changed for me and I found I had an intense interest in elected public service that I did not think I would have when I ran for mayor the second time. Municipal government became an integral part of life for me. Working with the Town Council and our Town employees has become the most important part of my public life. Seeing and working for our residents and visitors, has been absolutely wonderful. Life takes unanticipated, strange turns, and twists. You roll with them.”

*Editor’s note: This is the first in a series of candidate profiles for the 2017 municipal elections. Macon County News will be profiling registered candidates for the general election to be held on Tuesday, Nov. 7, with polls open from 6:30 a.m. to 7:30 p.m.