Five years ago, as mayor, I was placed in the position of defending the Town of Franklin against undue criticism of the town’s stewardship of the Nikwasi Mound.  I am again in that position as the recently formed 501 C(3) Nikwasi Initiative has asked  the Town to deed the Mound to the Initiative to “give the Eastern Band of Cherokee Indians joint ownership with us and ensure that, in perpetuity, they share equally with us in its care and preservation. “ (I am not sure whether the ‘us’ is the town or the Initiative)

A September 2014 resolution of the EBCI’s Tribal Council says that “The Town of Franklin has repeatedly demonstrated a significant lack of respect for the Nikwasi Mound.”  I strongly disagree with that and as mayor, I hate to see that attitude perpetrated.

This all began with an unfortunate attempt to place a type of grass on the Mound which would allow for less mowing of the mound.  It didn’t work and the grass on the Mound turned brown due to a herbicide to take out the old grass and the Mound looked awful.  This was not a malicious act.  It was purely accidental.  I was not mayor at the time but I was a council member.  So that action, in my opinion, was what put a spotlight on the Mound and created hard feelings between the Town and the EBCI.  But that is water over the dam.  The Mound survived and the town has consistently taken care of it.

My thought, as mayor (and I do not have a vote in this unless things come to a tie with the Town council), would be to enter the partnership but keep the Mound in the town’s ownership as spelled out in the 1946 deed when the residents of Franklin rallied to raise the $1,500 to buy the Mound from a private landowner who was going to flatten it for a commercial venture.  Some of those who took part in this effort to save the Mound are still around and to my knowledge, there has never been a formal thank you from the Eastern Band of Cherokee Indians (EBCI) to the town for saving it.

I have reached out to three Principal Chiefs of the EBCI and offered to work with them on a mutual maintenance and preservation plan.   In October of 2014 the Town council voted unanimously that  it was open to discussion of the Mound’s maintenance and would honor the EBCI’s offer of assistance of maintenance of the Mound.  Nothing came of it.  The resolution also stated that the deed shall remain with the Town of Franklin and shall be preserved for the citizens of the town and Macon County.

Deeding the Mound, according to the Initiative, would be an effort for a revitalization of the properties in East Franklin in the vicinity of the Little Tennessee River and the Greenway.

In the past 17 years that  I have been in Town government I have always supported revitalization of East Franklin, and I believe it can be done with the Town entering the partnership but holding onto the deed.  I cannot understand why any of this hangs on whether the Town gives up the deed.  In disclosure, I was never a part of the Nikwasi Initiative which started out as Mountain Partners.

Following the Town’s resolution in 2014, Principal Chief Michell Hicks turned to the NC Department of Cultural Resources seeking their help in getting the Mound.

The Department of Cultural Resources advised Chief Hicks that it would be beneficial if the EBCI prepared a detailed Maintenance or Managements Plan to submit to the town with specific guidelines ready for discussion.  No such plan was presented. The Department also suggested a long-term lease “while acknowledging the Town’s ownership as well as its role in saving the Mound…”

The Department’s final suggestion was for the EBCI to “consider any options to buy adjoining properties to enhance the historic landscape,” which is happening now and I support it fully.

For the record, there is a strong kinship to the Mound, not only by members of the EBCI, but the residents of Franklin.

As the mayor, it is my duty and obligation to look at all sides of issues affecting the Town.  I believe the best thing that can happen in this issue is for the Nikwasi Initiative to back away from everything hinging on the deed and let the Town remain a partner. To do otherwise may well create hard feelings for a long time to come and hinder the vision of the Initiative to revitalize East Franklin.

Bob Scott is in his third term as Mayor of Franklin.  He served four terms on the Town Council before becoming Mayor.  The above is his opinion and may or may not reflect the opinion of any Franklin Council Members. 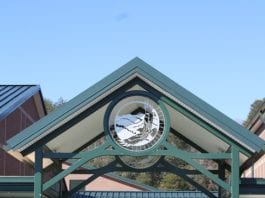