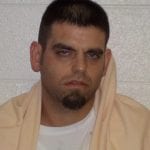 For years, law enforcement in Macon County have been fighting to keep up with the evolving drug epidemic. From marijuana to methamphetamine, to an increase in heroin trafficking, as law enforcement begins to get a handle on the latest epidemic, the drug of choice changes and the process begins again.

Macon County Sheriff’s K9 Deputy Nick Lofthouse arrested William Dunn, 32, last Wednesday after observing Dunn driving a vehicle and exhibiting suspicious behavior. In addition to nearly $10,000 in cash, Dunn was found to be in possession of 10 Fentanyl patches. Charges for trafficking Fentanyl are applied if someone possesses more than two.

“It’s officers being vigilant as to their surroundings as they patrol and recognizing suspicious behavior that helps make cases daily,” said Sheriff Robert Holland.”The combined efforts of the patrol officers and narcotic officers made this case and shows their commitment to combating the issues we face in our community.”

Deputy Lofthouse, along with Deputy Anthony Momphard were given permission by Dunn to search his residence, where Dunn stopped his Jeep, which had fictitious plates. The Fentanyl was found in Dunn’s jacket pocket. What deputies identified as heroin was found inside Dunn’s home as well as a safe containing $9,244. During an interview, Dunn informed officers that the cash was to buy drugs in Atlanta before transporting them back to Macon County.

Dunn was arrested on Nov. 28 in Rabun County, Georgia after a traffic stop near the Regal Inn in Rabun County. Upon further investigation, the driver, Dunn,  was arrested for failure to maintain lane, driving without license, possession of drug related objects, trafficking in methamphetamine, and trafficking in heroin. Currency in the amount of $3,510 was also seized by deputies. Dunn was transported to the Rabun County Detention Center.

After Dunn’s arrest in Macon County, he was booked into the Macon County Detention Center on a $78,000 bond.

Over the last few months, law enforcement across the nation have experienced an  increase in the use and trafficking of Fentanyl. Fentanyl is described as an unprecedented and seemingly abundant drug making its way through the market. Leaving catastrophe and tragedy in its wake, fentanyl, which is more deadly than heroin, is further exacerbating the already severe opioid crisis in America. Worst of all, health and public officials across the nation are unsure of how to crack down on the distribution of this lethal drug.

Fentanyl is much cheaper than heroin, but it’s also exponentially more powerful. It’s extremely easy to manufacture fentanyl because it’s a synthetic drug. Aside from the manufacturing of the drug, Fentanyl is a prescription opioid available when prescribed by a doctor. Fentanyl is used as a pain medication and together with other medications for anesthesia. It has a rapid onset and effects generally last less than an hour or two. Fentanyl is available in a number of forms including by injection, as a skin patch, and to be absorbed through the tissues.

A registered nurse from Asheville’s Mission Hospital had her first court appearance last week after the State Bureau of Investigation arrested her Friday, Jan. 12, on charges of stealing fentanyl from her employer.

Meg Elizabeth Eisenhower, 42, of Fairview, was charged with three counts of felonious embezzlement of a controlled substance by an employee of a registrant during the months of April, May and June of 2017.

Eisenhower worked in Mission Hospital’s Intensive Care Unit’s Neuro-Trauma where it is alleged she diverted liquid fentanyl. She was released from custody on a $50,000 unsecured bond.

Westgate Plaza to see significant changes for the first time since...