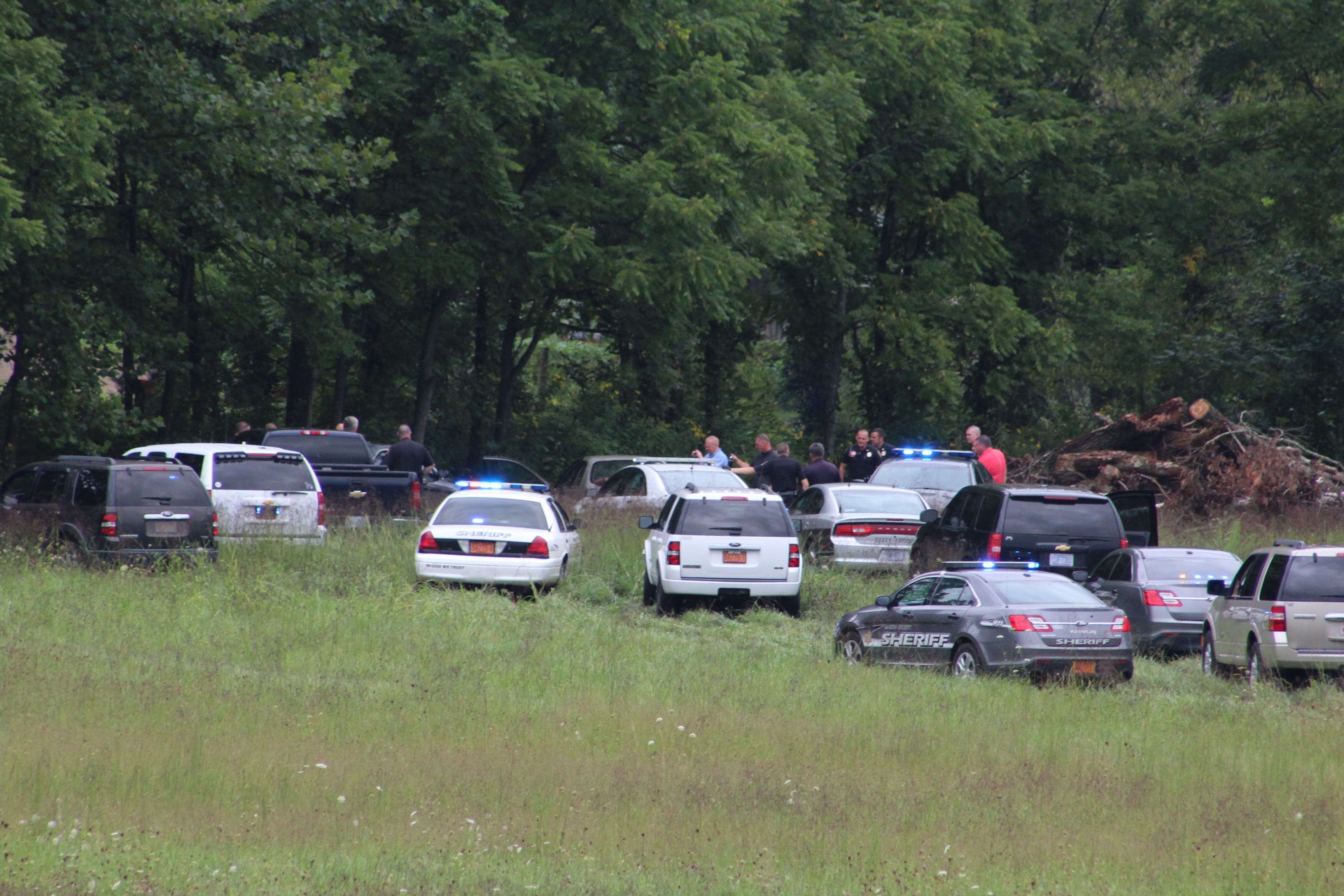 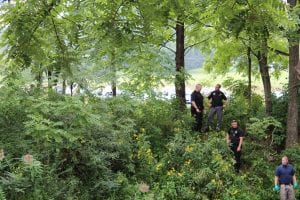 On Friday morning, Macon County Sheriff’s Deputy Matthew Breedlove witnessed a Nissan Altima on Porter Street speeding and having to slam on the breaks to avoid running a red light. Deputy Breedlove took action to pull over the vehicle and the driver attempted to flee. A brief car chase ensued into the Patton Community. The driver, later identified as Brent Brandon Hinnant, 27, of Hayesville, was traveling with a female passenger, Kasey Welch, 27. When Hinnant approached a road block set up by deputies, both Hinnant and Welch attempted to flee on foot. As the pair tried to cross Cartoogechaye Creek, both Hinnant and Welch were apprehended without further incident. 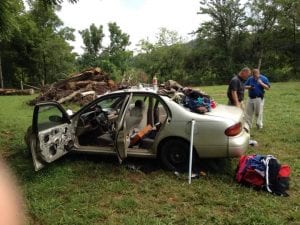 After Hinnant was safely in custody, MCSO secured the vehicle and K9 Hoss indicated to MCSO that drugs were present in the vehicle. A search of the vehicle found baggies of crystal-like substance and items of drug paraphernalia around the vehicle. According to the arrest report, deputies also found several jewelry items and tools that may be found to be burglary items. Additional tools and jewelry were also retrieved out of the creek where Hinnant was taken into custody.

Hinnant was wanted for felony warrants stemming from a car accident in October 2015.

The driver of the vehicle at fault was Brent Brandon Hinnant, 27 of Hayesville, N.C.

The passenger, his mother, Terri Hinnant, 60, died as a result of the accident. According to Towns County Sheriff’s deputies on scene initially, the vehicle driven by Hinnant appeared to have been traveling south on Hwy. 75 North.   It appeared to initial deputies on the scene that the driver of the second vehicle, David Bradshaw, 30, of Hiawassee, Ga. was traveling north on Hwy. 75.

Hinnant was arrested and booked into the Towns County Detention Center on the following charges:

Homicide by Vehicle 1st Degree; one count of Drug Related Objects; Driving Under the Influence; Failure to Maintain Lane; Serious Injury by Vehicle, and Driving on an Expired License.

The Georgia State Patrol handled the initial accident investigation and while Hinnant was awaiting trial in the death of his mother, he fled authorities and fugitive warrants were issued.

While still on scene with Hinnant Friday afternoon, investigators received a call from dispatch involving a body found at Dowdle’s Feed and Seed located along 441 South.

Macon County Deputy Troy Burt  and Detective Tim Holland were the first to respond to the call and after a thorough investigation with detectives, law enforcement was able to identify the body as Gabriel Christian-Tate Crippen, 39, of Otto.

“We know he had substance abuse issues and was seen the day before at a local medical facility due to medical distress but checked himself out and began walking home,” said Macon County Sheriff Robert Holland. “He was found deceased between where he was treated and home. “Our preliminary investigation lead us to believe that he died as a result of his substance abuse.”