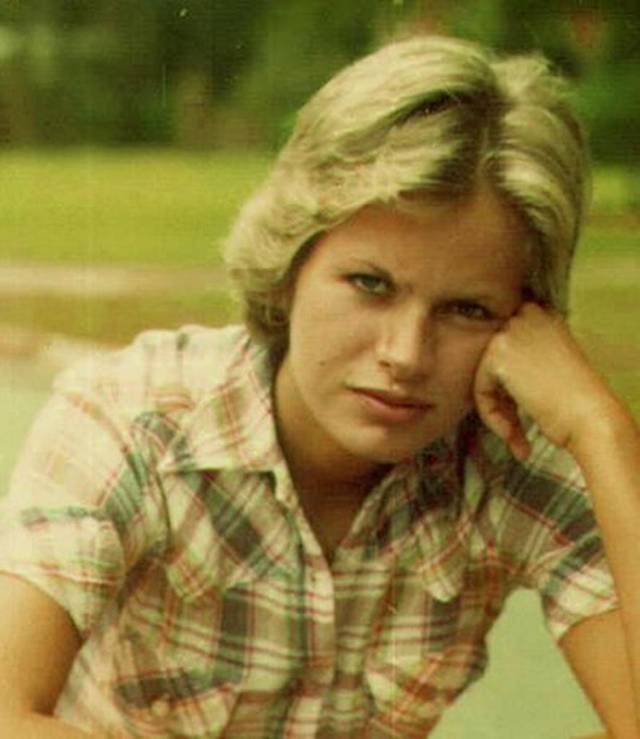 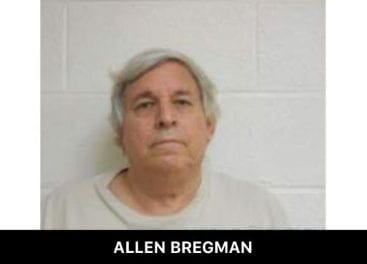 David Ovalle — for the Miami Herald

Thirty-nine years to the day that Coral Gables nurse Debbie Clark was viciously beaten and shot to death, her former lover is under arrest and charged with murder.

The new evidence: fingerprints and a DNA sample from a hair discovered on Clark’s body, according to an arrest warrant obtained by the Miami Herald.

“It’s been a long time. He’s got to live his whole life, but now it’s about accountability,” said Clark’s brother, Brian Pantola, of Clayville, New York. “We’ve prayed and prayed and prayed for justice, never believing this day would come. This is surreal.”

Bregman, 75, a longtime Boca resident, was taken into custody in Macon County, North Carolina. He had moved there in recent weeks. Bregman will eventually be brought to Miami-Dade to stand trial.

“We were contacted by Florida Law Enforcement who asked us to assist in locating their suspect for a 1977 murder,” Macon County Sheriff Robert Holland said. “He was arrested at his home without incident and is currently incarcerated at the Macon County Detention Center with no bond.  The defendant has waived extradition and Florida can expect him to be back in Florida within the coming days.”

His lawyer, Barry Wax, has long insisted that detectives — then, and now — have no evidence to convict Bregman.

“Allen was not involved in this young woman’s death,” Wax said Thursday. “It’s no surprise that Allen’s DNA was found in the apartment, which he owned and visited regularly.”

Clark’s mysterious murder in August 1977 had been largely forgotten until the Miami Herald published a story in February detailing a renewed investigation by Miami-Dade police.

At a time when the crime rate was beginning to swell in South Florida, the murder of the 23-year-old Clark — “a tiny, slender, sandy blonde” — merited only a five-paragraph blurb penned by legendary Miami Herald crime reporter Edna Buchanan.

Clark was one of three siblings raised together in Utica, New York, a blue-collar city at the foot of the Adirondack Mountains, more than 200 miles away from Manhattan. Clark’s mother and father split, and the family didn’t have much money. At Christmas time, Clark and her sister often sang carols for neighbors to raise money to buy gifts for the family.

A free spirit, Clark longed for a taste of life outside Utica. At 17 years old, she and her younger stepsister left a note for their parents and set off to hitchhike across the country.

“We decided we were going to go out to California and meet movie stars,” said stepsister Roxanne Euson. “We packed our suitcases and made it all the way to Los Angeles. We had a riot. An unbelievable time. With 40 dollars, back in 1971, you could do that.”

Clark returned to New York to finish high school and college, where she studied nursing. She also got married to a local man, a relationship that soon fizzled. After separating, Clark moved to Miami.

“Utica was like a dead end. She was an adventurous person, and she liked the attraction of the big city,” Euson said.

By all accounts, in the mid-1970s, Clark was thriving in Miami. She landed a nursing job at Coral Gables Hospital but planned to enroll in law school to become a lawyer.

Bregman worked for his father managing properties. In 1977, Bregman was in his mid-30s, married to his wife, Florence, and living in an upscale waterfront home in Miami Beach down the street from the La Gorce Country Club.

For her family and friends, Clark’s affair with the older man was no secret.

They recalled meeting Bregman several times. Her siblings in Utica recalled that he even attended a wedding with Clark and some of her family in North Carolina.

Clark often talked about plans to marry Bregman once he divorced his wife, one of the slain woman’s friends told Miami-Dade detectives in the 1970s. According to the search warrant, he bought the unit at the Oasis townhomes, located at 4710 SW 67th Ave., that she lived in. He rented it to her and sometimes lived there, too, according to her friends.

According to the warrant, he kept a closet of clothes and belongings there. “It was later learned that Allen Bregman would tell his wife he was going away on work trips so that he was able to spend time with the victim at the apartment,” Miami-Dade homicide detectives David Denmark and Jonathan Grossman wrote in the search warrant.

The punctual nurse was last seen at the hospital around 7 a.m. on Thursday, Aug. 4, 1977, at the end of her overnight shift. That night, she never appeared for work. Phone calls went unanswered.

The next day, a worried co-worker drove by Clark’s town home. “Clark’s car was parked outside and a bedroom light was burning, but no one answered the door,” the Miami Herald wrote.

Friends returned to the home the next night when Clark again didn’t show for her shift. Police were summoned. A Miami-Dade police officer named Thomas Guilfoyle climbed atop the porch overhang, peered through a window and noticed Clark’s body on the bed.

The front door was locked. Guilfoyle pried open a sliding-glass door and found Clark’s bloodied, decomposing body laying square in the middle of her bed.

The murder left her family bewildered. Across the Atlantic Ocean, her older brother was stationed aboard a U.S. Navy nuclear submarine docked in Scotland when the captain informed him of his sister’s death.

“I thought it was a car accident. I had no clue,” Brian Pantola recalled. “I got an emergency flight home. I didn’t know she was murdered until I got back to America.”

Clark’s family says they knew little about the investigation or possible suspects. But from the start, investigators immediately focused on Bregman.

The case was assigned to Metro Dade homicide detective Stephen McElveen, who has since died. According to the search warrant, the initial search found that the town home was not ransacked and showed no signs of forced entry. But Bregman’s clothes and other personal effects that friends had seen in the apartment were gone.

According to the search warrant, McElveen uncovered other compelling initial clues. In the days before the murder, Bregman — a member of the U.S. Coast Guard Auxiliary — was in New York attending a search-and-rescue training class.

According to the warrant, a friend called Bregman to tell him that his wife, Florence, had “learned about the relationship between Allen and the victim” and was planning to initiate the divorce.

Police discovered that on Thursday, Aug. 4, 1977, Bregman flew from New York to Miami, arriving at 3:30 p.m. — just before the nurse disappeared.

The company later contested the claim in South Florida federal court. A 1978 docket shows that Bregman invoked his Fifth Amendment right to remain silent during court proceedings. Details from the case are unknown — the court file is so old that it is unclear whether it still exists.

Wax, the defense lawyer, said detectives have long known about the life-insurance court fight. “Even back then, it wasn’t enough” for charges, he said.

Ultimately, Bregman received a portion of the money, with much of it going to his attorneys, according to the docket. Clark’s father in New York received a part of the claim.

Although Miami-Dade detectives did extensive work on the case in the 1970s, nobody was ever arrested, although it’s not clear why. But cases built on circumstantial evidence were less prevalent in the 1970s, when investigators did not have the advantage of forensic technology such as DNA and cellphone records that can locate suspects geographically.

Her family had their suspicions about Bregman but knew few details about the progress of the investigation. Pantola, a young father and husband then, grew riddled with guilt that he had never flown to Miami to help look for the killer.

“For many years, I struggled internally with that part of it,” he said. “Your sister was murdered and you did nothing.”

As the 1970s melted into a decade marked by a surge in drug violence in Miami, Clark’s case grew cold. But Officer Guilfoyle, who found the body, for years lodged calls to the homicide bureau to remind them of the case.

“It was the first homicide case I was ever dispatched to,” recalled Guilfoyle, now retired. “The case always stuck with me. She deserved to have her case closed.”

A couple of years ago, the case was assigned to Detective Denmark, who, according to the search warrant, recently went to interview Bregman.

The retiree — who remarried after his divorce from Florence — denied living in the apartment, having clothes there or being in a relationship with Clark, the warrant said.

The visit was an emotional — but welcome — visit for relatives who long ago thought the murder probe was done. For Pantola, memories flooded back as police showed him several handwritten letters he had once mailed to his sister while serving in the Navy. They had been saved from Clark’s apartment that night in August 1977.

The detectives even visited Clark’s gravestone.

“It means so much that someone cares enough to look for justice for this poor young girl who is sitting in a grave in central New York,” Pantola said.

A fresh set of eyes

The case was re-opened in May 2014. Earlier this year, Miami-Dade homicide detectives David Denmark and Jonathan Grossman took DNA and fingerprint samples from Bregman.

According to the warrant, Bregman’s fingerprints matched ones found on an ashtray near Clark’s bed, and on a sliding glass door in the townhouse. The ashtray may have been used to beat Clark to death, police said.

Miami-Dade’s crime lab also analyzed the hair found on Clark’s arm and found it “was consistent” with a DNA sample provided by Bregman. Analysists concluded that “99.934 percent of the population would be excluded as contributors of the profile from the hair,” according to the warrant.

Printed with permission from the Miami Herald

TDA funds to go toward having the Franklin tartan commercially woven