As the nation continues to endure the ongoing battle against opioid, authorities in Macon County have recently gained new ground in the fight against methamphetamine. 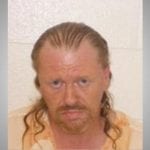 First, following a traffic stop back in February of last year, deputies with the Macon County Sheriff’s Office (MCSO) arrested  Benjamin Phillips, 48 at the time, who was wanted after a Grand Jury indictment for habitual felon. During the arrest, members of the MCSO Narcotics Unit seized scales, packaged methamphetamine and marijuana. Phillips was arrested for resisting a public officer; possession of methamphetamine; possession of marijuana greater than 1/2 oz; habitual felon.

The arrest was notably made at the same time as numerous others were widely known to law enforcement for their use or trade in meth. 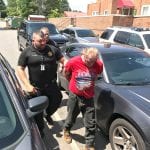 After more than a year, Phillips finally went to trial, and on July 17, Macon County Superior Court found Phillips guilty. He was sentenced to 10 years and 8 months in the NC Dept. of Corrections as a habitual felon for possession of a firearm as a convicted felon.

Phillips was convicted on similar charges back in Feb. 28, 2002. He was sentenced to more than two years of incarceration. He was also found guilty of numerous other charges going back more than 30 years, nearly all of which were in Macon County, including receiving stolen items, assault on a government official, arson, breaking and entering, larceny, child abuse, resisting a public officer, assault of a female and violation of a protective order.

According to Sheriff Robert Holland, Phillips was returned to court in handcuffs after leaving the premises for a number of minutes. Technically, he was out on bond and was free to leave until the verdict was read and the judge revoked his bond.

Just days after Phillips’s trial, with the help of probation officers, deputies conducted a search at a residence on Middle Drive in Franklin, where they located approximately 133 grams of methamphetamine, 47 dosage units of Adderall along with scales, bags and other materials Holland said are consistent with intent of distribution of narcotics.

Authorities arrested Jason Hill, 37, at the residence. MCSO narcotics investigators responded and a subsequent investigation led to the arrest of Franklin Wiley of Toccoa, Ga. According to Holland, Hill had just attended Superior Court the same day as Phillips’s trial, where he was sentenced to additional probation.