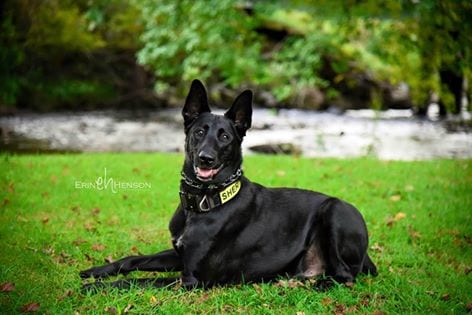 One of Macon County’s finest officers has fully recovered after an altercation that ensued after taking down a Georgia fugitive last week. Last Friday, Macon County Sheriff’s Office K-9 officer Hoss successfully apprehended Anthony Guinn Underwood, 41, of Glenville, N.C., after he fled on foot during a routine traffic stop. After Hoss’ handler, Sgt. Clay Bryson directed Hoss to chase down Underwood while attempting to flee, a scuffle ensued between the K-9 and the suspect. Despite multiple blows to the head, Hoss was able to successfully subdue Underwood until Bryson was able to secure the suspect. 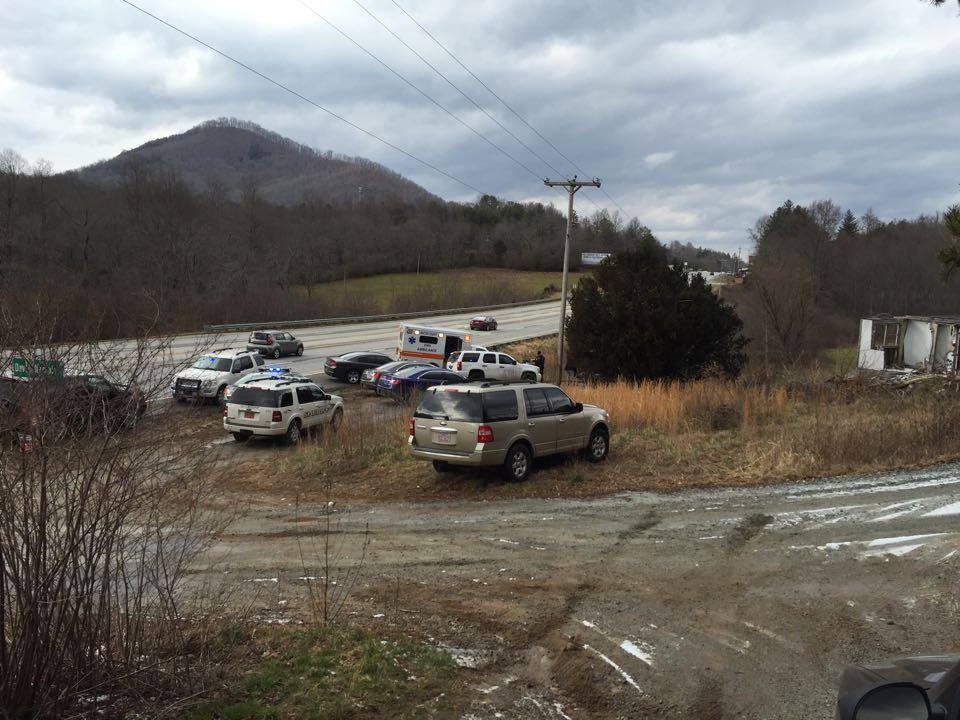 “Sgt. Bryson and K9 Hoss are both outstanding officers and make a great team,” said Macon County Sheriff Robert Holland. “Each did a great job apprehending a fugitive who learned very quickly Macon County is not the place to fight with an officer… Especially our four legged officers. Assaulting any of my officers will not be tolerated. We will be sure that this case is prosecuted to the fullest extent of the law and I hope lets others know they better think twice before assaulting one of our officers.”

On Friday, Sgt. Clay Bryson and Deputy Josh Stewart observed a line of vehicles entering Macon County on 441 South and after suspicious behavior from the vehicles, attempted to follow the cars as they headed north. While pursuing the vehicle, Sgt. Bryson said the driver of a white Durango abruptly turned off on a side road. Bryson was able to obtain the tag number of the vehicle and while parked down the road from the side road, the Durango pulled back to the highway and passed Bryson again.

Shortly after Sgt. Bryson pulled back on to the road to once again pursue the vehicle, the Durango pulled into a field near Dave Chastain Road.

“Sgt. Clay Bryson stopped a vehicle after the driver attempted to elude deputies on 441 South,” said Sheriff Holland. “The vehicle was occupied by four individuals. As Sgt. Bryson was exiting his patrol vehicle, two male subjects came out of stopped vehicle. The two appeared to speak to each other as they moved in the direction of Sgt. Bryson.” 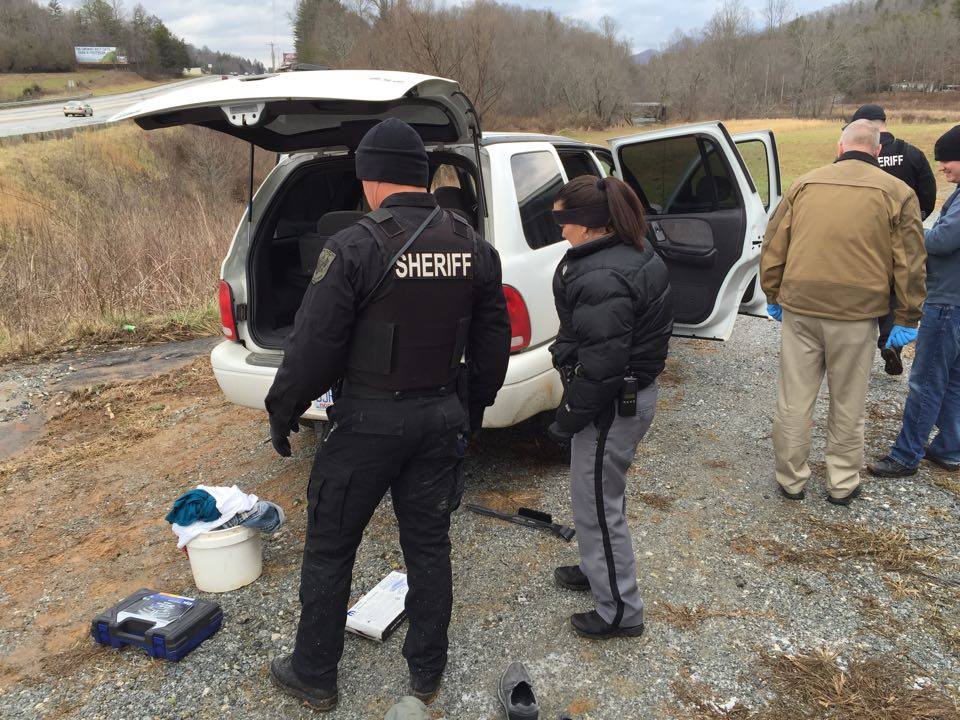 According to Sgt. Bryson, after watching the two suspects converse and one of the two suspects move down the passenger side of the Durango toward his patrol vehicle, he made the split second decision to deploy his K-9 Hoss, a decision that he believes changed the outcome of the events. While deploying Hoss, Bryson kept his gun drawn on the stationary suspect standing next to the Durango until Deputy Stewart arrived on scene.

“Without a doubt I believe that Hoss was able to change the outcome of the situation,” said Bryson. “I fully believe that based on the behavior of the two suspects, they had other ideas as to what was going to take place last Friday.”

“Sgt. Bryson was concerned for his safety after observing the two suspects moving toward his vehicle, as well as watching additional suspects move inside the vehicle,” said Sheriff Holland. “He utilized his firearm and pointed it at them ordering subjects to stop. One male did stop, but the wanted fugitive turned and fled towards the woods. K9 Hoss immediately pursued and within a short distance caught up to fugitive.”

While Hoss pursued Underwood, Bryson ensured that the second suspect, later identified as Timothy Lawrence, was secured while waiting for backup to arrive on scene. Bryson noted that while he couldn’t initially see Hoss, he could hear a struggle between Hoss and Underwood.

“It honestly felt like a lifetime waiting for backup,” said Sgt. Bryson. “From the time I radioed to Deputy Stewart, it took him 12 seconds to arrive, but while I was waiting, it seemed like forever.”

Underwood began assaulting K9 Hoss by striking him multiple times in the head with his arms and fist. Hoss was able to clamp on to Underwood’s arm and secure him while Sgt. Bryson hurried to the scene. Once Underwood was cuffed, Sgt. Bryson requested medical assistance for the injuries Underwood sustained while fighting with Hoss. Underwood was later transported by EMS to Angel Hospital for injuries consistent with dog bites.