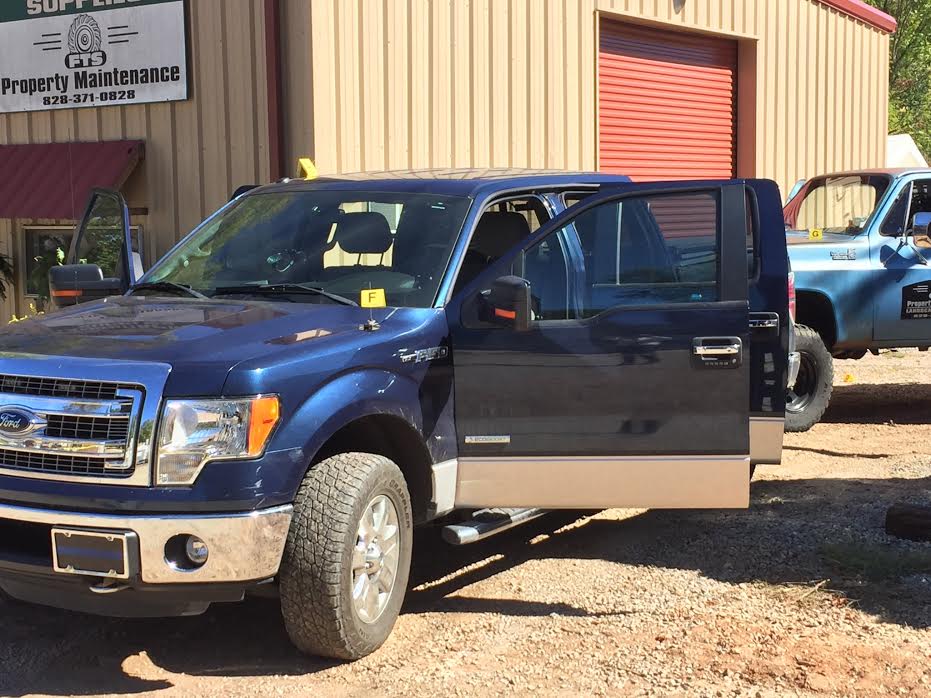 A family dispute nearly turned deadly on Tuesday afternoon when David Finn, 71, shot his son Ryan Finn, 36, in the forehead at their family landscaping business on the Highlands Road.

David Finn is the former Safety Director of Blue Ridge Security and was engaged in a verbal argument with Ryan on Tuesday afternoon. According to police reports, David had asked his son Ryan to leave the family’s landscaping business several times on Tuesday. While in the process of leaving, instead of backing up his vehicle, Ryan went forward and rammed into another vehicle. The vehicle Ryan hit was owned by his father, David.

After the accident occurred on the property, David then shot Ryan in the forehead. After shooting his son, David called authorities to immediately report the incident. Ryan fled the scene on foot ending up at the BP gas station on the Highlands Road. EMS arrived and Ryan received treatment and was transported to the hospital.

According to Sheriff Robert Holland, law enforcement authorities are familiar with the family and the dispute which is why David called the Sheriff directly to report he had shot his son.

Ryan was treated and released from the hospital. Both David and Ryan were arrested

and charged with assault with a deadly weapon with intent to kill.

David’s charges come from using a firearm to shoot his son and Ryan’s are as a result of using the vehicle to run down his father.

Both David and Ryan remain in custody without a bond.

Yesterday’s incident marks the 137th call that members of the Macon County Sheriff’s Office responded to where a firearm was involved. While the sheriff’s office has responded to 137 calls where they knew they were arriving on scene a weapon was involved, officers respond to countless other calls where firearms are involved and present but aren’t initially reported to dispatch. Members of the MCSO responded to three such calls this week alone.

With calls like the one that came in on Tuesday, Sheriff Holland asked the Macon County Board of Commissioners to approve the purchase of 60 new bullet proof vests to offer better protection for officers.

“These are a different kind of vest,” said Macon County Commissioner Ronnie Beale who serves as liaison to the MCSO. “I think this board needs to realize that in the last five years, the sheriff’s office has responded to 627 calls that involve guns. In the last 10 months alone, our Sheriff’s Department have responded to 137 calls that involve a weapon, including one today.”

“The vests that our officers wear right now only protect against so much,” said Sheriff Holland. “A common deer hunting rifle, which is readily available and common in our area, would completely penetrate the vests my officers currently wear.”

Holland proposed the purchase of 60 secondary bullet proof vests made out of a steel material for his officers. The vests weigh 68 pounds and provide ultimate protection for law enforcement. Officers won’t wear the vests all the time, but rather they will place it in the front seat of their patrol vehicles and will be used when responding to calls involving firearms and worn over their existing uniforms.

“Earlier this year we responded to a call where my officers were shot at 37 times,” said Sheriff Holland. “Every bullet that was shot our way, the guns that were being used would have penetrated our vests. The only way we protected ourselves on that call was to hide behind trees.”

Another example Sheriff Holland gave was on a call where a man had barricaded himself in his home and had a hostage. The suspect placed shotguns on 12 window sillls around the house, and if he used any one of those weapons, it could have ended deadly for an officer.

Sheriff Holland told commissioners he was confident that his department would have the $25,000 needed to purchase the vests without additional funds from the county but wanted the county’s blessing to rearrange some funds.

Under the advisement of Macon County Finance Director Lori Hall and in the best interest and safety of law enforcement, the Macon County Board of Commissioners voted unanimously to fund the purchase of the vests out of the county’s contingency budget rather than ask the sheriff to cut his budget to afford the purchase.