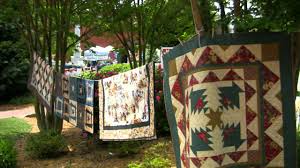 After the town of Franklin’s Main Street director position was eliminated last year, long standing festivals held downtown went on a year hiatus. Without the leadership of Linda Schlott, who served in the position for years, downtown festivals and events such as the Folk Heritage Festival and Airing of the Quilts, lacked the leadership and organization to host the festivals.

When news broke that the Franklin Folk Festival was going to be canceled last year, downtown merchants took it upon themselves to organize a similar event to get people to Main Street. In its inaugural year, the Appalachian Heritage Festival drew crowds to Main Street  highlighting Macon County’s culture. 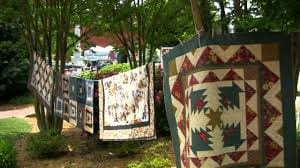 The festival was organized by Linda McKay with NC Mountain Made and each Main Street business held different demonstrations and programs. In 2016, with the annual Franklin Folk Festival moving to the Historic Cowee School and Airing of the Quilts once again being debated, downtown merchants are once again stepping up to organize events in Franklin. The downtown merchants will be sponsoring Airing of the Quilts on Saturday, May 7, with downtown businesses being encouraged to display quilts within their stores. Quilts will also be on display along Main Street from the Historical Society Museum to Ruby City.

“Since this is the same weekend as the Gem Show we are hoping for a large crowd to be in the Franklin area,” said McKay. “Ron Haven has agreed to conduct a tour of the Quilt Trail and there will be an auction of vintage quilts and old trunks to wrap up the day from 2 to 4 p.m.” 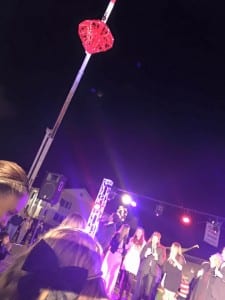 The details for the second annual Appalachian Heritage Festival are still being worked out, but it has been scheduled for July 16.

Franklin’s first New Year’s Eve celebration was also started by a downtown business owner, Timothy Crabtree with Motor Company Grill. The first year of the event, Motor Company Grill was the only business open for New Years Eve, but in the event’s second year, businesses up and down Main Street opened their doors making the annual Ruby Drop another merchant-created event. 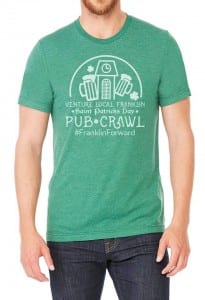 For the first time, downtown merchants are also working together to host a St. Patrick’s Day celebration downtown on Thursday, March 17, in hopes of getting more people downtown and spending the holiday locally. The Bowery, Rock House Lodge, The Rathskeller, the Lazy Hiker Brewing Company and Motor Company Grill are teaming up with Blue Ridge Screen Printing to design event t-shirts for Franklin’s first St. Patrick’s Day Pub Crawl. The merchants will  have musicians, St. Patrick’s Day memorabilia and drink specials for the evening beginning at 6 p.m.

Macon resident reflects on life and legacy as a powerboat racer