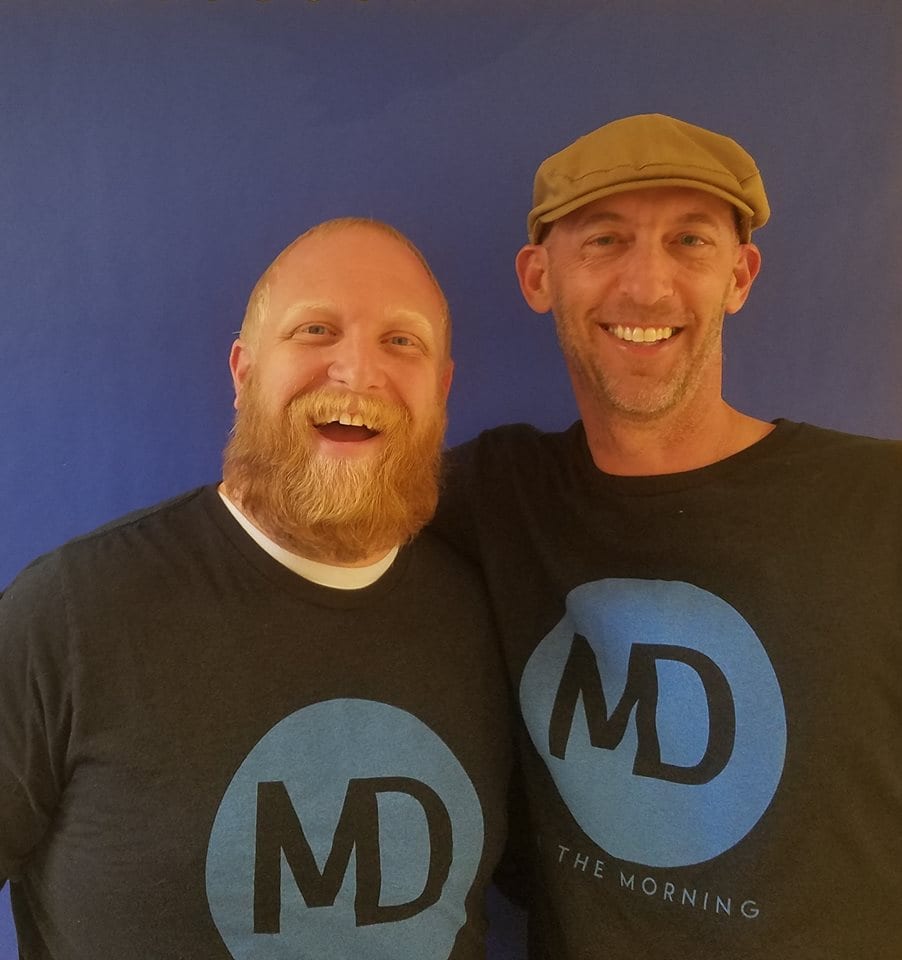 Mike & Dooley in the Morning, a local show in Highlands, NC, announced that they have recently received over 25,000 FaceBook views of their FaceBook Live show, established their own YouTube and Instagram accounts, been picked up by the local cable channel, and now have a merchandise line with all of the profits going to local charities.  After doing their first episode about seven weeks ago, the Mike & Dooley in the Morning show has been well received by viewers in Highlands, Macon County, and all around the country.

Of the show’s success, co-hosts Mike Carrier and Jeremy Dooley said, “We started this off as a fun and light hearted show and we have been overwhelmed by the response that we have received.  Our thought was that it would be nice for our local community, and its visitors, to have a local show that recaps recent events, discusses upcoming events and activities in our area, and highlights local businesses, attractions, and residents.  Western North Carolina is a unique place with wonderful communities and residents and it’s fun to be able to spotlight and share that with people.  Who knows where it’ll go from here, but if people keep watching, following us on social media (FaceBook, YouTube, Instragram), promoting us to their friends and family, and inviting us to their businesses and events, we’ll keep having fun doing it.”

To expand its content and value to the community, Mike & Dooley in the Morning plan on doing the following:

In addition to its FaceBook Live show that airs at 10:00 on Saturday mornings, Mike & Dooley in the Morning are going to air on their YouTube channel and on Highlands Cable Group channel 14, additional episodes that highlight local events, restaurants, businesses, attractions, and residents.  They currently have requests from over 20 businesses in the local area to broadcast their show from their businesses.  Episodes in the upcoming weeks include one from The Bascom in Highlands and another episode in which they will interview Highlands Mayor Pat Taylor.

They are posting on their social media outlets on a regular basis, community and school updates so that people can keep up with what’s going on in and around the area.