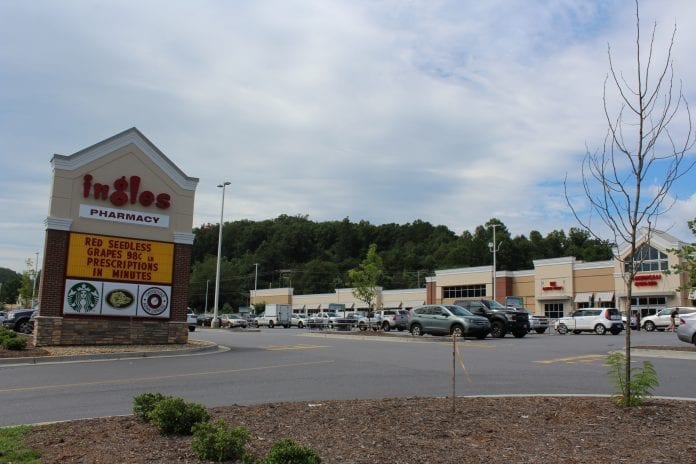 Two 13-year-old boys shot off pellet and BB gun rounds at Hispanic workers near the Ingles on S. Georgia Rd., lodging a pellet in the back and a BB in the head of the victims and shattering a truck window before their discovery and arrest Monday.

He later added, “They gave a lot of details, but they never stated anything about targeting [the victims] because of their nationality.”

At roughly 2:30 p.m., Deputy Andrew Raby of the Macon County Sheriff’s Office responded to a 911 call and searched the area near the Ingles at 1687 Georgia Rd., photographing the victims’ injuries as they were treated in an ambulance. Raby also collected evidence but was not able to initially identify the suspects.

After an interview with a Spanish-speaking victim through a translator at the Angel Medical Center emergency room, Raby returned to the scene where he was joined by Deputy Jonathan Bean and Sgt. Jonathan Phillips.

Officers identified the owner of a brown house from where the victim said shots were heard while they were working on a nearby manhole. The property owner indicated the boys often shot pellet and BB guns in the area.

The father of one of the boys was identified, and officers were given permission to enter the residence where they found the two boys hiding in a bedroom.

After questioning by Sgt. Amy Stewart and School Resource Officer Dani Burrows from MCSO’s juvenile unit, the boys made a full confession and were taken into juvenile detention, where they remained as of late Tuesday.

“The fact that they were Mexicans had nothing to do with it, it was just an opportunity,” Sheriff Holland said late Tuesday, noting that investigators did not specifically ask the boys if they were targeting Hispanics.

Sheriff Holland went on to say the boys were playing video games when they decided to take a pellet gun and BB gun and start shooting people and passing cars. The sheriff expects more drivers to report vehicle damage in the coming days.