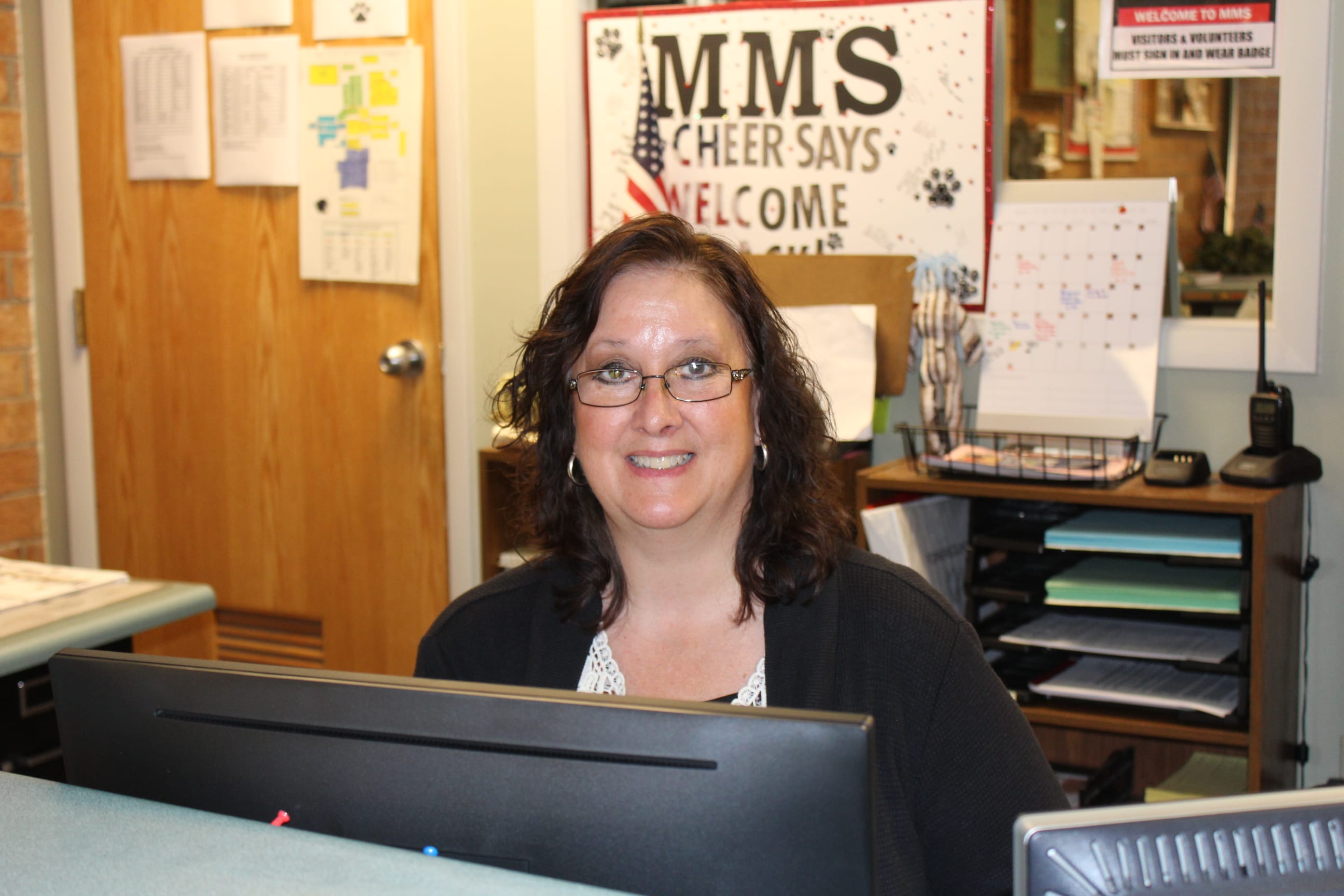 When it comes to creating a mold for educators and support staff for employees of the Macon County School System, there is no one recipe to follow. From bus drivers who greet students in the morning, to the teachers who help with daily work, to cafeteria staff who keep students fed, the district’s employees work together from sun up to sun down to ensure that each and every student in Macon County is cared for.

“Ms. Welch handles the hectic and demanding job of receptionist at Macon Middle School with a positive attitude and a smile,” said Dr. Baldwin. “She is the first person that students and parents see upon entrance to the building. Her warmth and professionalism set the tone for a positive school climate at MMS.”

Welch was born in Tyler, Texas, but with her dad’s work, her family moved around from Louisiana, Georgia, Arkansas, and Florida before settling in North Carolina in 1976. While Welch did move to Texas after high school for about three years where she had her two daughters, she soon moved back to North Carolina.

Welch attended Franklin High School for both her 10th and 11th grade year and was about to graduate a year early. She has two married daughters, a step daughter, step son, and five grandsons.

Welch started her career in education as a substitute teacher when her youngest daughter was in kindergarten and was soon hired as the assistant teacher toward the end of the year.

“I worked in kindergarten for eight years, third grade and fifth grade for several years until Mr. Maslin hired me as the secretary/bookkeeper/data manager at Cullasaja Elementary,” said Welch. “When Cullasaja closed I went to Mountain View as the receptionist for a few years and now I am back with Mr. Maslin at Macon Middle School.”

During her career in education, Welch said the thing she has seen change the most is what is expected of students.

“The biggest change that I have noticed through the years is student academic expectations have dramatically increased,” said Welch. “Students now are doing things that when I started wasn’t expected to be taught until they were several years older.”

While she has enjoyed her tenure in education, Welch said her favorite aspect of the job would have to be when she worked at Cullasaja Elementary School the same time her girls attended school there.

Welch said she was surprised to hear that she won Support Person of the Year, because of the stiff competition being considered this year.

“I was very surprised about being named support person of the year because of the great competition, especially my daughter Ashley [who also works in the school system,] said Welch. “I enjoy challenges and learning and I have had a lot of both over the last 28 years.”

Macon County Board of Commissioners throw in $7K for international field...