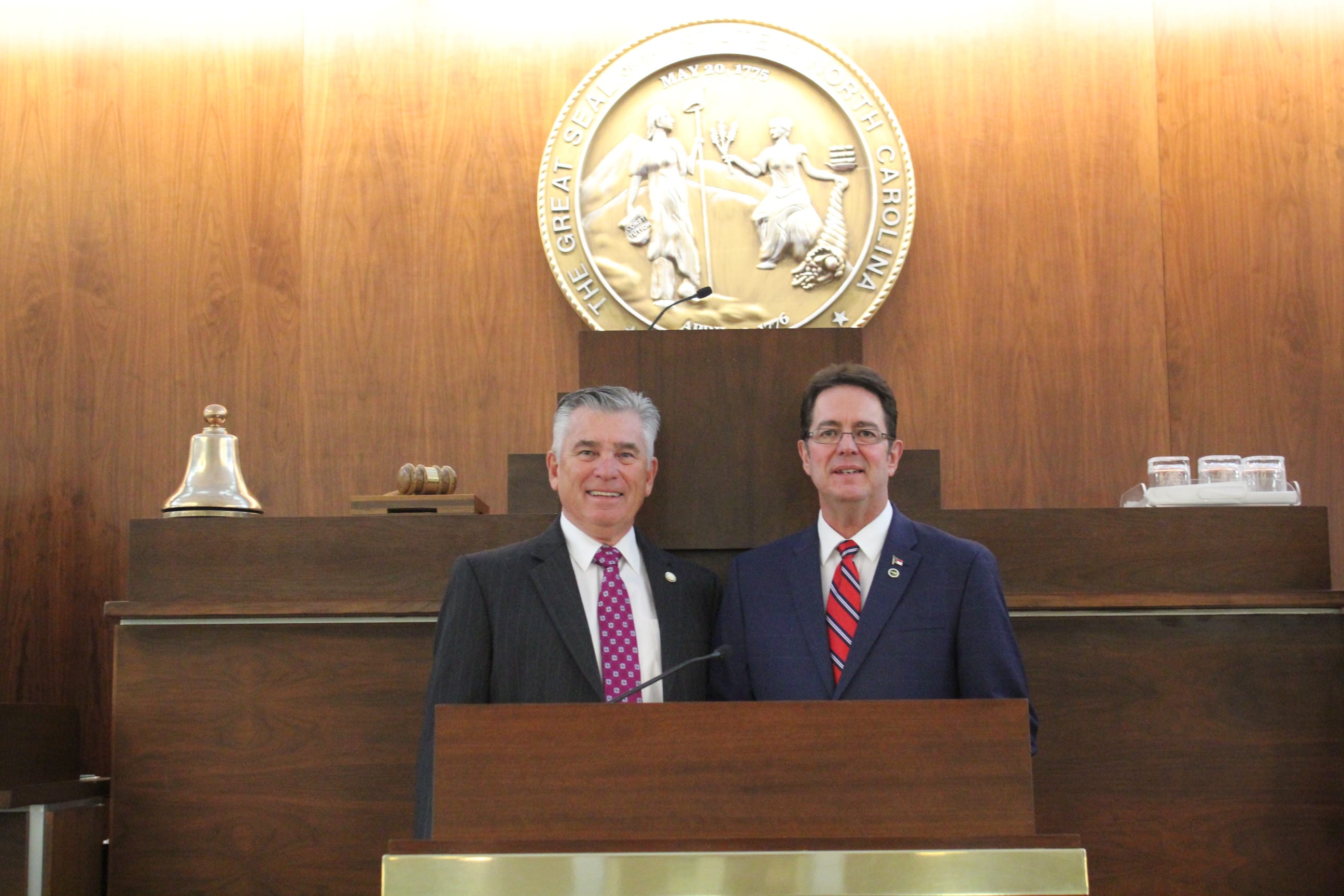 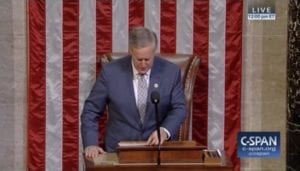 “It was a whirlwind of a week,” said Freshman House of Representative member Kevin Corbin. “We got to work right away delivering on our campaign promises. We filed one of the first bills of the session, which will hopefully give local school boards the flexibility they need to keep class sizes low and saving significant dollars.

House Bill 13, which was primarily sponsored by Corbin, would cap individual K-3 class sizes at 22 to 24 students, depending on grade level. Maximum average class sizes would range from 19 to 21 students.

School districts across the state were bracing for significant budget shortfalls based on mandated class size requirements approved last year. In Macon County, the local school board was expecting a $350,000-$400,000 shortfall, that could have resulted in programs such as art and physical education being cut to make up for the funding.

For the first time in decades, Macon County is home for both WNC’s House Representative in Corbin and Senate representative in Davis, and the pair proved their dedication to the district by filing joint legislation that would directly impact the county.

House Bill 23 and Senate Bill 15, which were primarily sponsored by Corbin and Davis, would ultimately provide Macon County Schools with additional funding due to the isolation of Nantahala and Highlands Schools. Macon County is home to two of the state’s three K-12 schools and both Corbin and Davis had made it a priority to petition the state for additional funds to cover the operating costs of the geographically isolated schools.

Davis’ efforts in the past have been unsuccessful, but with Corbin’s push in the House, the bills have already passed the first reading and have been referred to committee on education, and if favorable, will be passed to appropriations.

“This would mean our school system would get extra state dollars to operate Nantahala and Highlands, which on a per-pupil basis, cost nearly double to operate than schools in the Franklin area,” said Corbin.

Davis was appointed to the appropriations on Department of Transportation, finance, health care, judiciary, and transportation committees.

On the national level, Congressman Mark Meadows was present at the Jan. 20 inauguration of President Donald Trump.

“I look forward to working with the president and his team as we hit the ground running on the most productive first 100 days in modern history — giving relief to so many Americans who have felt the crushing burden of these last eight years,” said Rep. Meadows.

President Trump immediately got to work in office, with Congressman Meadows supporting several of the newly sworn-in leader’s initiatives.

President Trump signed an executive order that reinstates a policy called the “Mexico City Policy” — a policy that restricts foreign, non-governmental organizations that receive U.S. aid from performing abortion services or promoting abortion overseas. This is a reversal of an executive action by President Obama.

“As Washington D.C. prepared to host hundreds of thousands of marchers in the ‘March for Life’ the largest annual peaceful protest in D.C., it is very fitting that President Trump began the week with this executive order,” said Meadows. “I’m thrilled to see the Trump administration begin a new dawn of government with a firm commitment to the sanctity of life.”

President Trump also signed an executive order on “Border Security and Immigration Enforcement Improvements” last Wednesday. The goal of this decision is to begin construction on a border wall and enforce laws already on the books.

“This a promising first step toward securing our border, solving our immigration crisis, and keeping Americans safe,” said Meadows. “Republicans have campaigned on border security for years. It’s high time we kept our promise. I applaud President Trump for acting on his commitments and keeping the security of the American people a top priority.”

“I’m thrilled to continue working alongside Chairman Jason Chaffetz (R-UT) and so many other outstanding colleagues on the Oversight Committee, and I’m confident that this role will put me in a unique position to serve our country and most importantly, serving the people of Western North Carolina,” said Meadows. “We will never let up in our mission – -to ensure that federal agencies are open and transparent in their execution of federal law.”

Songwriters in the Round to meet July 21 at the Macon...