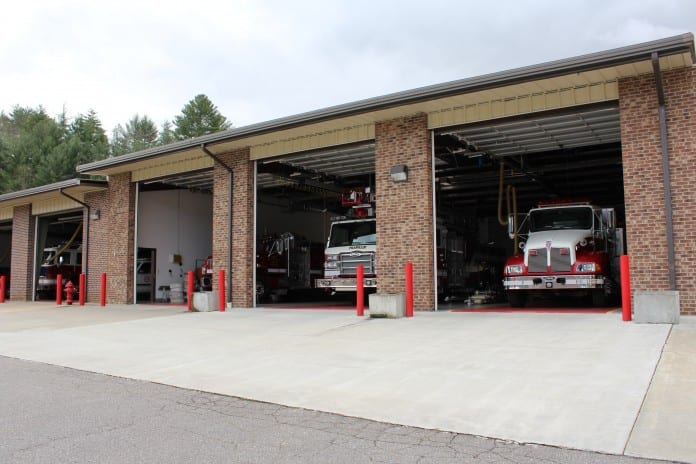 During the May meeting of the Macon County Board of Commissioners, members of the Mountain Valley Volunteer Fire Department spoke to commissioners to propose expanding their response area, particularly directly around their main fire station. The proposed radius would impact as few as a couple of homes/business, or larger depending on what commissioners suggest.

As to just how much lower, “it depends,” said Warren Cabe, Macon County Emergency Management Director.

“If residents are currently in a protection class 9 area with Franklin they might receive a decrease in insurance premiums by being moved to a protection class 5 area with Mountain Valley but an increase in service fee for the Mountain Valley area might off-set the savings,” explained Cabe. “It will take some fairly significant review by both our office and the residents themselves to determine the benefits. The other argument would be response times. Any area there would be closer to Mountain Valley FD which is a volunteer-staffed department but the response times would have to be researched as Franklin is staffed with some limited career firefighters available 24 hours per day.”

Cabe believes it would be beneficial for the county to review the areas in questions, however he said it’s too early to determine if it’s actually a viable option.

While Mountain Valley presented to commissioners to adjust the fire districts, Franklin Fire Department petitioned the board to leave it as it is.

Franklin FD received a service fee increase in 2017 and one of the stipulations placed on the increase was for the department to develop a plan to see if they could better serve their PC6 areas or to determine if that better service was even financially viable.

According to Cabe, the department is now following up on that stipulation and their plan might require the addition of a FD substation somewhere in the area, which might provide similar benefits to the area in question. It would depend on where the substation would be placed and any financial impacts on the Franklin FD service fee now or in the future.

Franklin Fire Department asked commissioners to let them continue following their plan for a substation, which would benefit areas such as Holly Springs, Corbin Cove, Piney Grove (Butterfly Subdivision), Sanderstown and Onion Mountain communities. Although there are no current plans in the coming year’s budget for the substation, Franklin Fire Department said that when they do begin those plans, the homeowners in those areas will be eligible for lower insurance premiums.

Part of the Franklin Fire Department’s Strategic Plan which was presented to the Town Council last year, included a request of $350,000 for land acquisition to build a new substation. The plan in 2017 was to increase the town’s fire tax from .0545 to .0565 to cover the cost of building the substation. However, the town has not increased their fire tax rate in order to start that planning process and the current budget proposal also doesn’t include the tax increase as the strategic plan said it should. While the town would actually see a tax decrease in order to maintain a revenue neutral budget, Town Manager Summer Woodard requested keeping the tax rate the same in order to account for projected growth within the town.

Part of the issue lies in the fact that the town’s strategic plan is based on current tax revenues. Franklin Fire Department’s current total property value is $1,538,197,288. If the fire districts were adjusted, the town of Franklin stands to lose some of that revenue as homes would be removed from their district and placed in Mountain Valley’s.

Commissioners agreed to explore the possibility of adjusting the fire districts. The process would be lengthy and convoluted. In the event the commissioners do not move forward with Mountain Valley’s request, individual businesses and homeowners are able to petition to move districts on their own. According to NC General Statute, there is a process for adjoining property owners to petition a change to an adjoining service district which would then still require board of commissioners’ approval.