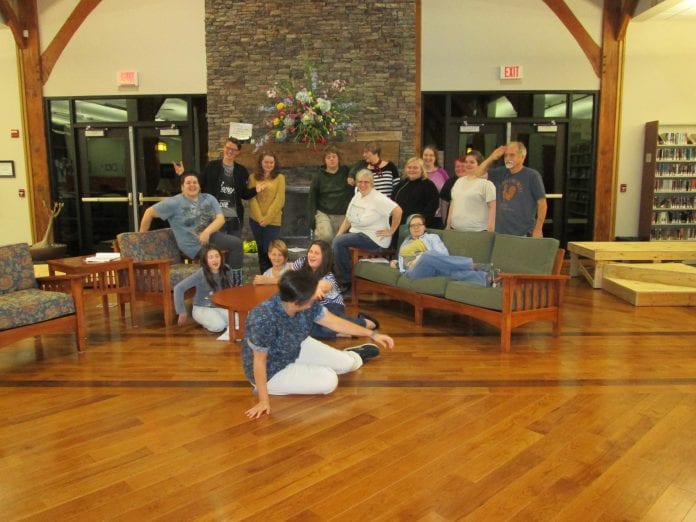 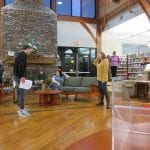 The Macon County Public Library has recently taken on the task of hosting a Community Theater. The play “Murder by the Book” will be staged at the library on Nov. 1, 2 and 3 at 7:30 p.m.

This project began with the EPIC (Every Person is Creative) program, run by Ellen Agee. She invited Roberta Pipitone, who has taught theater for more than 30 years in Southern California, to help put on a holiday show which was a parody of Lawrence Welk.   Roberta and her husband had recently retired and moved to Franklin where she quickly fell in love with the community and the library programs. Then last June she received a call from Savannah Dehart, Franklin Library Department Supervisor for Adult Services, who asked if she could help organize a community theater at the library. Because she saw the need for such a program, she said yes.

When Pipitone first spoke to Dehart, she said that she was interested in producing published plays. However, Dehart asked Pipitone to cast everyone who walked into an audition, a precedent set by EPIC.

“You can’t cast everybody if you are producing ‘Arsenic and Old Lace’ or ‘The Odd Couple’” said Pipitone. “So the only other option was to write the play to fit the cast.” Fortunately she had done just that several times in her career, so that is exactly what she did with “Murder by the Book.”

The play has a cast of 14 actors ranging in ages from 9 years old to over 60 years old. It is a murder mystery a la Agatha Christie, with some dark humor thrown in. It is not suitable for very young children as several characters are murdered during the course of the evening. Admission is free but donations will be accepted, as Pipitone hopes to do future productions.

Although this production has been sponsored in part by donations from the library and local businesses, several issues still exist. There is still a need for storage space for set, props and costumes between shows. As more plays are produced the cost goes up. Volunteers are needed to help in building the stage and setting it up and breaking it down for show time.

Pipitone says she plans to step back in future productions, not because she doesn’t enjoy it, but because she and Dehart envision “Theater at the Library” to become a true community theater reflecting the talents of a variety of artists, including local playwrights and directors. Pipitone feels that having a community theater will draw residents together who have a common desire to be involved in acting, writing and directing plays.  “There is an abundance of talent in our community and folks just need a place to show what they can do” she says.

Warrior Hikers embark on long journey on the way ‘home’