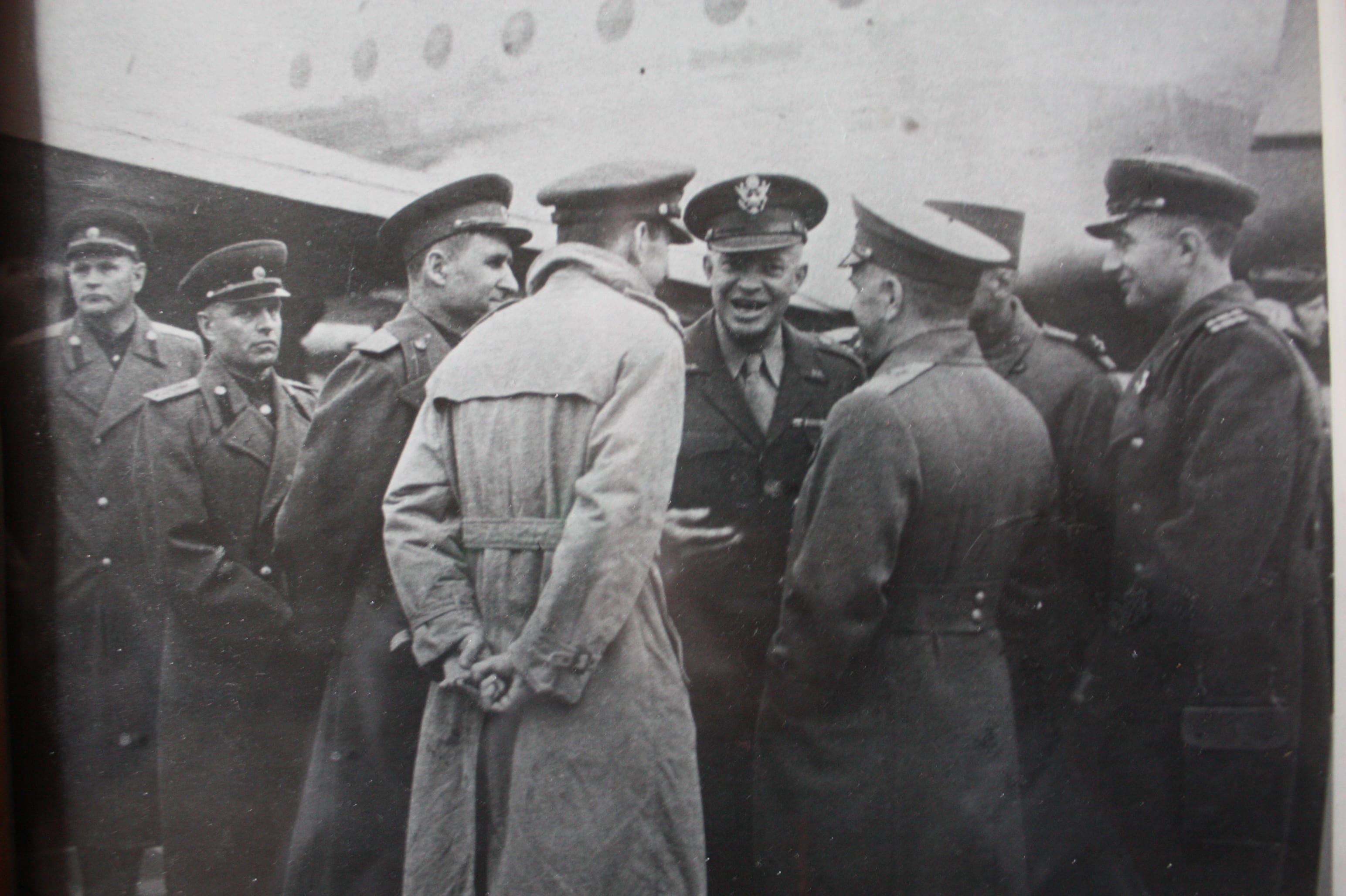 Robert Shook arrived in this world on Dec. 26, 1950, at 12:23 am, just 23 minutes too late to be a Christmas baby and five days too early to be the first baby of the New Year. Yet, his birth reached back some 250 years, dependent on a number of random, yet significant occurrences scattered through his family tree leading to the mid-20th century.

The political, religious and economic turmoil of the Middle Rhine region of the Holy Roman Empire (now known as Germany) set the stage for the Schuck family’s emigration from their homeland to the new world.  During the latter part of the 17th century and the early years of the 18th century, the French armies under King Louis XIV ravaged this fertile and wealthy area, depleting not only the prosperity of its people, but also the productivity of their land. These Protestant people were also persecuted by the Catholic French monarch, who attempted to forcefully convert them to Catholicism.

Then in 1709, after about 30 years of these afflictions, the weather erupted into a winter never before seen in Europe.  Extreme winter storms and bitter cold annihilated the agrarian society these people had established. Entire vineyards were totally destroyed and even casks of wine from previous seasons were ruined. Some accounts contended that the winter cold was so extreme that birds were known to freeze to death in mid-flight.

Thousands of these Palatine Germans, including the Schuck family (later changed to Shook), began to flee their country searching freedom from war, famine and most of all ― religious persecution.  Thus, the Schucks began their arduous journey to a new land and a new beginning.  Then in 1732, Robert says his story begins when the Schuck family left Rotterdam and embarked on a British ship bound for Philadelphia. On the ship was an eight-year-old boy whose survival was the key to maintaining the genealogical lineage down to Robert.  That young boy was Johan Schuck, Robert’s great, great, great, great, great grandfather.

The Schuck family was finally aboard ship sailing toward their new life in America.  Their voyage turned into a four-month journey fraught with every danger imaginable ― constant storms nearly sank the ship, seasickness, malnutrition, dysentery, and disease swept through the crowded passengers’ quarters.  Some of the passengers organized a mutiny, deposed the captain and took over the ship.  Incidentally, Benjamin Franklin documented the mutiny in his newspaper. Finally, according to the ship’s manifest, the struggling ship docked in Philadelphia and the Schuck family was able to step into their new life in America.

In 1769, the Shook (the name had been Anglicized upon arrival in Philadelphia) family was on the road again.  This time they traveled in a Conestoga wagon down the great wagon road from Pennsylvania to Salisbury, N.C.  From there, the family began to push further into Western North Carolina.

Robert’s great, great, great, great grandfather, Jacob, arrived in what is present day Clyde, N.C., and built a house on the left side of the Pigeon River.  In the early 1800s, Methodist circuit-riding preacher Francis Asbury came to the house and preached there.  He walked there from Tennessee, got lost in the woods and finally arrived at the Shook house in the middle of the night.  He was a frequent visitor with the Shook family. The Shook house is still standing and is now a museum.  Asbury’s pulpit is still on display in the house.  Robert said Asbury always referred to Jacob as “Vetter” Shook.

By the middle of the 20th Century, the Shooks were living in Swain County, then displaced and moved off their land to make way for the construction of Fontana Dam, along with 2,000 other families.  So the family settled in Macon County.

Robert’s parents, Lawson and Estelle, were married before the outbreak of World War II, and Lawson was in the army stationed at Fort Benning, Ga.  He was a Drill Instructor and trained paratroopers until his request for active duty was accepted.  Sgt. Shook shipped out with the 82nd Airborne to face some of the most massive and deadly battles of World War II.

Normandy Beach on the coast of France, on June 6, 1944, launched the bloody invasion of Europe known simply as the D Day Invasion.  Lawson Shook and his unit were there.  Then by October, they were in Belgium engaging the Germans in a battle that nearly killed the man who would later become Robert’s father.

During the battle, Sgt. Shook was hit first by an explosion that mangled his left arm. Then a grenade blew up in front of him, literally ripping the skin from the top of his face and rendering him blind in both eyes.  In the aftermath of the battle while gathering the wounded and the dead, he was removed to a battlefield morgue where he laid for several hours until someone saw his foot move. He was put on a ship carrying wounded soldiers to an English hospital. He was actually in surgery while on his way to England.

While in the English hospital, he underwent numerous surgeries to remove shrapnel and to repair his mangled arm. The doctors wanted to amputate the arm, but he refused.  He was able to obtain a small rubber ball that he squeezed to strengthen and regain use of the arm.  He was also fitted with two glass eyes and a steel plate was put over the top part of his head to protect his brain, along with more plastic surgeries to cover the damage.

He was finally allowed to leave and was shipped to Baltimore, Maryland to complete his therapy and rehabilitation.  When Estelle  received word that her husband was in Baltimore, she got on a train in Bryson City and went there to be with him while he was healing.  She asked the hospital to give her a job so she could stay until he was able to return to North Carolina.  She was able to work in the hospital kitchen until he was released in 1947.

Part of his rehabilitation involved learning to read Braille, use a Braille typewriter and even had a Braille pocket watch.  He returned to high school, graduating from Swain County High.

Lawson and Estelle were able to purchase a 40-acre tract of land in Southern Macon County where they farmed and raised chickens.  Lawson raised chickens, feeding and taking care of as many as 500 chickens at one time.

Then, Robert was born after a number of close calls threatening to terminate his family line before he could get into this world.  Some of his early memories involve the chickens and the cow, which he helped milk.  He said they never perceived his father as disabled or handicapped because he was so independent.  His father had a bicycle he learned to ride in a circle around the pasture.  His best memory of the cow happened when a dairy opened next to them and they were able to buy milk for 50 cents per gallon.  They sold the cow and Robert was a happy young man.

Robert said that he didn’t really like school and therefore, was not a great student.  At Franklin High School he remembers being required to take World History and American History, but he wondered why nothing was taught about local history.

After graduation in 1969, he entered an auto mechanic program through Southwestern Community College.  The course of study was on-the-job mechanic training.  His training ground was Carpenter’s Garage off 441 South, near Prentiss Church of God.  The main thing he learned there was that he did not want to be a mechanic.

During the next couple of decades, he went through a number of jobs.  First, he worked for Furman Shook’s Shell Service Station.  On Saturdays, he washed cars and did light mechanic work during the week.  Then he clerked in an auto parts store for a short time.  He spent much of the 1970s working in retail lumber, including Nantahala Lumber.  In the 1980s, Robert went on the road as a salesman for hardware wholesale companies, the first being Summers Hardware out of Johnson City, Tenn.  Then Moore-Handley offered him a $10,000 per year pay raise, so he took the job and moved to Charleston, S.C.

By 1997, Robert had come one step closer to his calling when he returned to Franklin, this time for good.  Shortly after his return, his father passed away at age 85, outliving his battlefield morgue visit by over a half century.

Back in Franklin, Robert worked with Mountaineer Log Homes until 2010 and during this decade, his interest in geneology sprouted and grew to maturity, resulting in the publication of the saga of the Schuck family.

At the same time, another seed was coming to maturity, one that was leading Robert into his calling, that is, to gather local history and lore to preserve it for future generations of people living in Western North Carolina.  The opportunity came in a rather unexpected way.  He had been volunteering at the Macon County Historical Museum for a while.  So, at the publication of his book, he was having a book signing at the museum and was offered the job as curator.  During his tenure, the museum has been expanding significantly, adding an annex at the Old Cowee Elementary school.  The two-room annex contains a one room “mini” museum and one room dedicated to genealogy and a Civil War library.

Robert’s book, “A Journey in Courage,” was a catalyst in his life to pursue not only his own family history but also as an incentive to delve into the history of the other families and events that are foundational to present day Macon County.  His own family history became the classroom preparing him for the position as museum curator handling and documenting our Western North Carolina heritage.

Carol Scherer co-authored the book with Robert.  Robert said that in the process of producing the book, he wrote the narrative out in long-hand and mailed the information to Scherer.  She would take his information, assemble the stories and type it into an acceptable manuscript form.

The book itself is a narrative of the generations of the Schuck family, spanning over 300 years of history, real stories of real historical events and real people written in the form of a novel.  The book opens with prosperous people living in Europe facing disruption of everything around them.  They became a people persecuted for their religious beliefs, and their prosperity was decimated by wars and weather.  Resolutely, they chose to leave their homeland and immigrate into an unknown world that promised a better life.  Generation by generation, the book tells the story of a family who survived the tragedies, and the toils and the triumphs of these human spirits that would not give up.

Four very strong character traits weave a common theme throughout the entire book.  First, they exhibited an intense faith in God.  Secondly, they had deep, abiding love for their families and those around them.  Third, their participation in the United States military in time of war reflects their patriotism and love for America.  Finally, they carried with them a work ethic and determination which allowed them to triumph over adversities where lesser men would have failed.