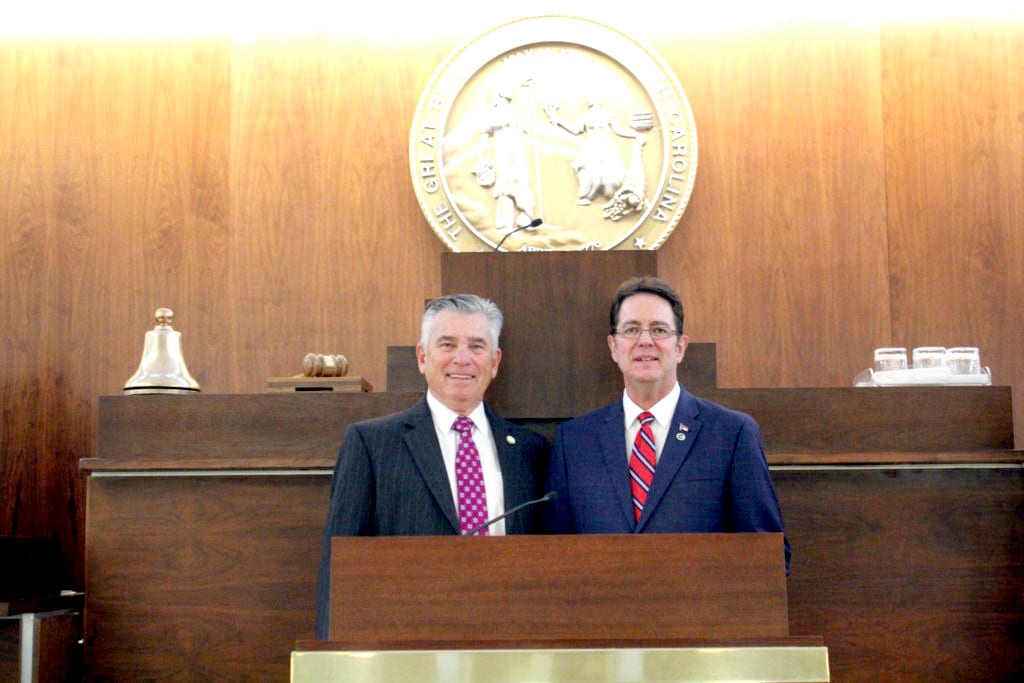 Senate leaders are still refusing to take up legislation that was unanimously supported by the House of Representatives. House Bill 13, which was introduced early this year by several legislators including Rep. Kevin Corbin, and despite getting 100 percent support in the House, Senate leaders have failed to even discuss the bill, and according to Senator Jim Davis, probably won’t.

In the last two-year budget cycle, the N.C. General Assembly put in place stricter rules on maximum class sizes set to go into effect this fall. While the intent of the legislation is to improve student to teacher ratios and the quality of education in the state, the result is school districts across the state scrambling to find funding for additional teachers and classrooms, with several art, music and physical education positions on the chopping block.

House Bill 13 was intended to remedy that. House Bill 13 returns flexibility to districts to spend the funding from the state for physical education, art, and music teachers, while still reducing class sizes. HB 13 keeps strict caps for kindergarten through third grade—18 students to one teacher in kindergarten, 16 to one in first grade, and 17 to one in second and third grade. It also allows classrooms to go over that funded cap by three students.

Because the bill has stalled in the Senate, school boards and local governments in the state have passed resolutions in support of HB 13 and urging the Senate to vote on the measure. One such resolution made its way to the Macon County Board of Commissioners last Tuesday from a group of educators and parents in the county. The resolution supported Rep. Corbin and HB 13, which stands to save Macon County $350,000 on funding for five new teaching positions that would be needed to comply with the new state mandate next fall.

Rep. Corbin said he was grateful for the support in Macon County of HB 13 and is also hopeful the Senate will take it up so districts across the state aren’t in a difficult position this fall. He supported the resolution and the intent of asking members of the Senate to at least discuss the bill.

Senator Jim Davis however, still believes the Senate doesn’t have what it needs to consider the bill despite its unanimous approval in the House and is doubtful it will make it to a discussion. A few weeks ago, Senator Davis said the Senate would consider taking up HB 13 after getting surveys back from districts across the state regarding how funds intended to lower classroom sizes have been spent over the last few years. According to Senator Davis, they aren’t satisfied with the answers they got.

“All the school district surveys have not yet been returned to the state,” said Senator Davis. “Considering over $200 million has been appropriated to reduce class sizes in K-3, it is not likely the Senate will agree to HB13 until we know where that money is being spent.  The surveys that have been returned show that many districts are not using the appropriation for K-3 teachers to reduce class sizes but diverting the money to other places.”

In speaking of diverting money to other places, Senator Davis is referring to the money being used to fund teachers in art, music, and PE, which is accurate. The state does allocate money to create smaller classrooms but in the past has allowed school districts the flexibility to use those funds for art and music teachers and PE, which would be eliminated should that money need to go to classroom teachers. Dr. Baldwin said locally, those monies are spent for K-3 classes, just not classroom teachers, but rather art, music and PE teachers who also serve K-3 students.

If HB 13 isn’t passed, funding of those teachers will be eliminated or the local government will have to increase the district’s budget by $350,000 to $400,000 to fund the five additional positions that would be needed to meet the state mandate.

Districts across the state are bracing for the shortfall in personnel and haven’t even begun to discuss how to address the additional need for space to meet the mandate. In Macon County, Dr. Baldwin noted there is one classroom at Iotla Valley Elementary that could be used, but at least four other classrooms may be needed. One way to avoid adding new classrooms or mobile units to accommodate the additional classes, which is virtually impossible to do by the start of the 2017-18 school year, is to combine classrooms, something Senator Davis suggested.

In an previous interview regarding House Bill 13, Senator Davis said that combining classrooms and having two teachers would meet the state mandated averages without adding infrastructure. So based on the law, there can only be one teacher for every 18 students in kindergarten, combining classes, teachers could have up to 36 students, with two teachers in the class, a real possibility this fall if HB 13 isn’t passed.

“Based upon Sen. Davis’ comments to [Macon County News], we will not necessarily need the additional space,” said Dr. Baldwin. “Frankly, we would have a difficult time ordering, setting up mobile units and having them ready for students by August 28. Building new classrooms in this amount of time would be virtually impossible.  Therefore, we will need to follow Sen. Davis’ plan for at least one year.”

Dr. Baldwin also noted that the need for five additional teachers is based on the current K-2 enrollment numbers. That could change after kindergarten enrollment in a couple of weeks.

The Macon County Board of Commissioners plan to vote on the resolution during its continuation meeting at Southwestern Community College on Tuesday, April 25.