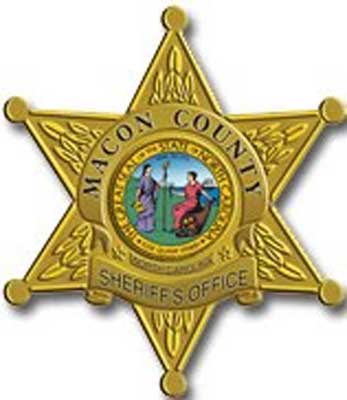 Named “Operation JAWbreaker,” the operation is aimed at dismantling a well-organized criminal enterprise involved in distributing large quantities of meth and heroin – not only in Macon County, but in Western North Carolina and North Georgia.

Working together to undo this criminal enterprise, local, state and federal investigators gathered intelligence on multiple suspects and have been able to successfully obtain enough evidence to identify at least 25 individuals involved in the conspiracy of transporting, delivering and/or selling heroin and methamphetamine throughout Macon and Jackson counties, as well as Rabun County, Georgia.  Of those 25 suspects, three were identified as co-conspirators and suppliers living in the Franklin and Highlands area.  The first names of these suspects were the inspiration for Operation JAWbreaker’s name – an acronym for the three individuals whom investigators identified as a main source of Macon County’s heroin and meth supply.

During Operation JAWbreaker, investigators were able to identify at least three additional sources of suppliers living in the Atlanta area and supplying Macon County.  Investigators spent hundreds of hours conducting surveillance in both Western North Carolina and Georgia, including the Atlanta area. Warrants for the arrests of those Atlanta, Ga., suspects will be issued and they will be extradited to Macon County upon their arrest. During the gathering of intelligence, investigators discovered that drug purchases and transactions were arranged by James Steele, Arthur Potts, or Wade Ennis and that the three men made additional arrangements for those drugs to be transported back to this area for distribution. During the operation investigators were able to identify the three suppliers of heroin and meth in the Atlanta area.  In collaboration with their local, state and federal partners, investigators were able to intercept various shipments of heroin and meth during traffic stops by law enforcement as it headed back to Macon County.

“This investigation was initiated in January 2017 shortly after the conclusion of Operation Thunderstruck which resulted in the conviction of 26 defendants.  Following the overdose death of a former FHS student in 2017, information was obtained by investigators that some of the people identified in Operation JAWBreaker were with her at the time of her death. “We did not forget about this beautiful young life and many times throughout this case the investigators

working this operation have talked about her and others just like her,” said Macon County Sheriff Robert Holland.

“Just as with Operation Thunderstruck in 2016, many of these suspects played a significant role in distributing the same poison into our community that is becoming an epidemic nationally.  They each made a conscious decision to get into the business of selling drugs and did so without any concern or compassion for the families they were helping to destroy,” said Holland.

“Rest assured there will be additional arrests made connected to Operation JAWbreaker.  Investigators have already identified those suspects but for now we are gathering even more intelligence so that just as it was in Operation Thunderstruck the cases are rock solid and end with a successful prosecution and conviction while keeping more drugs out of our community.”

The Macon County Sheriff’s Office wishes to extend a sincere appreciation to the directors, chiefs and sheriffs of the various agencies along with all of their officers for their dedication and commitment in disrupting this organization and their criminal activities being conducted in Macon, Jackson and Rabun counties.

If you are needing help please contact the agency listed below:

As part of Operation JAW Breaker the following arrests have been made as a result of this ongoing year long investigation that involved local, state and federal agencies.  Additional arrests are forthcoming as this investigation continues.

Arrest made in “hit list” incident found at FHS