This is the first in 15 flu seasons in which 49 states (Hawaii was the exception) reported “widespread flu activity” in the same week for three weeks straight, the CDC reported. Puerto Rico also reported widespread flu in weeks two and three.

Macon County Public Health Clinical Services Supervisor Jennifer Garrett spoke to the Macon County Board of Health last month regarding the flu outbreak that has now claimed just under 100 lives in North Carolina. The first week in February, there were 20 new flu deaths in North Carolina alone.

According to health department Public information Officer Kathy McGaha, there has been one flu death in Macon County, an elderly male.

While the CDC reports this year being the worst flu outbreak in history, McGaha said there is no way to track the number of cases locally.

“Influenza is not a reportable condition in North Carolina,” she said. “We do not have number of cases, etc. for Macon County specifically.”

Garrett informed the board that she believes this season is one of the most severe flu seasons the country has experienced in several years. Usually the flu peaks from November through March but with the severity of this year’s flu season, it is expected to last an average of another 11 to 13 weeks longer ending in April.

Despite administering nearly 2,000 doses of the vaccine, McGaha said the health department has remained well stocked.

“We have not experienced a shortage of flu vaccine,” she said. “We have administered most of the supply we ordered for the season.”

Garrett recommended people with a persistent cough should cover their cough using the “Batman Cough” or coughing into their elbow rather than their hands.

Garrett encourages people who think they might have the flu to not wait but to go ahead and go to the doctor to seek treatment. Antivirals, such as Tamiflu, are effective in treating the flu and are ideally taken at the onset of symptoms within 48 hours of exposure; however, antivirals can still be beneficial if taken after 48 hours following exposure. Treatment for the flu should not be delayed and should be started as soon as possible not necessarily waiting until getting the results of the flu test.

The CDC states that while the flu shot is not perfect, it is still the best way to prevent the flu and recommends that people get the flu shot. Garrett said that although the flu is widespread it is not too late to get a flu shot.

“If a person begins to exhibit symptoms of the flu; which may include fever, cough, sore throat, body aches, headache, chills, and fatigue; they should stay home and avoid contact with other people except to seek medical care,” warned McGaha. “If you leave home for medical care, consider the use of a facemask (if you have one) and be sure to cover your cough or sneeze with a tissue. Washing your hands often will help prevent spreading the flu to others. A health care provider can

determine whether influenza testing and treatment are needed. Antiviral drug treatments work better for the treatment of influenza the sooner they are started.” 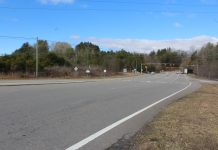 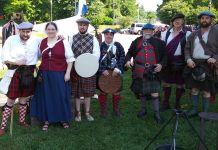