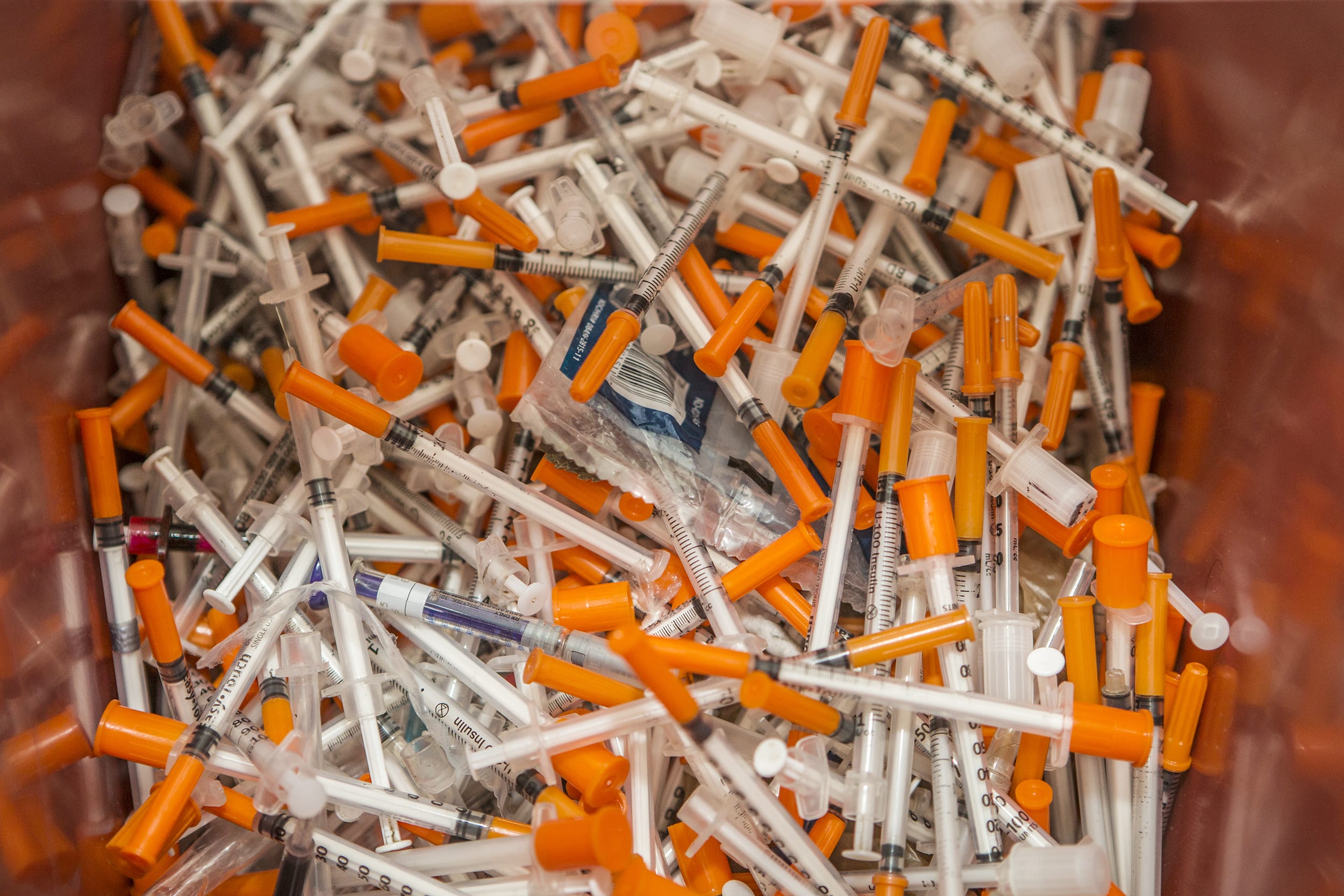 Needle exchange programs collect used and potentially contaminated syringes from people who inject drugs and exchange them for sterile syringes offering access to social services, including substance addiction treatment. Needle exchange programs have been operating in the state and across the country for years, and recent legislation may make the programs easier to operate and broaden the amount of help that can be offered.

Last week, the Macon County Board of Health agreed to partner with Full Circle Recovery Center to support the Center’s’ establishment of a needle exchange program locally.

With the support of the General Assembly, local health departments in North Carolina are starting to explore how the programs can be expanded throughout the state. Stephanie Almeida with Full Circle Recovery has been working to build a network of health departments to support the initiative and address a problem she believes to be on the rise in Western North Carolina.

According to Almeida, Full Circle Recovery Center intends to establish two different delivery models for needle exchange programs in Western North Carolina. The two proposed models include fixed site exchanges located in store fronts, offices and other similar spaces in buildings or mobile/street vehicle based site exchanges conducted via a van or RV that drive to exchange syringes at sites and neighborhoods.

The law was passed as a way to reduce the spread of HIV, AIDS, viral hepatitis, and other blood borne diseases in North Carolina; reduce needle stick injuries to law enforcement officers and other emergency personnel; and encourage individuals who inject drugs to enroll in evidence based treatment.

While N.C. passed legislation to allow needle exchange programs to operate, Macon County Board of Health Director Jim Bruckner noted that the law specifically states that no public funds can be used for the programs. Lawmakers also didn’t allocate any state funding toward those programs.

Almeida noted that the programs are specifically important in Western North Carolina due to the high humber of Hepatitis C cases. In N.C., from 2010 to 2014, the cases of Hep C have tripled in the state. Hep C is often spread through high risk practices such as the sharing of needles.

Currently, 20 states allow needle exchange programs to operate legally and based on statistics on the programs, have been proven to reduce HIV transmission among injection drug users by up to 80 percent, lower hepatitis C transmission by 50 percent and slash needle-stick injury to law enforcement by 66 percent. Additionally, studies show that people who participate in needle exchange programs are five times more likely to enter drug treatment than non-participants.