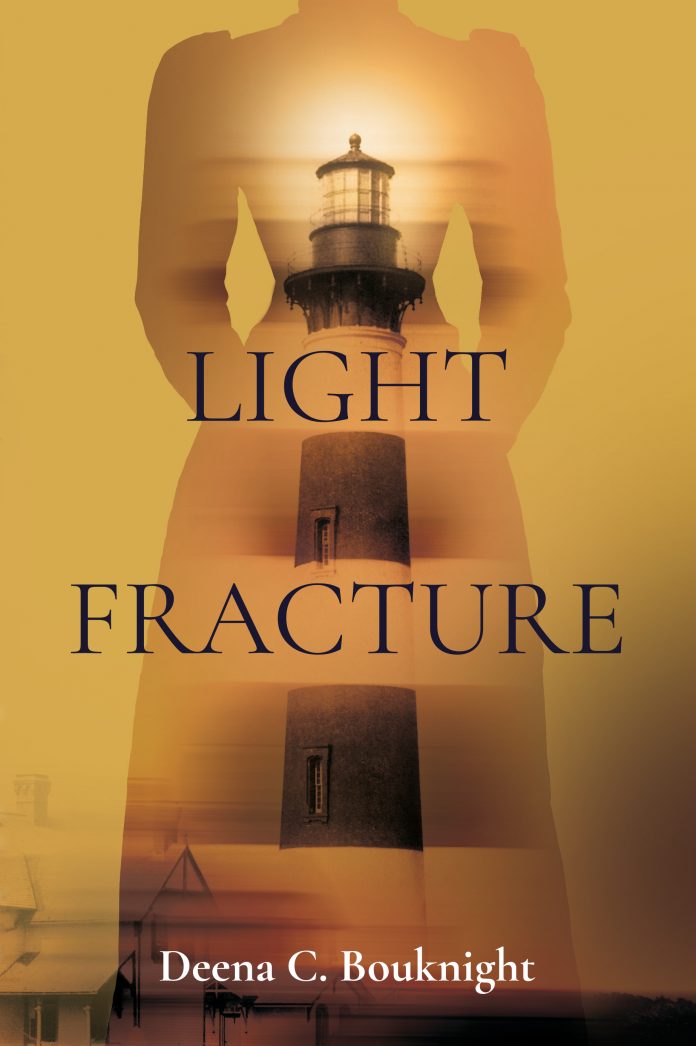 Lias Larsson, the fictional character in author Deena C. Bouknight’s new historical literary novel, Light Fracture, to publish April 28, was “fashioned for heights.” Trained as a lighthouse keeper in Sweden, Lias takes over the Morris Island lighthouse near Charleston, S.C., just eight months before the most powerful East Coast earthquake on record devastates the historic low country city. A tragic event exiles him to Western North Carolina, where he secures a job at the Wayah Bald fire tower.

Light Fracture is the result of several years of research at historic South Carolina libraries and plantations, as well as tours of numerous lighthouses and earthquake-affected buildings. A career writer, Bouknight spent countless hours perusing newspaper articles from 1886, when the earthquake occurred, and reading first-hand accounts of people who experienced the overwhelming event.

Bouknight, in the book’s prologue, explains the motivation for the novel: an assignment 15 years ago to write about, for a South Carolina state magazine, the now-decaying lighthouse at the entrance to Charleston harbor. Plus, little is known about or has been written about the 1886 earthquake. Her intention in writing the novel was to not only capture what author and naturalist Henry David Thoreau dubbed as “sense of place,” but also the tenacity of an area that experienced slavery, a Civil War, Reconstruction, and then an earthquake, all in the span of 26 years.

“While living in South Carolina, I delved into the state’s ‘ugly-beautiful’ past through many of my writing projects and freelance articles, and I try to share in this book both the difficulties and the poignancy,” said Bouknight. “Light Fracture’s plot centers on a teacher hired to educate the children of the lighthouse keeper. I absolutely love history, so I also desired that readers understand the culture and fascination of lighthouses and fire towers that – pre-modern-technology – were absolutely essential in saving lives. These jobs required strong, dedicated men like Lias Larsson. Lighthouse and tower keepers, in fact, understood that their jobs were lifestyles, not just employment.”

Bouknight, who resides in Franklin, bookends her novel’s settings at Wayah Bald. In 1913, the first ranger station in the Nantahala National Forest was completed on Wayah Bald, off Wayah Road. In the 1930s, the historic stone Wayah Bald Fire Tower was built by the Civilian Conservation Corps; it burned in the 2016 fires but was rebuilt.

Light Fracture is prose-driven historical fiction, but with a mystery twist. Bouknight pointed out that the teacher’s observations and experiences are central to the plot, yet readers are able to ascend lighthouse steps, walk the tower’s gallery, feel for themselves the earth move, and see and hear the results of a natural disaster’s catastrophic circumstances.

Light Fracture will be available locally, beginning in May, at Books Unlimited, as well as at other area retailers and through Amazon.com. Learn of upcoming author book signings by visiting DeenaBouknightWriting on Facebook.

CareNet branching out in the community