The Board of Macon County Commissioners (MCC) held its first regular meeting of the year on Tuesday, Jan. 9. After a moment of silence and the Pledge of Allegiance, Chairman Paul Higdon kicked off the evening with public comments. The topics ranged from fentanyl abuse in the county to the moral decline of our country and its constitutional government to the new Franklin High School and the handicapped usability shortcomings of the current high school.

The hot topic of the evening was county Tax Administrator Abby Braswell’s report  on the 2023 property reappraisal. The estimated real property taxable value in the county is $12.6 billion, however this assessment will change once exemptions, exclusions, deferments, and appeals are factored in. The county conducted what is defined as a mass appraisal, which is a process of determining property values by looking at sales information for many properties, property characteristics, and statistical testing. This process is accomplished by analyzing all sales to create assessments that are 100% market value as of a specific date while creating equity for all parcels. Reappraisals match market values against taxable values. While market value is the price a property would mostly likely bring in a competitive market, taxable value reflects assessment, which takes into account any exemptions, exclusions, or deferments being subtracted. In North Carolina, the assessed value is 100% of the market value.

Braswell pointed out that on average, township taxable totals increased about 58%. From a historical perspective, four assessment periods, from 1983-2007, averaged a 61.44% increase each. Conversely, from 2007-2019, an average decrease of 8.28% was realized in property taxes.

“The base does not stay the same; there is growth each year,” Braswell noted. She concluded by reminding the board that not all increases are due to a raise in assessment. If a new dwelling or other type of storage or commercial building is added, it will affect the increase.

Ultimately, county commissioners determine millage rates, which equal the amount of tax payable per dollar of the assessed value of a property. To emphasize changes realized in the past couple years, Braswell explained.

“For forestry, we are normally at $195 an acre; the new schedule is $380 per acre. Agriculture is normally $790 per acre; it is now $1,200 per acre. This comes directly from the Department of Revenue (DOR) and their present use advisory board.”

The window to appeal taxes assessed can run until Dec. 1, but normally closes in July. A notice will be advertised for opening and closing dates for the board of equalization and review appeals in March. However, county tax administration will still bill recipients before the appeals process concludes.

Board Vice Chairman Josh Young asked, “Historically, have we always gone by sales? … I feel like now we are bringing that assessed value up to the actual price.”

“It has to be based on sales, which became a N.C. General Statute in the early 1970s,” Braswell answered. “[The Statute] says, we have to be at 100% market value and if not, then it affects our public utilities. The DOR values our public utility property. If the department sees that your sales ratio is at 90%, they can lower the public utilities assessment based on that.”

Braswell said that not having closely aligned sales-to-tax assessment values could adversely affect the amount of tax dollars the county receives from public utilities, which currently stands at approximately $1 million.

“The purpose of a re-evaluation is to equal everybody’s tax burden so that everyone is paying the same [rate] based on their market value. Properties appreciate or depreciate at different rates and the reappraisal is to create equitable values based on 100% market value,” Braswell concluded.

Reappraisal notices will be sent out the first or second week of February. Informal review of assessments occurs February through April followed by notices being disseminated within four-to-six weeks. This will be followed with appeals to the Board of Equalization after April 3.

Next came consideration of a contract for the Highlands School renovations project. County Manager Derek Roland presented the information for discussion and approval, based on Macon County School Board prioritization of the Highlands School work being second only to the Franklin High School project. The project includes an estimated cost of $634,300, which will be taken from the North Carolina Repair and Renovation fund – it is not county funding. The scope of work on the school includes replacement of the roof, HVAC system, windows, and flooring. Also included within the contract cost is the actual fee for basic services from LS3P Associates, the architectural company performing the work, which totals $45,901 and includes a $1,500 reimbursable fee. Initial design was scheduled to begin  Jan. 10 with construction completed no later than July 31, 2024.

A motion was made to approve the contract and a county budget amendment of $63,430, or roughly 10% of the total project cost to cover architectural fees associated with the project. This includes the aforementioned $45,901 plus $17,529 built in from the Repair and Renovation Fund (RRF) to cover any unforeseen changes to professional fees. If the money is not needed, it will be returned to the RRF and earmarked for use if construction is slightly higher than budgeted – or reserved for future use. The motion was approved unanimously by the board.

The county manager also introduced the second item up for discussion: Request for Proposals (RFP) for broadband services in the Nantahala Community that includes deployment and operation of approximately 11.6 miles of high-speed fiber for a premises network within Nantahala Township. Roland reminded the board “the Broadband Committee members previously discussed allocating $400,000 of county money to be associated with a match for this proposal that the county would give to a provider who submitted a proposal.

“This proposal is essentially a net that has been cast out with $400,000 that has been earmarked for the Nantahala Community Center and library renovation.”

The county is not obligated to spend the entire proposed amount; expenditures will depend on decisions made based on proposals submitted. Overall, the project is scheduled to be conducted in three phases, with the project discussed in the RFP referred to as Phase 1. The RFP allows the county to seek proposals from unaffiliated, qualified network service providers.

“We are seeking a qualified provider to come in and develop fiber infrastructure on the major roadways in the Nantahala Lake area – Wayah and Junaluska roads,” said Lee.

The fiber would then be used to connect county facilities. The RFP further requests connection of homes and businesses located within 500 feet of the fiber infrastructure. Within the 11.6 miles served by the proposed corridor fiber deployment are approximately 231 potential recipients. Once connectivity is established, the committee envisions using state grant funding to conduct some additional expansion off the installed fiber, which would be Phase 2.

Commissioners also briefly discussed the Local Assistance and Tribal Consistency Fund (LACTF), which originated from the pandemic-associated American Rescue Plan Act funds. Macon County is eligible to receive two payments of $459,842.41 each, that are designated for eligible Tribal Governments for fiscal years 2022 and 2023. The money can be used for any governmental purpose, less lobbying activity. A motion to accept the LACTF funding prior to the Jan. 31 deadline was unanimously approved.

Lastly, commissioner Danny Antoine pointed out that none of the existing park playgrounds in Macon County have any kind of handicapped accessible equipment for kids.

“At this point there’s a lot I feel like we can do,” said Antoine.

He suggested looking at partnering with the Town of Franklin to discuss playground issues regarding use and access for handicapped individuals.

“This could be another project the county and town can work well together and we can come up with a larger playground,” suggested Antoine.

Ultimately his vision is for a much larger facility that is accessible to both handicapped and non-handicapped children.

The next regularly scheduled County Commissioner meeting is Tuesday, Feb. 14, at 6 p.m., in the Commission Boardroom located on the third floor of the Macon County Courthouse. 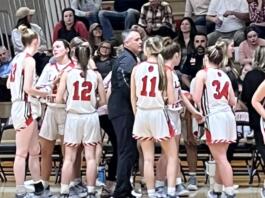 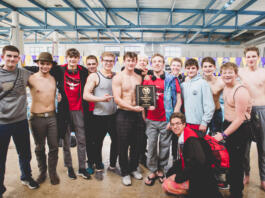 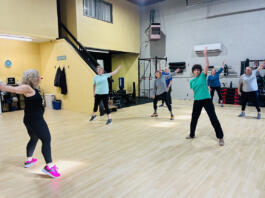