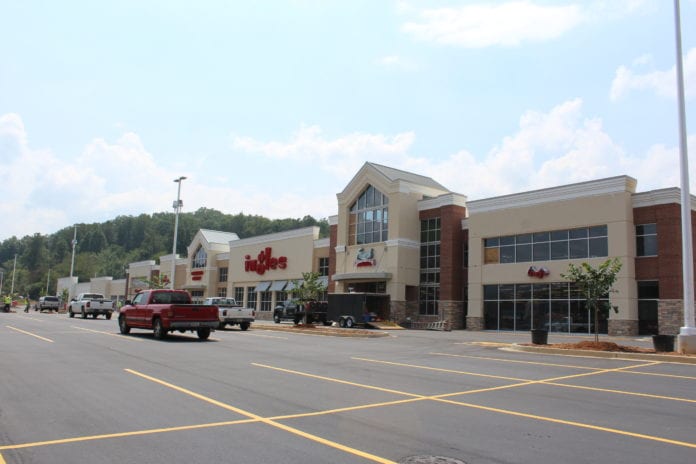 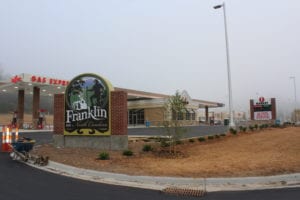 With renovations to the Robert C. Carpenter Community Building and the construction of the new 88,928 square foot shopping center which includes the new 72,128 square foot Super Ingles and 14,800 additional square foot space for retail shops, the southern corridor of the county has drastically changed over the last year.

Ingles’ Chief Financial Officer Ron Freeman said on Tuesday that the new Ingles is set to open on Oct. 25, and from the looks of it, the only thing left to do is shine the floors and unload the groceries.

“For the most part, construction has gone smoothly and there have not be significant changes to our original ideas for the store,” said Freeman. “We have heard from a number of our customers how excited they are to get a new store, and we are just as excited to open for business.”

Freeman said the new Ingles continues to take job applications and will do so even after opening with positions available across the board in the grocery chain, but when the doors are opened to the public, Freeman said Ingles will welcome 130 new full-time and part-time employees. New employees who have already been hired for the new store are currently working in other area Ingles, such as the location at Westgate Plaza, and will switch over when the new store is ready.

The new Ingles is slightly smaller than the one located in Clayton and is the same design that was constructed in Enka-Candler in September 2015. The grocery store’s entrance sign features logos from businesses that will be available at the new location, and as promised last fall when the project began, the Ingles store will feature a Starbucks, its own Chopsticks restaurant inside with seating areas and televisions; and a full deli counter that will include Boar’s Head meats.

Ingles will also have a fresh bakery, full salad bar, hot bar, and olive bar, as well as additional food offerings, and a pharmacy with a drive-thru. The shopping center also features an eight-pump gas station that border’s Zaxby’s parking lot.

In the 14,800 square foot retail space, Freeman said that Ingles Markets has had lots of interests in the tenant space, but nothing will be ready to be open when the grocery store opens on Oct. 25.

To help alleviate traffic congestion from both the community building and the new grocery store, Freeman said that they expect the new red light, which has already been installed, at the store’s entrance will be operational before the store opens.

While there have been rumors that the Ingles located in the Westgate Plaza will be closed shortly after the new location opens its doors, Freeman said that he was not aware of any official store closings and as far as he knows, nothing has been discussed for that matter.