A bill to reopen K-12 schools across North Carolina is expected to be finalized this week.

“The North Carolina Senate voted to approve Senate Bill 37 on Tuesday with bipartisan support,” said Senator Kevin Corbin. “We expect the House to approve the bill on Wednesday and sent it to the Governor’s desk for his signature to be able to get kids across the state back in school.”

Senate Bill 37, also known as the In-Person Learning Bill, would give districts 15 days to reopen schools while also granting parents the option of having their child continue to learn remotely. Over the last few weeks, North Carolina leaders in the General Assembly as well as Governor Roy Cooper have expressed their desire to get children back in the classroom for in-person instruction as soon as possible.

The North Carolina Association of Educators have expressed concern about being forced to return to work in person without teachers first receiving the vaccine. Guidance from state public health officials prioritizes getting elementary school kids back to school amid concerns of heightened learning loss. Six feet of physical separation is not required for K-5 students while they are seated in a classroom. Safety standards are far stricter for middle school and high school pupils. However, Senate Bill 37 would eliminate the mandates currently placed on grades 6-12 and ultimately leave it up to individual districts to decide what is best.

Macon County teacher and local NCAE representative John deVille spoke to school board members earlier this month to share his concerns about teachers being required to return to the classroom with increased student capacity without proper PPE and access to vaccines.

Hearing concerns from teachers in the state, Cooper announced last week that about 240,000 teachers, principals and school staff of all ages could get vaccinated starting on Feb. 24 as part of a staggered rollout of a Phase 3 distribution. However, the combination of supply shortages and strong demand among elderly residents could make it more difficult for educators to book an appointment.

Senate Bill 37 could mean little to no changes for Western North Carolina school districts, as most have offered some form of in-person learning since the beginning of the school year. The bill is more targeted toward urban cities that have remained 100 percent virtual this school year. While Macon County Schools would already be in compliance with Senate Bill 37 based on the current operations, the bill would allow the school board to decide to change operations for grades 6-12 to return at a greater capacity for in-person learning.

After the House votes on the measure, it will be sent to Governor Cooper’s desk. While he is anticipated to sign the bill, in the event he does not, Corbin believes that the General Assembly has the vote to override the veto and implement the legislation regardless.

Gov. Cooper released this statement on Wednesday, “”Children should be back in the classroom safely and I can sign this legislation if it adheres to DHHS health safety guidance for schools and protects the ability of state and local leaders to respond to emergencies. This bill currently falls short on both of these fronts.” 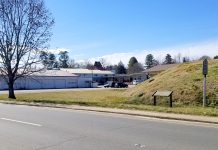 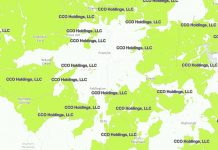 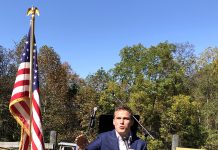