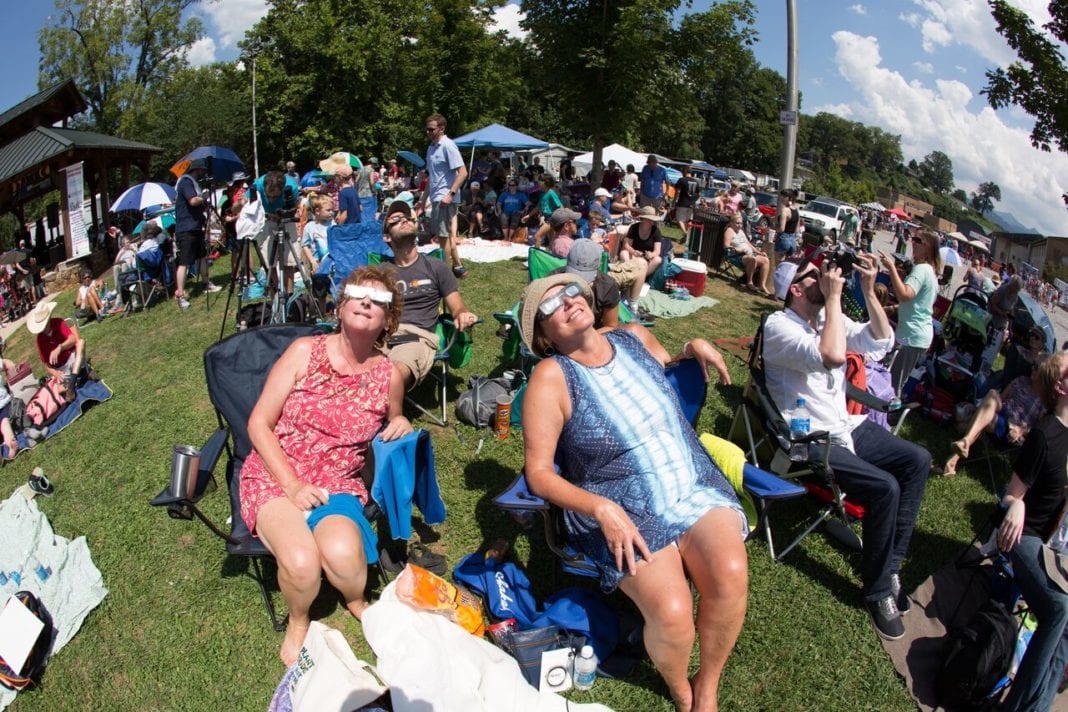 For months leading up to the Great American Eclipse, experts attempted to gauge what economic impact the eclipse was going to have for the towns fortunate enough to fall in the path of totality. Hotel rooms were booked well in advance and numbers from 10,000 to 100,000 were thrown out predicting the number of people who would flock to WNC for the once-in-a lifetime event.

While the number of visitors vary based on who you ask, the actual amount of money generated in room occupancy tax during the month of August are in and record numbers are being reported.

The town of Franklin Tourism Development Authority also collects a room occupancy tax of three percent for lodging facilities located within the town limits and for August 2017 collected $15,268.63, which is $2,467.50 more than August 2016, and the highest collection rate for any August on record.

Jackson County, who was also in the path of totality, boasted a 9.6 percent increase over August 2016, which was also a record year in itself. For August 2017, Jackson County collected $148,701 in room occupancy taxes, which according to Nick Breedlove, director of Jackson County’s Tourism Development Authority, represents  $3.7 million in accommodation sales for that month alone.

South Carolina, which was the last state in the path of totality of the Great American Eclipse said the eclipse was the largest single tourist event on record in the state’s history.

About 1.6 million people traveled to or within South Carolina to view the total solar eclipse in August, according to the state Department of Parks, Recreation and Tourism. Half of those came from out-of-state, primarily Georgia, North Carolina and Florida. “Their hotel bookings and other travel expenditures left an estimated $269 million economic impact across the state.”