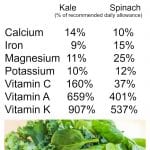 Living with arthritis pain can be a thing of the past if you heed my advice and learn to heal naturally through nutrition.  I have lived with the debilitating pain since I was a child. My mother called it “growing pains” yet it did not subside when I was grown.  Blood work finally  confirmed my rheumatoid factor was 99 percent.

For years I took Tylenol and Advil to help reduce the pain from inflammation. I went through tubes of Bengay and other rubs. I had some good days and some really bad days when I couldn’t even lift my arms due to the horrible pain in my shoulders.  I purchased button down blouses because they made dressing and undressing a little easier. My hands and knees often swelled with pain.  I could not even open a jar. I resorted to getting a handicap placard since I had trouble walking from the grocery store to my parking spot, which often felt like a hike. As a last drastic action, I allowed the doctor to put me on a prescription medication, so that I might have a more decent quality of life. It helped somewhat but I hated the side effects and I still had many “flare ups.”

About five years ago, I met someone who helped change my life. A coworker told me about a homeopathic doctor who teaches how to heal through proper nutrition. I thought I was a healthy eater, but I found out I had it all wrong. What I learned was that sugar, not fat, was the main culprit in causing the inflammation that produces such pain.  Discovering that there was something in our bodies called “gut flora,” which could be healthy or it could be very bad, was an eye opener. According to the doctor, 90 percent of what ails us starts in the gut, due to bad bacteria or flora. Sugar feeds the bad kind of gut flora. In order for our bodies to heal, we need to establish a healthy gut microbe.

Research shows that gut microbes control anti-tumor immune responses in your liver, and that antibiotics can alter the composition of immune cells in your liver, which triggers disease. With so many animals that we eat for meat being given antibiotics routinely, no wonder we are all so sick.

Certain unhealthy gut bacteria promotes inflammation, which is an underlying factor in virtually all cancers and other autoimmune diseases, whereas other healthy bacteria quell it. Diseases such as arthritis, Parkinson’s, allergies, diabetes type 2, obesity, depression and more all stem from poor gut bacteria.

So I set out on a journey to transform my gut flora into the healthy bacteria that nature intended, which in turn would aid in conquering my disease. The first thing on my agenda was to stop consuming sugar. It is a highly addictive and highly refined substance.  When you consume sugar, your body immediately wants and needs more,  not unlike an opiate addiction, but even worse because of the damage it causes to your system. I slowly began to cut sugar out of my life, and I started to read labels to find “hidden sugar” in foods.  You would be surprised how many products contain added sugar. High fructose corn syrup was the biggest offender-aside from it being a GMO (genetically modified organism.)  It is found in soda, candy, canned fruit, bread, salad dressings, yogurt, frozen food, cereal, boxed dinners and even those so-called healthy granola bars.  Processed foods also have extremely high levels of sugar and chemicals in one form or another.

The doctor that I consulted wrote a book about nutrition which I read from cover to cover, and I realized that besides avoiding sugar, consuming fresh fruits and  vegetables was mandatory for optimal health. So the challenge was on! I had to find a better way to prepare my food, while weeding out the offensive and toxic foods that I had been consuming. I had to actually eat healthy. I labeled my endeavor “nutralicious eating.”

Since I have always enjoyed cooking, it was not difficult for me to prepare fresh food. I had to research what food groups would be most beneficial for my health and my palate. Kale was one of the so-called “super foods” along with broccoli, spinach, and sprouts. Salads became a culinary art in my house.  I began to make smoothies twice a day adding in almond or coconut milk, banana, pineapple and cherries (two big anti-inflammatory fruits) kale, blueberries and some peanut butter for protein. Fruit, not fruit juice, is a healthy choice. When the pulp of the fruit is consumed the fructose is easily metabolized by the liver. That is not the case with fruit juice, even the ones that don’t contain added sugar. The amount of fructose in many juices raises your insulin level too high. Diabetes type 2 and other ailments can occur when this happens.

Each morning instead of cereal, pancakes or toast I would make poached eggs using only pastured brown eggs from a local farm.  I sautéed onions, garlic and vegetables such as kale and spinach as my side.   After about six weeks of cutting sugar out of my life and eating wholesome, fresh foods, I began to feel better.  I was able to go days without pain or swelling. My mood lightened and my mental focus improved. The fog that I had been walking around in was gone. I stopped taking my prescription medication and those awful side effects vanished.

Not wanting to stop there, I read another book by the same doctor, about eating healthy fats. I learned that our bodies were made to burn fat, not sugar, and cutting out sugar and adding healthy fats was now a mandatory part of my daily regimen.  Avocado, another superfood, is one such fat along with Alaskan wild-caught salmon. Organic butter and cheeses from grass fed cows and organic milk became the norm in my house. I would try to purchase as much organic food as possible; however, not everything needs to be organic. On this page is a list of the recommended organic foods called the Dirty 12 and the Clean 15. Most fruits and vegetables with a thick skin are fine, if they are not organic. The thinner skinned fruits and vegetables are the culprits. The toxic chemicals that are sprayed on them used to kill weeds and insects, seep into the pulp of the food and cannot be washed off even with vigorous scrubbing.

Five years after the start of my nutralicious eating project, I am still reaping the benefits of my endeavor. Some call it the paleo diet, and it is similar, with some exceptions. Because of the industrialized agricultural practices that are used by our country today, many meats and fish are no longer nutritious. Instead, they are loaded with antibiotics and growth hormones and animals bred for consumption are kept in terrible unsanitary conditions. I no longer eat beef and I make sure to purchase chicken that is antibiotic and hormone free. Farm-raised fish is a no no for me because it is loaded with harmful bacteria. Only fish from the northern Pacific Ocean is still fairly healthy, especially off the coast of Alaska.  I have tried the grassfed beef but it is seemingly too dry because it lacks fat. I really don’t miss it, my burgers are all made from ground chicken or turkey and my homemade spaghetti sauce contains the ground chicken also. I have also limited my starch intake, such as potatoes, bread, rice and pasta since that converts to glucose in your body.

I think the toughest part of this new way of eating was finding a sugar substitute that was  healthy and delicious. I now use a stevia/erythritol mix which has a zero glycemic index. That means it does not raise your insulin level as does sugar. My coffee is now organic as is my tea and I love the organic half and half instead of that powdered stuff. It’s funny, I thought I would really miss eating donuts, cake, pies and cookies but I don’t. I test myself from time to time and taste some cake or eat a cookie but I don’t like the sugar anymore. My body seems to reject it as though it is a foreign invader, which it is.

I still bake but I use wholesome ingredients such as almond flour and my stevia/erythritol mix. I have even learned how to make healthy ice cream and my grandkids love it. Recently I have begun to make fermented vegetables, another superfood, along with Kombucha a fabulous probiotic tea. I even make soap, toothpaste and deodorant. It is quite therapeutic and so wholesome knowing there are no chemicals going into or onto my body.

I don’t expect that everyone will jump into this healthy lifestyle immediately but if you can just start by cutting out the sugar and processed foods, I believe you will notice a difference in the way you feel and you may even shed a few unwanted pounds in the process.  Why not take control of your life through nutralicious eating and feel more alive and live pain free like me?