Born in Macon County, he was the son of the late Carey B. Patton Sr. and Gertrude Cunningham Patton. He lived in Franklin his whole life except for the four years he served in the U.S. Marine Corps where he did three tours in Vietnam during the Vietnam War.  He spent 19 months as a Parachute Rigger for A-4 D&E Aircraft and saved the lives of four pilots that were hit with fire and had to eject from crashing aircraft.  He then spent seven months as door gunner on CH-46 Boeing helicopters, serving in 240 combat missions.  After leaving the USMC in 1970, he enrolled at Western Carolina University, graduating in 1974 with a BSBA in Business Administration.  While on leave from Vietnam in 1969, he met the love of his life, Nancy Fisher Patton, and they were married in 1972. They had one son in 1977, H. Carey Patton.  He worked as a plumbing contractor for 30 years and retired from Franklin Fire Department in 2009 after 21 years.  He was also a member of the VVA (Vietnam Veterans of America).   He enjoyed golfing, playing cards with friends, and spending time at Coleman River.

He is survived by his wife of 46 years, Nancy Fisher Patton; son, H. Carey Patton (Brandi); grandchildren, Ruck Patton and Blake Patton; and brothers, Howard Patton and Joe Patton all of Franklin.

A memorial service was held Saturday, May 25, at the Veteran’s Memorial Park in Franklin.  Rev. Mark Bishop officiated.  Military honors were conducted by VVA Chapter 994.

Memorial donations can be made to the VVA Scholarship Fund.

He worked and retired from the A&P Grocery after 20 years and then went into telephone work until he retired again. He loved hunting, fishing, golfing, and tubing with his kids and grandkids at Deep Creek. He was a member of the Macon County Coon Hunters Association and a member of Prentiss Church of God.

He was preceded in death by his parents; a son, Charles Lewis “Charlie” Sherrill; and a sister, Beverly Sherrill.

In lieu of flowers memorials can be made to the Alzheimer’s Association of Western North Carolina, 31 College Place Suite Doppler 103 Asheville, NC 28801.

Bryant-Grant Funeral Home and Crematory is serving the Sherrill family. 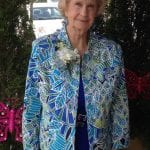 Born in Macon County, she was the daughter of the late Lawrence Hastings and Lura Francis Roane Hastings. In addition to her parents, she was preceded in death by her first husband, Vernon Baldwin; second husband, Ronald Boyd Schmoll; brothers, Dover Hastings and Marshall Hastings; grandchildren, Shawn Baldwin, Rodney White, and Christopher Hartley; and son-in-law, Jim White. She was a member of Sugarfork Baptist Church where she taught Sunday school. She enjoyed bowling, gardening, crocheting, shopping, traveling, quilting and doing puzzles.

A funeral service was held Friday, May 24, in the Chapel of the Macon Funeral Home. Rev. Gene Hawkins and Rev. Steve Reeves officiated. Burial was in Woodlawn Cemetery.

In lieu of flowers, memorial donations can be made to Disabled American Veterans, P.O. Box 14301, Cincinnati, OH, 45250.

Virginia “Ginger” Hightower Kennedy died at midnight, May 21, in Highlands, N.C.  Her husband Kevin Naylor was at her bedside at the time of death. The cause of death was complications from lung cancer.

She was born March 5, 1940, in Atlanta, Ga., and was the daughter of Alfred D. Kennedy Jr. of Atlanta and Jane Virginia (Gina) Hightower Kennedy of Atlanta and Thomaston, Ga.

She is survived by her best friend and husband of 26 years, Kevin Michael Naylor. She moved to Highlands in 1995 and resided there until her death.  She loved gardening, dogs and travel with her husband to places as distant as New Zealand and Angkor Watt Cambodia.

During her lifetime She was a member of the Peachtree Garden Club, the Forward Arts Foundation and the Piedmont Driving Club of Atlanta. She served on the boards of the Bascom Visual Arts Center and the Cashiers-Highlands Humane Society. She and her husband were co-chairpersons of the Collective Spirits event for The Bascom in 2011. She graduated in 1958 from Miss Hewitt’s Classes in New York City.

In lieu of flowers, memorial gifts may be made to The Bascom Visual Arts Center in Highlands or the Cashiers-Highlands Humane Society.

A Celebration of Ginger’s Life, to be scheduled at a future date, will be held in Highlands.