He was a life-long resident of Macon County. He was the son of the late Allen Jackson Welch and Laura Hughes McCoy Welch. He was preceded in death by two daughters, Brenda and Paulette; five brothers, Floyd, Carl, Everette, Jud and Darrell; four sisters, Texie, Dove, Oleta and Pallie.

He was a good Christian and a proud member of Masonic Lodge #145 for 50-plus years. He was always available to help anyone in need. He lived a good life and worked at many professions,  but his passion was being a livestock dealer.

Funeral services will be held Thursday, Sept. 26, at 2 p.m., in the Chapel of Macon Funeral Home. Rev. Gary McCoy will officiate. Burial will be in the Tellico Baptist Church Cemetery with Masonic Rites conducted by Lodge 145.

The family will receive friends from 1 to 2 p.m., prior to the service at the funeral home.

2 Corinthians 5:8 – To be absent from the body is to be present with the Lord

Hewas a friend to everyone he met. He always had a smile and a funny joke to tell. He will be missed dearly by his family and neighbors, especially his extended family, Alvin Doster, Doris Doster and April Doster and his Macon TRACS family.

The family will hold a private service at a later date.

Bryant-Grant Funeral Home and Crematory is serving the Reeves family.

Online condolences can be made at www.bryantgrantfuneralhome.com.

Born May 2, 1936 in Haywood County, he was the son of the late William and Emma Sorrells and was preceded in death by two brothers, Thomas and Wayne Sorrells, and a sister, Evelyn Fouts.

Rev. Sorrells pastored First Baptist of Grover for five years and Beaver Dam Baptist for 18 years. He served an interim pastor for many churches in Cleveland, Macon and Cherokee (S.C.) counties. He taught English at Young Harris, Mars Hill, and Gardner Webb Universities and concluded his teaching career at Fruitland Baptist Bible College in Hendersonville. He and June loved to travel and visited all 50 states as well as several countries.

A Celebration of Life Service was held at Beaver Dam Baptist Church on Sunday Aug. 4, with a reception following the service.

Online condolences may be made at www.cecilmburtonfuneralhome.com.

Born in Macon County, he was the son of the late Isaac Passmore and Zelma Blackburn Passmore. In addition to his parents, he was preceded in death by brothers and sisters, Vernon, Furman, Lynn, Woodrow and James Passmore and Evelyn Talley and Demaris Hooper. He enjoyed hunting, gardening and playing bingo. He was a member of Franklin Church of God.

In lieu of flowers, memorial donations can be made to the Rathbun House, 121 Sherwood Rd, Asheville, NC 28803. 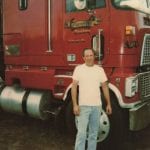 He worked and retired from the trucking industry after many years of service. He taught himself how to drive and make a living in trucking. He had a love for western movies and dogs.

He was preceded in death by his parents and two sisters, Beatrice Bates and Sue Woodall.

A funeral service was held Tuesday, Sept. 24, in the chapel of Bryant-Grant Funeral Home with the Rev. Donald Bates officiating. Burial was in the Woodlawn Cemetery.

Bryant-Grant Funeral Home and Crematory is serving the Bates family.

Born in Bryson City, she was the daughter of the late David Ansel Hall and Nina Sue Bradley Hall. In addition to her parents, she was preceded in death by her husband, Billy Wayne Cheek. She owned and operated Browns Café for nine years and worked as a cook for the Osceola County School system.

Graveside services will be held in Osceola Memory Gardens in Kissimmee, Fla.

He was a carpenter and builder for many years.  He liked classic cars and street rods, and blue grass music. He had a love for hunting with and training coon dogs.   He was a member of the Gem City Car Club and was a U. S. Army veteran.

In addition to his parents, he was preceded in death by his wife, Mary Ann Powell, who passed away 12 years ago.

Bryant-Grant Funeral Home and Crematory is serving the Powell family. Online condolences are available at www.bryantgrantfuneralhome.com.