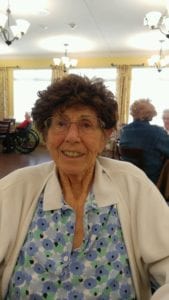 Born in New Straitsville, Ohio, she was the daughter of the late Charles William Donley and Twila Elizabeth Botzer Donley.  She was preceded in death by her husband, Robert Louis Smith; two sisters and three brothers.

She was a member of First Presbyterian Church of Deland, Fla.  She enjoyed reading, computers and bridge.

She is survived by two children, Christopher Smith of Orlando, Fla., and Rebecca McCall of Franklin; and two grandsons, Timothy Bean and Shawn Bean; and several nieces and nephews.

Born in Jackson County, he was the son of the late William McKelly Frady and Eva Stewart Frady. In addition to his parents, he was preceded in death by two brothers, Junior Coggins and Homer Stewart. He was a painter, member of Pine Creek Baptist Church, and was an avid sportsman, enjoying hunting, fishing and ginseng hunting.

He is survived by two sisters, Willa Moses and Mamie Peeler both of Franklin; two brothers, Jerry Frady (Angie Manley) of Franklin and Johnny Frady of Pine Creek Community (Valerie Frady) of Jackson County and several nieces and nephews.

A memorial service will be held at Sunday, Aug. 13, at 3 p.m., at Pine Creek Baptist Church.  Rev. Everette Wilson, Rev. Johnny Norris and Rev. Aaron Langston will officiate.  Burial will be in the church cemetery. The family will receive friends one hour prior to the service at the church.

Memorial donations can be made to the American Cancer Society or hospice of your choice.

She was born June 23, 1986, in Panama City Beach, Fla.  She worked for Drake Software, Dollar General, and Walmart.  She was a comedian by making people happy through laughter.  She loved to dance and listen to music.  Most of all she was a defender for those who could not defend themselves. She was a very spiritual person and believed in the power of prayer.

A memorial service was held Friday, Aug. 4, at the Greenway at Wayah St. and Ulco Dr. in Franklin, N.C.

Online condolences may be left at www.bryantgrantfuneralhome.com. Bryant-Grant Funeral Home and Crematory is serving the Smith family.

Born in Haywood County, North Carolina, he was the son of Grace Erwin Lane and the late William “Tom” Lane.  He was a U.S. Marine Corp veteran; member of the American Legion of Kennesaw and site inspector for NOVA Engineering.  He was an expert marksman, loved going to the firing range; enjoyed fishing and camping and never met a stranger.

A memorial service was held Monday, Aug. 7, in the Chapel of Macon Funeral Home.  Rev. Vic Greene, Rev. Janet Greene and Rev. Kelly Dotson officiated.  Burial was in the Woodlawn Cemetery.  The VFW Post 7339 and the American Legion Post 108 will conduct military rites.

Born in Paintsville, Ky., he was the son of Richard E. Penix  Sr. and the late Patsy Daniels Penix. He was a family man, and enjoyed music, playing the guitar and being outdoors.

Born in Pocomoke, Md., he was the son of the late Fred and Annie Bunting Aydelotte. In addition to his parents, he was preceded in death by brothers and sisters, George, Sherrod, Hilda, Ruth and Anna Lee.  He was a U.S. Army veteran and retired manager from A&P Grocery Stores. He enjoyed shooting pool, fishing, gardening and deer hunting.

He is survived by his wife of 56 years, Grace Herold Aydelotte; son, Roger W. Aydelotte, Jr. of Franklin; sister, Naomi Linton of Rehoboth Beach, Del., and one grandson, Nathan Aydelotte and several nieces and nephews.