Born in Jackson, Ohio, she was the daughter of the late Russell Samuel Overly and Oden Ora Wood Overly.  In addition to her parents, she was preceded in death by her husband, Bill A. Lee and a brother, Robert Jerry Overly.  She had many adventures in life, but the ones she loved the most was being a loving mother, wife, grandmother, great grandmother, and friend to all she met.

No services are planned.  Just good thoughts and prayers.

Born in Franklin, N.C., she was the daughter of the late William Arthur McConnell and Minnie Elizabeth Sorrells McConnell.  In addition to her parents, she was preceded in death by her husband, Rimer Louis Hoglen; siblings, Steve, Paul, Ural, B.L., John Furman, Grace, Jessie McConnell and Bessie Seay; and grandson, Johnny Holbrook.  She was a longtime member of Hickory Knoll United Methodist Church, since 1950, serving as past superintendent, Sunday School teacher, chairman of the finance committee, PPRC, administrative board chairperson, chairman of cemetery board, and sang in the choir.  She loved spending time with the grandkids and great grandkids.

A funeral service will be held Thursday, Aug. 15, at 2 p.m., in the Chapel of Macon Funeral Home. Burial will be in the Hickory Knoll United Methodist Church Cemetery.

The family will receive friends from 1 to 2 p.m. Thursday at Macon Funeral Home.

Born in Macon County, she was the daughter of Audrey Holland Cook and the late David Lee Cook.  In addition to her father, she was preceded in death by her beloved dog, Killer.  She loved crafting, flowers, and gardening.  She was of the Baptist faith.

A private celebration of life will be held at a later date.

In lieu of flowers, memorial donations can be made to Shriners Hospitals for Children, c/o Donor Relations, 2900 N. Rocky Point Drive, Tampa, FL  33607.

Edna Marie “Granny” Holland, 85, of Franklin, N.C., passed away Friday, Aug. 9, 2019, in the comfort of her daughter’s home in Moreland, Ga., surrounded by her loving family.

Born in Macon County, North Carolina, she was the daughter of the late Benjamin Lenoir and Lucinda Corinne Huckaby Lenoir.  In addition to her parents, she was preceded in death by her husband, Hayes Abraham Holland; granddaughter, Lindsey Marie Howett; and all of her 11 siblings.  Granny loved baking her favorite sweet treats, socializing with friends and family, fishing, and whooping up on her dearest in card games.  She had a wonderful smile that would light up a room.

Memorial donations can be made to Children’s Healthcare of Atlanta Foundation, 3395 NE Expressway, Suite 100, Atlanta, GA  30341.

Margaret Louise Childers, 80, of Easley, S.C., formerly of Franklin, N.C., passed away Friday, Aug. 9, 2019.  She was born March 10, 1939, in Macon County to the late Walter Hopper Johnson and Laura Ellen Ledbetter Johnson. She was a member of Franklin Church of God. She loved flowers, watercolor painting and bird watching.  In addition to her parents she was preceded in death by her husband, Henry Childers; daughter, Renea Childers and three brothers, Billy, Daniel and Burt Johnson.

A graveside service was held Wednesday, Aug. 14, at Bon-A-Venture Cemetery in Canton.

Bryant-Grant Funeral Home and Crematory is serving the Childers family. Online condolences are available at www.bryantgrantfuneralhome.com. 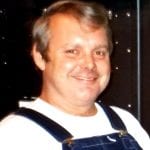 A memorial service will be held Saturday, Sept. 14, at 2 p.m., in the Chapel of Macon Funeral Home.  Rev. Steve Reeves will officiate.

The family will receive friends one hour prior to the service at Macon Funeral Home.

Robert Wendell Jones, 82, of Franklin, N.C., passed away Sunday, Aug. 11, 2019.  He was born Dec. 14, 1936, in Butler County, Alabama, to the late Spright Jones and Wynona Williams Jones.  He was a U.S. Army veteran, attended Prentiss Baptist Church and  loved farming and mowing.  In addition to his parents, he was preceded in death by his wife, Sandra Jones, and a brother, Lewis Jones.

A service and burial will be held in Florida.

Bryant-Grant Funeral Home and Crematory is serving the Jones family.  Online condolences are available at www.bryantgrantfuneralhome.com.

She was born in Toccoa, Ga., on April 12, 1971, to “Mike” Gribble Epperson and the late Robert Andrew Gribble.

She graduated from Franklin High School and Mitchell Community College. She was the administrative assistant to the Director of Emergency Services in Alexander County. She never met a stranger and was always smiling and happy. She loved being outdoors and enjoyed kayaking, hiking, four-wheeling, and traveling. She also had a love for art and animals. She loved antique trains and cars and often said chrome was her favorite color.

In addition to her mother, she is survived by her sister, Frankie O’Harrow; fiancee, Rodney Pope; a stepson, Alex Atkinson; and numerous aunts, uncles and cousins.

In lieu of flowers, the family asks that donations be made to your local Volunteer Fire Department as she wanted. She was very involved in fire department activities and fund raisers.

Johnny Virgil Rice, 66, of Franklin, N.C., went to be with the Lord on Aug. 7, 2019.  He was born in Macon County to the late Virgil and Katherine Rice. He enjoyed being with his family.  In addition, he loved fishing, his dogs, and feeding the deer around his home.

A Celebration of Life Service will be held at the home of Johnny Rice at 11 a.m. on Aug. 31.  Friends and family are invited to join the family at 3571 Rose Creek Road, Franklin.