William R. “Jamie” Ledford, 48, went home to be with his Lord and Savior on Friday, July 29, 2022. He was born Dec. 27, 1973, in Jackson County to Jim and Pauline Ledford. He liked to hunt, fish, and work on the family farm. He was a member of Prentiss Baptist Church. He loved his family and helping anyone in need. His greatest love was Jesus. He loved to read his Bible and talk with the Lord in daily prayers.

In addition to his parents, he is survived by a son, Lake Ledford; a daughter, Gracie Ledford; a sister, Chrissy Brogden and husband Dustin; two nieces, Heidi and Abby Brogden; a nephew, Cole Brogden; and many aunts, uncles, and cousins.

A celebration of life service will be held at a later date at the family farm.

A memorial service will be held on Wednesday, Aug. 10, at 11 a.m. at Macon Funeral Home.  Pastor Steve Reeves will officiate.  The family will receive friends from 10 until 11 a.m. prior to the service.

In lieu of flowers, memorial donations can be made to the Hospice House Foundation WNC, PO Box 815, Franklin, NC 28744, or the charity of one’s choice.

She was an avid reader of the Bible, books and magazines and was a wonderful cook.

A memorial service will be held at First United Methodist Church in Franklin, at a later date. Rev. David Beam will officiate.

The family would like to thank CarePartners Hospice for their wonderful care.

Woody and Margaret moved to Franklin in 1987. They owned and Operated Long Power Equipment for many years. He was best known for being one of the best chainsaw sharpeners in Macon, County. He loved to sit outside in his swing and watch nature.

In addition to his parents, he is preceded in death by a sister, Nancy Mosco and a sister-in-law, Terry Long.

A Celebration of Life will be held on Saturday, Aug. 6, from 4 to 6 p.m. at Bryant-Grant Funeral Home & Crematory.

Online condolences can be left at bryantgrantfuneralhome.com.

No public services are planned.

Moffitt Family Funeral Care is honored to served the family.

She was born in New Jersey, to the late Vincent Nolan, and Marion Scully Nolan. In addition to her parents, she was preceded in death by her husband.

She was raised in Miami, Fla., where she attended the University of Miami and Sullins College in Bristol, Va., earning a master’s degree in education. She relocated to Franklin and taught and worked in administration at Rabun Gab Nacoochee School for 32 years. She enjoyed reading, crafting, and watching movies and loved spending time with her grandchildren.

A service will be held at a later date.

Born in Rabun County, Georgia, she was the daughter of the late Phil and Carrie Isabell Henry Craine. In addition to her parents, she was preceded in death by eight siblings, Albert “Dick” Craine, Lena Dendy, Lawrence “Chuck” Craine, Marie McCoy, Ethel Ramey, Pete Craine, Richard Craine, and Katherine Craine.

She was a member of the Blue Valley Baptist Church. “Tim” as she was affectionately known, loved fishing, hunting, being outdoors, working in her flowers and garden, and reading.

In lieu of flowers, memorials can be made to St. Jude Children’s Research Hospital, 501 St. Jude Place, Memphis, TN 38105.

Online condolences can be left at www.maconfuneralhome.com.

Bryant Loson Holland, 78, went to be with the Lord on April 14, 2020 at his home he built in Franklin, with his caring family by his side.

He is survived by his faithful and loving wife of 48 years, Diane Walters Holland; his sister, Audrey Holland Cook of Franklin; granddaughter, Alicia Aughtman (Buck) and great grandson, Jonathan, of Fort Bragg, N.C.; a grandson, Chance Dakota Holland of Franklin.

A celebration of life will be held Sunday, Aug. 7, from 2 to 4 p.m. at Pine Grove Church. Desserts and drinks to follow. Friends of the Holland family are invited to bring a dessert of their choice. 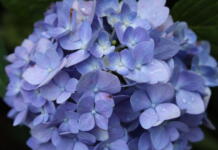