Born in Oconee County, South Carolina, she was the daughter of the late Grover and Doris Collins Rice. In addition to her parents, she was preceded in death by her husband, Thomas William Stiwinter; and a brother, Ralph Rice.  She was a member of Yellow Mountain Baptist church.

She is survived by two sons, Darren Stiwinter (Jennifer) of Cullowhee, and Scott Stiwinter of Hendersonville; two brothers, GF (Ruth Ann) Rice of Brevard and David Rice (Cheryl) of Rosman; five grandchildren, one great grandchild and numerous nieces and nephews.

A private graveside service will be held at Stewart cemetery with  Rev. Nathaniel Johnson officiating.

In lieu of flowers, memorials can be made to the Stewart cemetery fund, c/o of Carl Stewart.

Vaughn Robert Hastings, 77 of the Cartoogechaye community, went on peacefully to be with the Lord on Sunday, Dec. 6, 2020, at his home.

Born June 8, 1943, in Macon County, he was the son of the late Lawrence and Lura Roane Hastings. He was a veteran of the United States Air Force. He was stationed in Germany and served two tours in Vietnam. He was proud to have served his country. He enjoyed buying and selling all kinds of vehicles.

In lieu of flowers, memorials can be made to the Alzheimer’s Association.

A native of Rabun County, Ga., she was the daughter of the late Jesse Clayton and Jessie Marie Garland Taylor. In addition to her parents, she is preceded in death by two brothers, James R. Taylor and Denver C. Taylor. She loved working in her yard and caring for her beautiful flower beds.

In lieu of flowers, memorials can be made to Black Mountain Baptist Church cemetery fund or Franklin Hospice House Foundation.

Harold Bozeman Carter Jr., 89, of the Franklin community passed away on Dec. 3, 2020, in  Maggie Valley. He was born in Charlotte on May 26, 1931, to Harold Carter Sr. and Allene Gertrude Harrison Carter. In addition to his parents, he was preceded in death by his daughter, Rowena Hughes (Scott), first wife, Jane Council Carter and sisters, Rowena Warren and June Votik.

He was an entrepreneur, owning and operating several successful businesses. He was a nuclear engineer, studying at NC State, and loved sailing on his sailboat, “Poppy.” He also piloted private planes.

Smoky Mountain Cremations and Funeral Service of Clyde is caring for the family. An online register is available at www.smokymountaincremations.com.

He was a man who never met a stranger. A very friendly person. He was a people person and loved to hang out. He was laid back and enjoyed cooking, spending time with his family and kept in contact with those in Mexico. He was a home painter by trade and spent the last 15 years painting homes in the Cashiers area.

A memorial service for Jorge was held Saturday, Dec. 12, in the chapel of Macon funeral home, Deacon David Ramsey officiated.

Condolences may be sent to the family at www.maconfuneralhome.com.

In addition to her parents, she is preceded in death by her husband, James Edwin Stolp in 2002; her son, Timothy Mark Stolp; a son-in-law, Bruce Thames; sister, Ada Jean Crail Kasa; and her brother, Orland Crail

She lived a full and wonderful life. She attended Coweeta Baptist Church, loved her family and raised her children at home. She loved to cook, she loved flowers and even worked at a florist. She and her husband enjoyed traveling and took many trips together making memories. James and Lorene opened a booth at a flea market. They sold housewares and RADA knives.

Condolences can be sent to the family at www. Maconfuneralhome.com

She was born on July 24, 1933, in Highlands, N.C., to the late Mr. and Mrs. William Herbert Rice.  She moved to Florida at the age of 5 and later returned to the mountains to retire.

She was a wife, mother, grandmother, and a homemaker. She also worked as the daycare director and church secretary of First Baptist Church of Port St. Lucie, Fla. She loved to do needlework, work on crossword puzzles, and to cheer on the Yankees as they played.

She was a devout Christian who served our Lord by being a Sunday School teacher, Sunday School Director, Women’s Bible Study Leader, church pianist, and she sang in the choir.  Her favorite Bible verse was 1 Peter 5:7 – He careth for you. 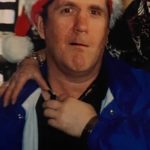 Michael Alan Crane “Whitey,” 70 of Highlands, N.C., passed away Monday, Dec. 7, 2020. He was born Oct. 1, 1950, in Rabun County, Georgia, to the late James Crane and Estelle Talley Crane. He enjoyed spending tome with his beloved family of nurses and staff members at the Fidelia Eckerd Living Center where he loved to sing, play Bingo and greet visitors. His smile and laugh served as a fixture there that will be greatly missed. He was known for his buck dancing and won many contests in his younger days. He was a veteran of the U.S. Army and was of the Baptist faith.

He is survived by two sisters, Sandra Baty of Highlands and Marie Bowie of Liberty, S.C.; two brothers, John Crane of Easley, S.C. and Tom Crane of Pickens, S.C. In addition to his parents, he was preceded in death by two brothers, Jim Crane and Bill Crane.

Bryant-Grant Funeral Home and Crematory is serving the Crane family. Online condolences can be made at www.bryantgrantfuneralhome.com. 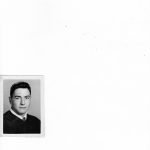 He was a graduate of the Franklin High School, Class of 1953 and was awarded a football scholarship for Western Carolina College. He later studied at Georgia Tech and graduated from Georgia State University.

He worked many years at Lockheed Martin Aircraft Corporation in Atlanta, as well as Florida, New Jersey, and Panama. After retirement from Lockheed, he enjoyed a successful career as a Real Estate Broker in the Atlanta area.

He was a happy person, always smiling, and felt that he had been blessed with a good life. He was always ready to participate in conversation and laughter. He was an avid golfer, especially enjoying playing the courses in Scotland. He was a longtime member of the Atlanta Athletic Club.

She was preceded in death by her father, Franklin Robert Turnbach; and sister in-law, Mary Turnbach.

She was a school bus driver for Macon County for 35 years, in fact, she recently drove the grandchildren of some of her first student riders. One of the best joys of the mornings on the bus, was to get to see the sun rise in the mountains. She loved to garden and enjoyed flowers very much, as the old wives’ tale says, she had a green thumb. She read in Proverbs every morning of every day. Her favorite Bible verse was Isaiah 40:31 which she recited as her prayer to her own children each morning as they boarded their bus. Fernandina Beach, Fla., was the beach she enjoyed the most and made memories with her family. She loved walking on the sand and looking for shark’s teeth in the surf. She enjoyed the sunrise and sunsets at the beach as well. She was passionate about seeing red tailed hawks and cardinals and she would always say “seeing a cardinal was God’s way of showing her He was near.”

A “Celebration of Life” will be held Saturday, Jan. 9, at Macon Funeral Home from 2 until 4 p.m.

Visit www.maconfuneralhome.com for updates on the service.

Born in Macon County, she was the daughter of the late Ed and Myrtle Brendle Welch.  In addition to her parents, she was preceded in death by her husband Charles Robert Southard; brother, Dubois Welch; and half sisters, Gladys Henry and Louise Parker. She had lived most of her life in Macon County and had worked for many years as a nursing assistant at Angel Hospital.  She was a member at Windy Gap Baptist Church and was very active in the Windy Gap Care Team ministry and her adult Sunday School class, as long as she was able.  She could often be found tending to her beautiful flowers and watching and feeding her birds.

A private funeral service will be held with Rev. Mark Bishop, Rev. Brian Browning and Rev. Brian Southard officiating.  Special singing will be provided by Coleman and Audrey Buchanan.  Graveside services will follow at Woodlawn cemetery.

In lieu of flowers, memorials can be made to Grandview Manor, Attn: Memory Care Unit, 150 Crisp St, Franklin, NC 28734  so that others can continue to have the outstanding and compassionate care that Jessie received.

Online condolences can be made a www.maconfuneralhome.com.

Rev. Billy Neal Rogers, 79, of Cashiers, N.C., passed away Thursday, Dec. 10, 2020. He was born Sept. 11, 1941, in Haywood County, North Carolina, to the late Roy Melburn Rogers and Annie Mae Cloer Rogers. He loved studying God’s word and was a pastor at Ray Town Baptist Church in Georgia. Deer hunting, fishing, and being a mentor to young children was a big part of his life. But above all, God and his wife Annie of 60 years, his children and grandchildren were his main reason for life. He was member of the Yellow Mountain Baptist Church in Cullowhee.

He is survived by his wife, Annie Locust Rogers; a daughter, Virginia Hill (Tim); four sons, Eugene Rogers (Tina), Jimmy Rogers (Sandy), Juan Edwards (Deborah) and Larry Edwards (Debbie); a brother, Brenton Rogers; seven grandchildren and nine great grandchildren; and many nieces and nephews. In addition to his parents, he is preceded in death by a sister, Relda Stepp; and three brothers, Junior Rogers, J.L. Rogers and Joe Rogers.

A memorial service will be held Sunday, Dec. 20, at 2 p.m., at the Yellow Mountain Baptist Church, Cullowhee, N.C., with the Rev. Carl Stepp officiating.

Bryant-Grant Funeral Home and Crematory is serving the Rogers family.

Online condolences can be made at www.bryantgrantfuneralhome.com.