He was a lifelong resident of Macon County. He enjoyed watching his favorite shows on TV and loved his family, and his dogs.

He is survived by his grandmother, Shirley Shaffer and was blessed with a loving family, which included numerous aunts, uncles, and cousins.

In lieu of flowers, memorials can be made to Shriners Hospital at https://donate.lovetotherescue.org.

He will be remembered as a loving man who cherished his family, especially his grandkids. He also enjoyed fishing and boating, but being on the golf course was his favorite hobby. He also was a bit mischievous, but he said his blue eyes could get him out of any trouble, and they did.

He is survived by his mother; his wife, Joann Struble of Otto; three step-sons, Jerry, Scott and Justin (Amanda) Fuller, all of Otto; four grandkids, Krayden, Kaol and Gavin Fuller and Levi Blanton; three siblings, Barbara Tussing, Sorrento, Fla., Linda Sanders and Mark Struble, Otto; and several nieces and nephews. He was preceded in death by his father, and his brother, Calvin Eugene Struble.

Online condolences may be made at www.moffittfamilyfuneralcare.com.

She was a loving and devoted mother, grandmother and friend.  She enjoyed time with all her “babies.” She had overcome many tribulations by reading her Bible, praying fervently and never losing her faith in Jesus.

A funeral service was held Friday, Dec. 3, in the Chapel of Bryant-Grant Funeral Home, with Rev. Jason Smith and Rev. Carson Gibson officiating.  Burial was in Iotla Methodist Cemetery.

No public services are planned.

Online condolences may be made at www.moffittfamilyfuneralcare.com.

Born in Tonawanda, N.Y., he was the son of the late Bernard LaRue and Thelma Mae McLain Swisher. In addition to his parents, he was preceded in death by a granddaughter, Ashlee Burd.

He loved to fish, work with the homeless and spent many hours volunteering in soup kitchens with Calvary Chapel Church in Florida, assisting with the Macon County GOP and served CCDO. He attended Cowee Baptist Church and Liberty Baptist Church, both in Franklin. He was a proud veteran who served in the United States Army.

He is survived by his wife of 35 years, Sandra Marie Lee Swisher; two daughters, Michelle Keisling of Milford, Mass., and Nicole Rosen of Angola, N.Y.; son, Michael Swisher of Tonawanda, N.Y.; and stepdaughter, Donna Burd of Franklin; four grandchildren, Nicholas Keisling and Lauren Keisling both of Milford, Allison Burd and April Burd both of Franklin: and two great grandchildren, Sophia and Xzavier Rios.

Jeremiah Gribble passed away on the afternoon of Thanksgiving. He prepared the turkey earlier that day; this was to be the best yet. Family traveled in from out of town and we were so excited to see everyone. The tragedy of his sudden passing leaves us all reassessing how precious life truly is.

He was phenomenal in the kitchen, always innovating and creating new, flavorful dishes. He had the uncanny ability to recreate dishes from his travels while somehow making them better than the restaurant.

Not only did he love creating memories through his love for his family and food, but he was a lover of all things art. Since childhood he had an interest in playing any instrument he could get hold of. He didn’t need to read music; he listened to tones and melodies, matching them until he was playing a full song. He taught himself by persistence.

He could sit down and, within minutes, create a masterpiece – though he would humbly call it a mere sketch. When he spent time drawing or painting, (watercolor was his favorite) he did so with purpose. He immersed in his world while creating, putting his heart and soul into everything.

Photography fascinated him. He learned all the inner workings and technical aspects so that, through the lens, he could portray what he saw in his mind. His drive to constantly create is so inspiring. J’s love for art and life continually grew throughout his journey as he was forever learning and evolving into the next phase – a continual metamorphosis. Continuing with the aforementioned talents, he’d always had a desire to make movies, both short films and feature lengths alike. This was to be the next step along with fine art prints. Every print planned to provoke each individual’s in-depth thoughts, to relate to and to create one’s own meaning through visual artistry.

In always having a love and zest for life, he felt driven to show how unique and beautiful humans are. He left a major impression on everyone who crossed his path; seeing the best in everyone is an amazing attribute. He was passionate about living life to the fullest and sought for everyone to understand that you can be and do anything if you want it badly enough. “No reserves, no retreat, no regrets” was a statement he lived by.

A few of his other passions were traveling, space exploration, gardening and being in nature. What better place to be in nature than with his best friend, Coda, the sweetest and most beautiful German Shepherd. They played games, swam and had so many fun-filled adventures. Coda loved spending all his moments with him. They had such a love for one another and still do.

Sarah Shuler, J’s cousin and best friend meant the world to him as he does to her. Business partners for the last decade, what began with photography evolved into a production company. This metamorphosis was a result of their shared passion to cover even more aspects of the art that they thrived to create.

Sarah will continue forward with their pursuit and proudly entwine J’s memory into each piece.

An insane amount of knowledge and creativity has left this world – leaving in us all an unmatched void that can never be filled. J truly was a multifaceted virtuoso that one rarely is lucky enough to witness in a lifetime. His beautiful mind was connected to something much more broad… the cosmos, perhaps. He was created to create as he lived it with every breath of his being. Art is his legacy.

No services will be held as per Jeremiah’s wishes. Friends and family are encouraged to celebrate him in any of life’s wonderful moments, keeping his memory alive.

He is survived by his mother, Michele Smiley; stepfather, Dale Smiley; grandparents, Michael and Joyce Wood; his cousin, Sarah Shuler and many, many other family members that meant so much to him. Heartfelt thank yous go out to everyone who has reached out and given love, kindness and support. J was such a selfless, giving person; he is missed more than words could ever express. Feel free to share photos and/or stories you may have with Jeremiah.

Born in Macon County, he was the oldest son of Thomas Gary and Phyllis Green Hedden. He was preceded in death by his daughter, Morgan Hedden; and father in-law, Duel Carpenter.

He was a member of Iotla Baptist Church, where he was a RA [Royal Ambassador] leader investing in the lives of young boys to help grow their relationship with the Lord. He was also a member of the Archery Club, and the Junaluska Masonic Lodge, where he was a Past Master. He was an outdoorsman, enjoyed fishing, hunting, and taking care of animals. In his spare time, he loved watching the Atlanta Braves. But the thing that he loved most was spending time with his family.

In addition to his parents, he is survived by his wife and best friend of 31 years, Kim Carpenter Hedden; two children, Blake Hedden (Destiny Cowart) and Olivia Hedden, both of Franklin; one brother, Phillip Hedden of Franklin; mother-in-law, Emma Lee Lovett (Walt); and sister-in-law, Valerie Norton (Steve) of Franklin; one nephew, Jarrod Hedden; one niece, Lauren Norton; and numerous aunts, uncles, cousins, and friends.

Gary Philip Boston “Hunkie” of Franklin, N.C., passed away on Nov. 22, 2021, peacefully at his home surrounded by family. He was preceded in death by his parents, two older brothers and two older sisters.

He was born on Oct. 27, 1961, in York, Me. He spent his life working in construction, painting, plumbing and carpentry. He enjoyed laying in the sun as much as possible.

He was the youngest child of 11 and is survived by four older brothers and two sisters and several nieces and nephews whom he loved dearly.

No funeral services are planned at this time.

Bryant Grant Funeral Home and Crematory is serving the Boston family. Online condolences can be made at www.bryantgrantfuneralhome.com.

He was born in Macon County to Ethel Passmore Carver and the late James Wesley Carver.

In addition to his father, he was preceded in death by his daughter, Betty Carver; siblings, Lily Parris, Bessie Cooper, and Ott Carver; and three grandsons, Logan Cline, Justin Halstead, and Jeremy Halstead.

He was an Army beteran who served in the Vietnam Conflict. He enjoyed puzzles, gardening, and loved to travel on his Harley.

A service was held at Macon Funeral Home on Monday, Dec. 6. Burial was at Woodlawn with military honors provided by VFW Post 7339 and American Legion Post 108.

In lieu of flowers, memorials can be made to the American Lung Association at https://action.lung.org/site/Donation.

He was born in Mexico City, Mexico, to Felipa Reyes Navarro, and the late Enrique Labra Mendoza. He enjoyed traveling, the beach and tending to his roosters. He was a hard worker and a loving father and husband.

Burial was at Woodlawn Cemetery.

He was born in Sebring, Fla., to the late Maron and Dorothy Williams Martin. In addition to his parents, he was preceded in death by his brother, Maron Merritt Martin Jr.

He was an Army veteran that served in World War II. He was an interim pastor at Iotla Baptist Church and a Supply Pastor at Higdonville and Yellow Mountain Baptist. He taught Hebrew and Greek for more than 20 years at Florida Baptist Schools.

The family will receive friends and loved ones at Iotla Baptist Church on Thursday, Dec. 9, from 1 to 2 p.m., followed by a service at 2 p.m.

Pallbearers will be Tommy Bennett, grandsons, and great grandsons.

He got his nickname of “Subaru Jim” for his love of Subaru vehicles. He moved to the mountains of North Carolina in 1979. For more than 31 years he owned and operated Lake Subaru which became Lake Auto. He was a United States Navy veteran where he was a Frogman.

In addition to his wife, he is survived by one daughter, Ann Mock and husband Jason; two grandchildren, Joseph Crane and Charles Mock; and Jason Copeland and wife Mary and their son Mason Copeland. 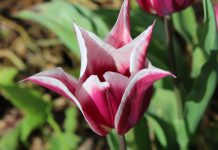