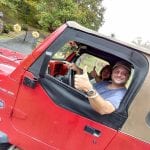 Patrick Richer, 50, died Feb. 4, 2019, due to a heart attack at his home in Franklin, N.C.He was born in November 1968 in Burlington, Vt., to Robert and Lise (Houle) Richer.He graduated from Champlain Valley Union High School in Hinesburg, Vt., and attended Vermont Technical College and Southwestern Community College in North Carolina. He was a gifted and talented artist who could draw anything and everything with such attention to detail. His favorite medium was pen and ink. He had a passion for music and spent many days drawing or singing and listening to his favorite bands. He loved creating cozy moments with ambience and good food. He enjoyed being in nature and spending time on the water fishing. He was a member of the Naked in North Carolina Jeep Club and spoke highly about his friends and adventures. He enjoyed volunteering for the Marine Toys for Tots program. He had a big heart and was very giving of himself. He loved to share a conversation and those who knew him will never forget the sound of his laughter.

He was a loving father, brother, and friend to many. He was preceded in death by his special friend Barbie-Dae Aziel. He is survived by his parents, Robert and Lise of So. Burlington, Vt., sister and husband Karen and Walter Lepuschenko of Fairfax, Vt., his daughter Natasha Diaz of Harmony, Fla., her brothers, Donald Forestner of Clermont, Fla. and Daniel Forestner of St. Cloud, Fla., girlfriend Victoria Mollica of Franklin, and close friends, Juanita Dowdle of Franklin, Peter Zunino of Long Island, N.Y., Dustin Buchanan of Fairfax, Vt., and many, many more.

There will be an opportunity to pay respects at Bryant-Grant Funeral Home on Monday, Feb. 18, from 1 until 3 p.m. His life will also be celebrated in Vermont at a gathering by family and friends with details forthcoming. In lieu of flowers, consider donating to Marine Toys for Tots Foundation, local animal rescue center or Humane Society. Bryant-Grant Funeral Home is serving the Richer family.   Online condolences at www.bryantgrantfuneralhome.com.

Nancy J. Cutchins, 75, of Franklin, N.C., passed away Feb. 4, 2019, at Angel Medical Center. She was a native of Macon County, daughter of  the late Warren MacMillian and Cora Wagner. She was retired from Burcliff Industries. She was a very loving and helpful individual. She put her heart and soul into helping whomever she could. She also graduated from Lake City Community College in 1983 with an associate degree in science. She was a member of Parkview Baptist where she served as a nursey worker. She resided in Franklin for many years but also traveled to Florida to visit and spend time with her family

She is survived by her companion of 20-plus years, Tom Guest; her daughter, Martha Sorrells; three granddaughters, Heather Austin of Oklahoma, Tiffany Radford and Kimberly Radford both of Florida; and 10 great grandchildren that she adored greatly.

Marilyn Ann Miller Best, 90, of Franklin, N.C., passed away Sunday, Jan. 27, 2019. She was born in Hannoverton, Ohio, to John and Marjorie Miller. She attended Miami University of Oxford Ohio and was the loving spouse and life partner of the late John “Jack” Best for 68 years. She was a member of Memorial United Methodist Church.

She loved baseball, reading and scriptural studies, charity, and “Praising her Savior all the day long.” She was beloved of all for her innate goodness and Christian compassion.

Online condolences are available at bryantgrantfuneralhome.com. Bryant–Grant Funeral Home and Crematory is serving the Best family.

She was born April 5, 1931, in Franklin, N.C., daughter of the late Furman Dean and Myrtle Shelton Dean.  She lived in Smiths Station and Phenix City for more than 40 years.  She worked at Cobb Hospital for more than 32 years, loving her job and getting to know and love the people of the area.  She was a faithful member of Epworth United Methodist Church.

In addition to her parents, she was preceded in death by a son, Jo Jo Parker and a brother Tommy Dean.

She is survived by her caring husband of 67 years, William “Bill” Parker; two sons, Dean Parker and wife Shannon of Mt. Airy, N.C., and Barry Parker and wife Jan of Selma, Ala.; a brother, Bobby Dean and wife Sherree of Phenix City, Ala.; three granddaughters, Katie Black (Jeff) of College Station, Texas, Alex Hughey (Zach) of Selma, Ala., and Emily Parker (Joe) of Charlotte, N.C.; three great-grandsons, Will Colquett, Rush Hughey and Jefferson Black; many nieces, nephews and extended family and friends.

In lieu of flowers, memorial gifts may be made to Epworth UMC, P. O. Box 430, Phenix City, AL 36868 or the charity of your choice in her memory.

She loved butterflies and asked that when you see a butterfly always think of her.

Condolences may be made online at www.vancebrooksfuneralhome.net. 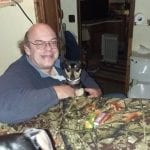 Anthony  (Tony) William Wykle, 41, of Franklin, N.C., passed away Friday, Dec. 28, 2018.  He was born in Jacksonville, Fla., the son of William Beasley Wykle of Franklin, and the late Deloris Jean Collins Wykle.

He attended the Seventh Day Adventist Church, and worked at Shoney’s; he liked fishing and was a ham operator.

In addition to his father, he is survived by his wife, Janet H. Wykle of the home and a daughter, Rachael Wykle of Hickory, N.C.

In lieu of flowers, the family requests that memorials be made to Bryant-Grant Funeral Home, 105 West Main Street, Franklin, NC  28734.

Bryant-Grant Funeral Home and Crematory is serving the Wyle family.  Online condolences are available at www.bryantgrantfuneralhome.com.

She was born April 25, 1939, in Sanford, Fla., to the late William Caryle Willingham and Margaret Matheson Willingham. She was a nurse working for many years at the All Children’s Hospital in St. Petersburg, Fla., and later working for Lake Hospital in Bradenton, Fla. She served in the U. S. Army and was of the Buddhist faith.

Survivors include her sisters, Peggy Wolfe and Jane Sprague both of Franklin, N.C.; a brother, William Willingham of Bradenton, Fla.; and many nieces and nephews.

No public services will be held at this time.

Bryant-Grant Funeral Home and Crematory is serving the Willingham family.

Born in Macon County, she was the daughter of the late Marion Ledford and Franchie Sanders Ledford.  In addition to her parents, she was preceded in death by her husband Bert “Ed” Waldroop; sister, Marie Ramey; brothers, Calvin Ledford, Ellis Ledford, and Wilson Ledford; and grandson, Patrick Penland.  She was a very active member of Louisa Chapel United Methodist Church where she served as a Sunday School Teacher and Lay Speaker.  She was also a travel guide for the “Waldroop Wanderers.” She had a giving heart, always wanting to help others.

A memorial service was held Sunday, Feb. 10, in the Chapel of Macon Funeral Home. Rev. Don Moffitt, Rev. Kevin Chapman, and John Rogers officiated.  Burial will be at a later date in Louisa Chapel UMC Cemetery.

In lieu of flowers, memorial donations can be made to Louisa Chapel Cemetery Fund, c/o Donnie Wallace, 477 Louisa Chapel Road, Franklin, NC  28734, or a charity of your choosing.