Born in Jackson County, she was the daughter of the late Leonard and Flossie McCall Potts. She was preceded in death by her parents; and brothers, Roy Potts and Jimmy Potts.

She was a member of Yellow Mountain Baptist Church. She enjoyed crocheting and spending time with her family, especially her four grandsons.

Graveside service will be Saturday, Jan. 21, at 2 p.m., at Potts Cemetery in Cullowhee with Rev. Tommy Holden officiating. The family will serve as pallbearers.

He was born in Jackson County to the late Clarence Edmond and Mattie Lou Cope Phillips. He was preceded in death by his parents; wife, Patsy Veora Self Phillips; brothers, Roy Lee Phillips, James Larry Phillips, and Clarence Edmond Phillips Jr.

He served in the U.S. Air Force and was a Korean War Veteran.   He was a member of the American Legion.

A celebration of life was held Wednesday, Jan. 18, at Iotla Methodist Church with Rev. D’Andre Ash officiating.  Military honors will be conducted by VFW Post #7399 and American Legion Post #108.

In lieu of flowers, memorials can be made to CareNet of Macon County, 130 Bidwell St, Franklin, NC 28734.

He was a member of the Riverside Fellowship Church.  He was proud of his service in the United States Navy.  He retired in 1972 after serving in both Vietnam and Korea.  Throughout his career he received five Good Conduct Medals, a Combat Action Ribbon, a Vietnam Service Medal, and a Vietnam Campaign Medal.  He was a member of the American Legion and the VFW.  After retirement he worked and retired again from the LBJ Job Corp.

He was an avid farmer and loved to raise tomatoes and keep bees.  His true passions were trout fishing and coon hunting.  In fact, he was a charter member of the Macon County Coon Hunters Association. He bred Redbone Coon Hounds and bred a United Kennel Club World Champion Redbone Hound.  He also loved to spend time with his large extended family.

A funeral service will be held on Thursday, Jan. 19, at Macon Funeral Home at 1 p.m., with Rev. Bobby Cloer officiating.  The family will receive friends from 12 until 1 p.m., one hour prior to the service.  Military Rites will be conducted by American Legion Post 108 and VFW Post 7339.

Karen Bertling was born in the 1970s on Nov. 14 in a small town called Brenham located in the larger-than-life state of Texas.

She was survived by her children, Carin and Earl, as well as a grandchild, Alexzander.

Many loved this woman for her fair but judgmental advice and motherly ways. She always had a warm hug, a kind word, and a huge heart for any in need; no matter how she was suffering. She was and always will be a giant piece of our puzzle and a big chapter of many books of life. We will do our best to carry her teachings and advice in our hearts and in our memory.

Born in Macon County, he was the son of the late Leonard John Holland and Clara Belle Arnold Holland. In addition to his parents, he was preceded in death by his wife, Margaret Crisp Holland; sisters, Eunice Queen, Hazel Wentz; brother, Hyman Holland; and brothers-in-law, Ernest Dendy and Ted Queen.

He was a member of Sugarfork Baptist Church for 59 years, where he served as the Adult Men’s Sunday School teacher, member of the building and grounds committee, as well as the counting committee. He was a veteran and served his country in the U.S. Army (1953-55).  He was also a former member of the board of directors for the Cullasaja Gorge Volunteer Fire and Rescue. He worked for Macon Program for Progress, helping build homes for  146 low-income families.  Later he started his own business, “Earl Holland Builders,” and built many more houses.  He enjoyed gardening, camping, cutting trees, and selling firewood.  At 89 years old, he climbed up in his dump truck and swept it out. He was not afraid of work and his hands proved it.

He loved the Lord Jesus Christ and continued to read chapters of the Bible each morning, but due to his health he was unable to read the last two days before he went to heaven.  He raised his children in church and demonstrated the value of hard work and love in his family. He loved spending time with his family. He enjoyed hunting rabbits, grouse, squirrels, turkey, groundhog and deer.  He also enjoyed trout fishing and could be found along the Cullasaja River or Cliffside Lake multiple days of the week during fishing season. He spoke often of his friends, family, and his “buddies” at breakfast at Hardees.  He experienced the blessings of God throughout his life and was a great example to everyone. He is now reunited with his wife, Margaret, whom he missed dearly.

In lieu of flowers, memorials can be made to Cullasaja Gorge Volunteer Fire Dept; Sugarfork Baptist Church; or Men’s Teen Challenge of The Smokies.

Nancy Ann Moger Lohan lived life on her on terms. She was an independent, caring, stubborn lady who never met a stranger and who was interested in the lives of those she loved. An unexpected phone call resulted in a cross examination or interrogation about what was wrong, what was the purpose of the call, and what action was required of her. Her love for her family shone through the questions, and they understood her being nosy was them being loved.

She never met a stranger. She especially loved cats and dogs, handing out treats to every animal that she met. She would not be rushed as she petted and spoke to all pups and kittens. If her companions were in a hurry, that was not her problem.

As an Episcopalian, she spent a good portion of her life caring for others as a focused, efficient registered nurse. The time she spent as a hospice nurse was very gratifying to her.

In her spare time, she loved watching crime, dramas, and who-done-its on television. When she traveled, her driving abilities came into question occasionally, but she was steadfast in her belief that her driving was above reproach even amid gasps and white-knuckled passengers.

She was born on Aug. 2, 1954, to Harry Irving Moger Jr., and Althea Anne Foster Moger. She passed from this life on Jan. 13, 2023. Her parents as well as three siblings, Kathy Hodge, Gary Moger, and an infant, preceded her in death.

She is survived by her children, Sandra Wagner (Leonard) of Leicester, N.C., and William Lohan (Shelly) of Moore, Okla.; and seven grandchildren, Alex, Will, Liz, Anna, Gavin, Siler, and Adam.

No local services are planned.

Larry M. Seagle born to Gladys Adams on Nov. 30, 1946. Her death was early in his age, and he was raised alongside Morris and Doyle Chapel known to him as stepbrothers. He was preceded in death by his wife, Willie Kay Seagle of 54 years.

He worked over 40 years combined with Dalton Rock and Vulcan Materials. He played softball and basketball for the love of the game., but he coached three generations for the compassion of the players.

Hunter Funeral Home is honored to serve the Seagle family. 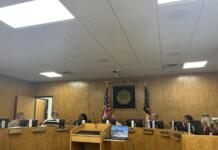